Closer to Cuba than Miami, our remote paradise of Key West transitions people from the fast-paced mainland life to a serene island atmosphere. It’s an atmosphere that excites the senses, yet simultaneously lulls overstressed individuals into a state of laid-back calm. 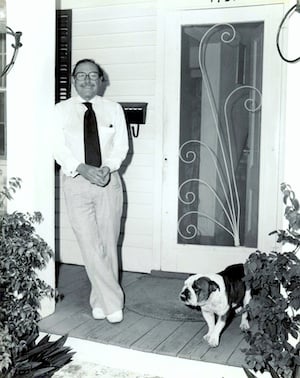 Tennessee Williams, one of the first gay writers to “discover” Key West, stands on the front porch of his island home. (Photo courtesy of the Ida Woodward Barron Collection, Monroe County Public Library)

So it’s not surprising that authors, playwrights, composers and poets have been lured to our island and seized upon its one-of-a-kind environment of creativity, natural beauty and sometimes eccentric qualities — making it the muse for some of their most acclaimed career accomplishments.

One: Tennessee Williams. Tennessee Williams, who visited and then lived in Key West from 1941 until his death in 1983, was instrumental in bringing national attention to the island as a gay mecca. The attention was partly due to his long list of celebrity guests, who were also quite the cast of characters — including Gore Vidal and Truman Capote.

A number of Williams’ world-famous plays were written in Key West and inspired by his decades of life on the island (many of which he spent with his romantic partner, Frank Merlo). His “written in the Florida Keys” accomplishments include “The Rose Tattoo” and “Night of the Iguana” among others. Tennessee was not just a famous playwright, but also an avid artist. Locals loved having him over for dinner, as he would usually bring a piece of his artwork as a gift.

Two: Leonard “Lenny” Bernstein. Composer and conductor Leonard Bernstein may be best known for the iconic musical “West Side Story,” the tale of star-crossed lovers Tony and Maria set against a backdrop of 1950s New York City.

However, one particular masterwork has a quintessential connection to our subtropical island city. Bernstein spent a considerable amount of time in Key West, and his first published piece of music, the “Sonata for Clarinet and Piano,” was written during his first visit to Key West in 1941. 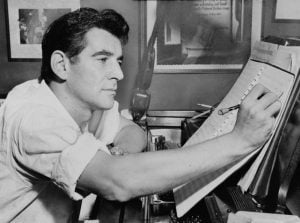 Leonard Bernstein, one of the first American-born conductors and composers to become world-famous, made his initial visit to Key West in 1941.

Bernstein also began a ballet titled “Conch Town,” whose name salutes the Key West natives known as Conchs. He was a frequent visitor until his passing in 1990.

Three: Elizabeth Bishop. Our island also welcomed its share of renowned poets, including Elizabeth Bishop, who won both a Pulitzer Prize and National Book Award, and also was the U.S. Poet Laureate in 1949-50. Bishop owned a home in Key West from 1938 to 1946, and was inspired to write many of the poems for her pivotal first book, “North & South,” during her time on the island.

Four: Terrence McNally. A four-time Tony Award winner, McNally began his career in 1964 and authored plays and musicals including “Ragtime,” “Kiss of the Spider Woman,” “Love! Valour! Compassion!” and “The Full Monty.”

For nearly 20 years, one of McNally’s favorite escapes from the hustle and bustle of New York City was his second home in the southernmost city of Key West. The late playwright was a regular at the island’s Waterfront Playhouse, which to this day frequently features his renowned works. McNally is included as a member of the Key West Literary Pantheon, honoring distinguished writers who have lived and worked in the city. 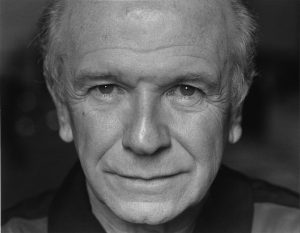 Five: Jerry Herman. Legendary composer and lyricist Jerry Herman — winner of Tony Awards for “La Cage aux Folles” and “Hello, Dolly!” — also graced the streets of Key West during the 1980s. During his residency, he owned and restored several Victorian homes in Key West’s historic Old Town district (along with his then-partner Marty Finkelstein). And guess what? He won awards for that, too.

Jerry returned to the island in 2007 to star in a tribute concert presented by the Key West Pops Orchestra titled “Welcome Home, Jerry Herman.” He dazzled the audience (including many of his previous neighbors) and was joined by three of his favorite performers: Leslie Uggams, Lee Roy Reams and Don Rebic.

Want to know more about the vibrant literary and cultural community in Key West and the Florida Keys?  Start exploring here or here — and enjoy!