History Lives in The Florida Keys 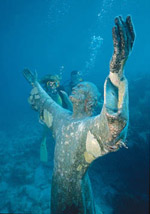 Not long after Christopher Columbus reached the New World in 1492, adventurer Ponce de Leon and fellow Spanish chronicler Antonio de Herrera set sail toward Florida in search of the elusive Fountain of Youth. They never found the Fountain but they did find the Florida Keys.

Here is precisely what Herrera wrote for posterity: "To all this line of islands and rock islets they gave the name of Los Martires [The Martyrs] because, seen from a distance, the rocks as they rose to view appeared like men who were suffering; and the name remained fitting because of the many that have been lost there since."

There is no record that anyone from their ship came ashore and for hundreds of years, the island chain was left mostly to the pirates. Eventually, the pirates were chased away by a fledgling U.S. Navy pirate fleet established here in 1822. 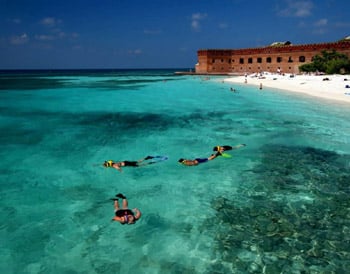 Settlers followed while the native Indian population, the Calusa and mainland tribes, died out. The early settlers set up groves of Key limes, tamarind and breadfruit. In the Lower Keys, pineapple farms flourished and a large pineapple factory was built which furnished canned pineapple to most of eastern North America.

In later years, a thriving shark processing factory was established on Big Pine Key. Amidst the abandoned farms, it employed workers to catch sharks and skin them. The hides were salted down and sent north to the home factory in New Jersey. Here, they were processed into a tough leather called shagreen.

Other settlers in Key West and in Islamorada became wreckers who salvaged goods from ships that foundered on the nearby reefs. Some say the wreckers deliberately lured ships onto the shoals. Whatever the truth, Key West became the wealthiest city in the United States. Later, sponge harvesters found a good market for the sponges they gathered in the waters of the Keys. Still later, cigar makers from Cuba established factories in Key West. Railroad tycoon Henry Flagler built his impossible railroad "that went to sea," and wealthy visitors traveled to vacation in the Keys. 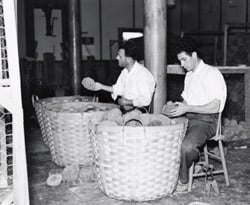 All this, in turn, died out, and in the Great Depression the Keys seemed to face a bleak future. The city of Key West went bankrupt. It was then, with federal aid, that Keys officials decided their islands still had something to offer: sea, sun and a good year-round climate. In the weather beaten, shabby era of the 1930s, the railroad was destroyed by a ferocious hurricane and the concept for a highway to take its place was born. The famed Florida Keys Overseas Highway opened in 1938, but the outbreak of World War II dashed prospects of tourist gold.

The U.S. Navy, which had driven off the pirates a century earlier, came to the rescue again by turning Key West into a submarine base. In 1949, shrimp were harvested commercially in the Keys for the first time. They quickly earned the nicknamed pink gold. Tourists finally began to come in earnest. Today, more than three million visitors arrive each year. For most, the Florida Keys are the closest thing they will ever find to the fountain of youth.