Brewed and Barrelled in the Florida Keys

Fans of craft beers, ales, rums and more can find plenty to tempt them in the Florida Keys, with the island chain fast developing a reputation for innovative, high-quality brewing and distilling.

Of the Keys' five distinct districts, two in particular are musts for visitors who want to treat their tastebuds while enjoying the laid-back Keys way of life.

Islamorada: 'a drinking town with a fishing problem'

Islamorada is widely called the sport fishing capital of the world, but it's also jokingly described as 'a drinking town with a fishing problem'! And for local brewers at the Islamorada Beer Company, it's home. At 82229 Overseas Highway at mile marker (MM) 82.9 sits a brightly coloured yellow-and-teal tasting room that has served some of the top-selling craft brews in the islands since 2014.

Chief among them is Sandbar Sunday, which exudes the Keys' weekend lifestyle of wading in the water with a cold one, while IBC's Islamorada Ale and Channel Marker IPA are available throughout the Keys at grocery stores, bars and restaurants. In-brewery-only beers such as the Key lime coconut-infused ale No Wake Zone, Old Road IPA with hints of roasted coffee and Sun Bum Honey IPA, a must-have for a day on the water, are also offered. The tasting room is open noon to 9 p.m. from Monday to Saturday and noon to 6 p.m. on Sundays; visit islamoradabeerco.com.

Owners Craig and Cheryl McBay, the latter born and raised in Islamorada, infuse local flavours such as Key lime, citrus and local honey into their brews. Visitors can sample and purchase beers at the brewery and taproom, which showcases the Keys art scene with Islamorada artists' murals and taps featuring unique mermaid structures. Popular brews include FlaKeys, a Belgian-style beer made with Key limes, and Hogfish beer with a note of local citrus flavours. The taproom is open 1-9 p.m. daily. Visit floridakeysbrewingco.com for more details.

Famed for the exploits of legendary reveller Ernest Hemingway, Key West has always been a great place to party. But now having a good time in the island city has taken on a distinctly local flavour.

In 2013, the Key West First Legal Rum Distillery opened in the island city at a former Coca-Cola bottling plant at 105 Simonton Street. The site is historically significant as a pre-Prohibition-era bar named Jack's Saloon. Guests are invited to tour the plant and enjoy free rum samplings during the distillery hours 10 a.m. to 8 p.m. Monday to Saturday, and 10 a.m. to 6 p.m. on Sundays. Private guided distillery tours and rum-tasting sessions feature quirky stories about Key West's rum-soaked past, often by distillery founder and local chef Paul Menta.

Currently there are at least a dozen different styles and flavours of the Legal Rum brand, including vanilla brûlée and other white rums flavoured with coconut or Key lime. Flagship bottles bear mug shots of former local residents guilty of alcohol contraband to match the distillery's interior, which is covered in old newspapers and additional jail mug shots. Visitors to the distillery have the option to buy up to two 750ml bottles at a time. For more information, visit keywestlegalrum.com.

Products at Key West Distilling, located at 524 Southard Street in historic Old Town Key West, include the island's first distilled vodka and whiskey as well as a variety of rums, all produced entirely in-house. The brainchild of New York native Jeff Louchhiem, the distillery opened its doors in 2013, creating handmade spirits that showcase Key West's unique culture and offbeat personality. Tours and tastings are available from 10 a.m. to 5 p.m. Monday to Saturday.

Flagship products include the Rumbunctious brand of Silver, Gold and Spiced rums; Spyglass Vodka; a newly released Horseradish Vodka; and Whiskey Tango Foxtrot, a whiskey aged for 11 months in old rum barrels. Batches are small - typically five cases for each batch of rum, on average - yet the distillery produces every day. Visit kwdistilling.com. 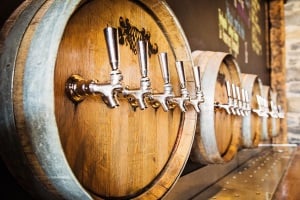 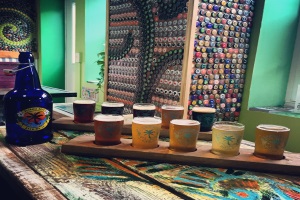 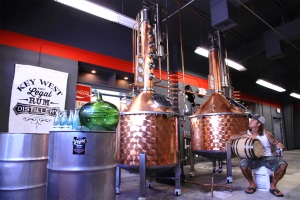 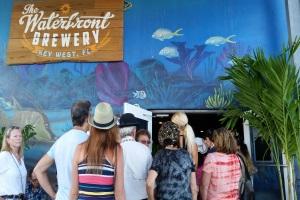 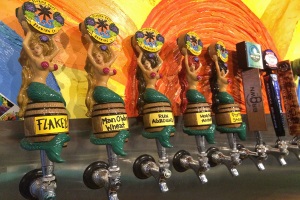