Keys enticing locales inspire tourism yet also attract advertising, television and movie industries casting the inter-connected islands as a character themselves. Much like a Caribbean island, the Florida Keys are linked to the U.S. mainland, often a budget-saving value for actors, crew and equipment providers. 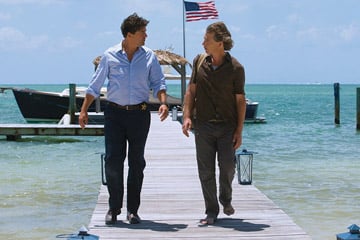 Kyle Chandler has also been nominated for an Emmy Award and Satellite award for his portrayal of John Rayburn.

Islamorada and several other Keys locations are featured prominently in the series, now in its second season of filming.

The Keys have also appeared in reality television shows. Recently, Destination America's Buying the Beach documented a local musician's pursuit of buying a private island for himself and his wife. 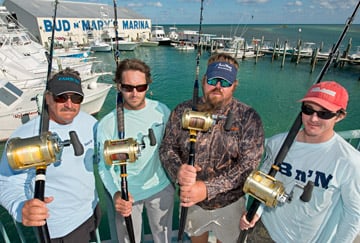 Along with its beauty and the diversity of species, the Keys' natural attractions and climate added to the show's appeal.

The series featured the daily competiveness of Keys sportfishing captains, and centered on relationships — on and off their boats — between George McElveen, Nick Stanczyk, his uncle Scott Stanczyk and Augie Wampler.

The Keys are the setting of countless weddings, as couples live out their love stories for audiences. Platinum Weddings was filmed on location in Islamorada to document the million-dollar wedding of two New York investment bankers and their guests at Cheeca Lodge and Spa.

Several foreign and domestic travel shows have been filmed in the Keys, including Travel Channel's Trip Flip, Man vs. Food, and Samantha Brown. Film crews from all around the world including France, Germany, Japan, the Netherlands, Russia, Spain, Scotland, Switzerland and the United Kingdom have selected the Florida Keys as a shoot location. 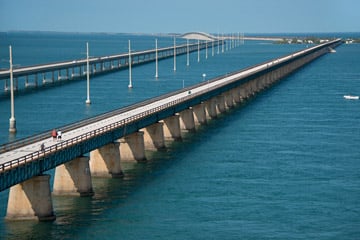 Before becoming California's governor, Arnold Schwarzenegger starred in a 1994 film with Jamie Lee Curtis called True Lies, shot partially in the Keys. The madcap caper, about a spy whose personal and professional lives collide, involved action sequences of helicopter stunts, a warehouse explosion and bridge blast — depicting segments that, constructed on Sugarloaf Key, in the movie replicated the iconic Seven Mile Bridge in the Middle Keys.

Scenes from Red Dragon starring Anthony Hopkins (2002) were filmed next to the popular Islander Resort at a resident doctor's home in Islamorada. The hideaway was portrayed as an escape for Edward Norton's FBI agent character to the Keys from Dr. Hannibal "The Cannibal" Lecter. 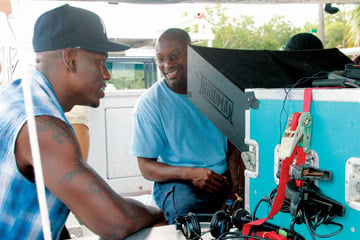 Also in 2002, the normally idyllic blue and green hues of water and palm trees flashed before viewers' eyes during the high-speed car chases along U.S. 1 and the Seven Mile Bridge in The Fast and the Furious franchise's second installment, 2 Fast 2 Furious, starring Tyrese Gibson and the late Paul Walker. 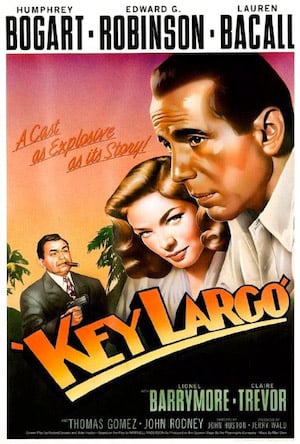 Filmed in whole or in part in the Florida Keys: 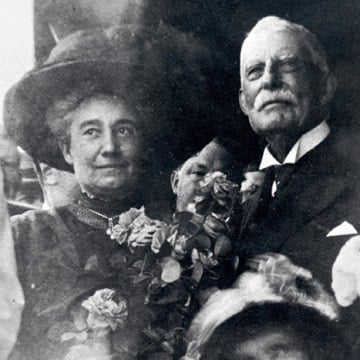 In 2012, WPBT Channel 2 in Miami premiered a one-hour documentary, Flagler's Train: The Florida Keys Over-Sea Railroad, to commemorate the 100th anniversary of Henry Morrison Flagler's arrival aboard the first passenger train to Key West on January 22, 1912. 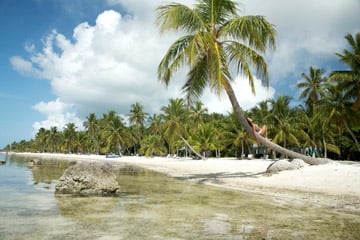 The beach at The Moorings resort

Islamorada's luxurious The Moorings resort is favored among fashion photographers, including Bruce Weber.

For a comprehensive listing of Florida Keys film productions, visit the website for the Florida Keys & Key West Film and Entertainment Commission.