The Highway That Goes To Sea 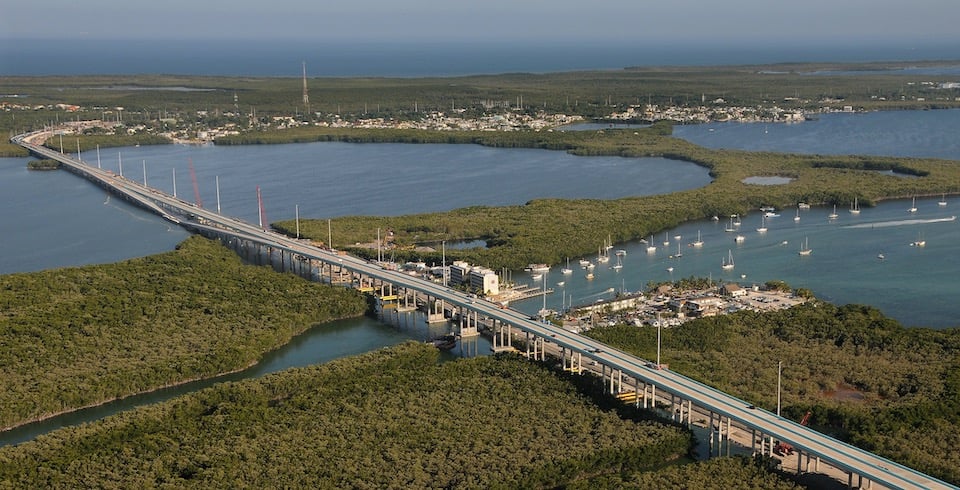 Driving from mainland Florida down the Overseas Highway, it's easy to understand why the southernmost leg of U.S. Highway 1 is often referred to as the "Highway that Goes to Sea."

A modern wonder, the 113 miles of roadway from Key Largo to Key West incorporates an astonishing 42 bridges leapfrogging from key to key in a series of giant arches of concrete and steel over the open waters of the Atlantic Ocean, Florida Bay and the Gulf of Mexico. 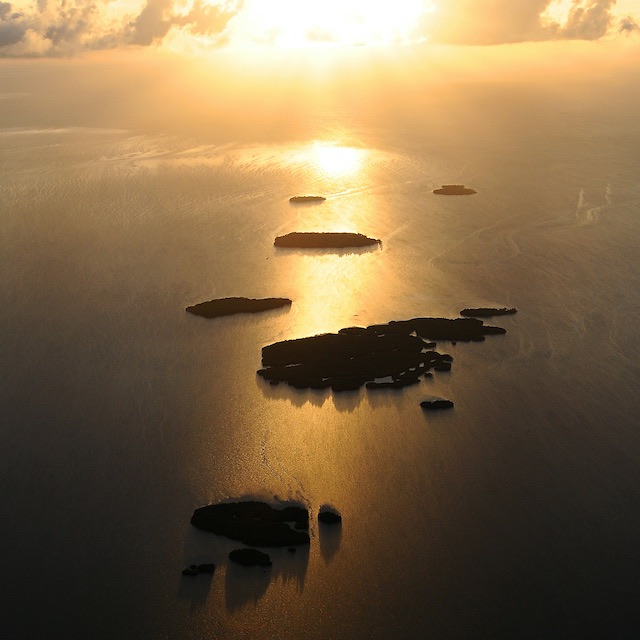 And what do visitors see? Countless coral and limestone islets in the sprawling Keys chain look tiny and fragile against the sea and sky. Yet despite their small size, these islands support lively, picturesque communities.

In 2009, the Keys highway was designated as Florida's first and only All-American Road by the US Federal Highway Administration, among only 30 other roadways in the nation that have earned the prestigious title. 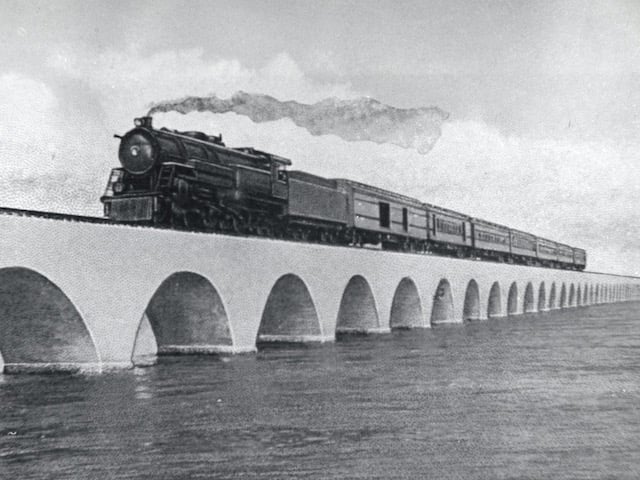 This Florida Keys Overseas Highway "bucket list" journey so popular with visitors to the islands follows a trail originally blazed in 1912 when millionaire Henry Flagler built what became known as the Florida Keys Over-Sea Railroad from Miami to Key West.

Flagler envisioned a train route connecting all the Florida Keys and mainland Florida. Flagler inspired an army of men to spend seven years constructing the railroad's bridges and land-based tracks, and in 1912 the first train pulled into Key West.

After only two-plus decades of carrying freight and wealthy vacationers, much of the railroad was badly damaged in a 1935 hurricane. The railroad ceased operations on the Miami-Key West link, following extensive damage to the roadbed by severe winds and erosion and the economic decline caused by the Depression era. Three years later the Overseas Highway debuted, built on a foundation that incorporated some of the original railway spans.

Construction of the Overseas Highway was an incredible engineering feat. In 1982, 37 original bridges were replaced with wider, heavier spans, including the well-known Seven Mile Bridge at Marathon. 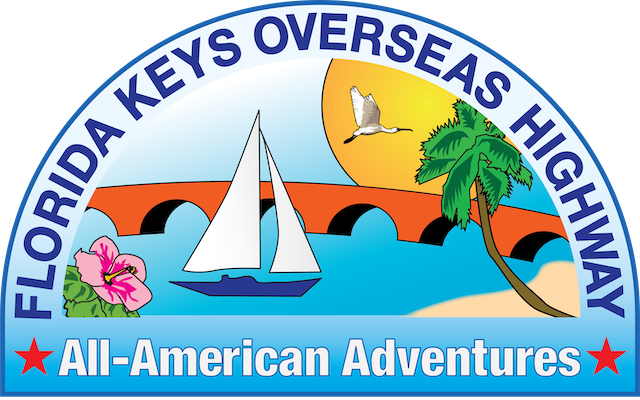 "Cruising" down the highway on your All-American Adventure, with passing miles marked by small green signs on the road's shoulder or median, the tang of salt air wafts in through the open car windows. 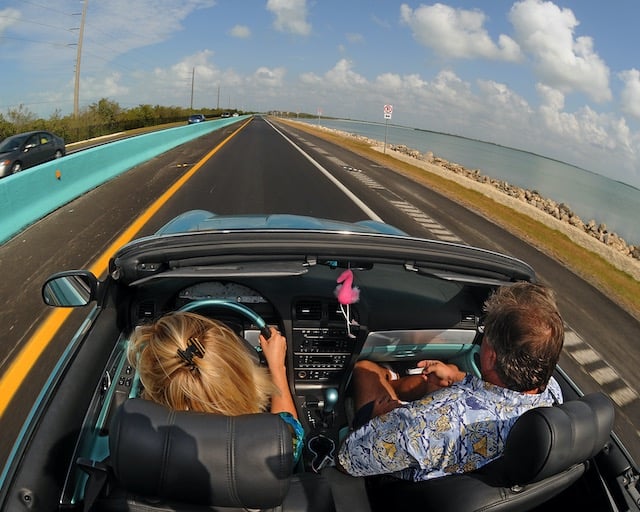 Overseas Experience Trails include highlights to see along the way. Click any trail below for a guide of must-see stops in each area of the Keys: 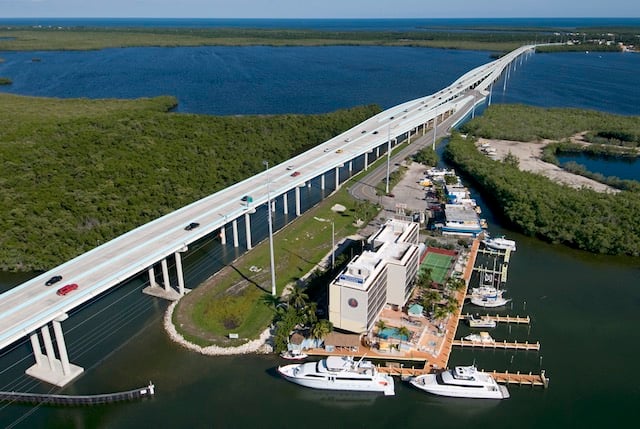 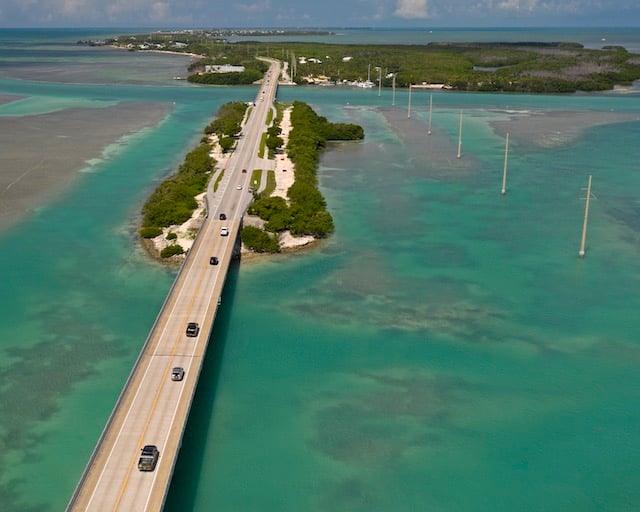 Islamorada is known as the Sport Fishing Capital of the World. Heralded for its angling diversity, it features the Florida Keys' largest fleet of offshore charter and shallow-water "backcountry" boats.

The Islamorada area also features eco-tours, watersports such as stand-up paddling and kiteboarding, tennis facilities, bicycle trails, historic hikes and beautiful vistas of both the Atlantic Ocean and Florida Bay.

Local restaurants range from very upscale continental to casual to downright funky. Many specialize in fresh-from-the-dock seafood, while others offer steaks, gourmet or ethnic dishes, and even pizza and hamburgers. 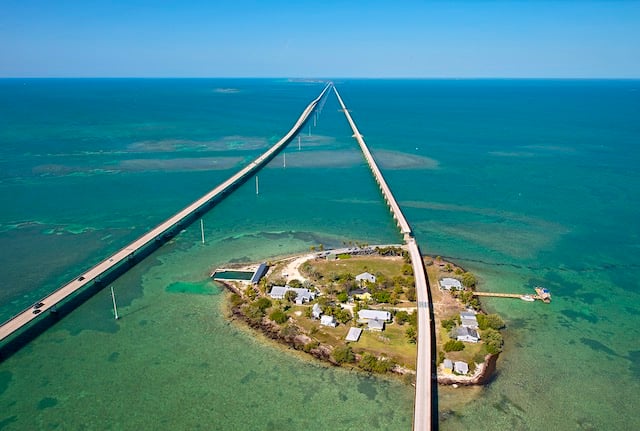 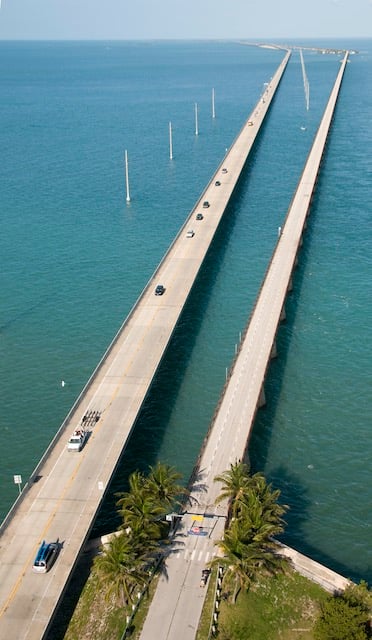 Just southwest of Marathon lies the undisputed jewel of the Overseas Highway: the Seven Mile Bridge. Driving across the 6.79-mile span over blue water, you realize why the original bridge was nicknamed "the eighth wonder of the world" after its completion in the early 1900s.

Today, drivers see many of the old bridges stretching alongside their modern counterparts. Some have become popular sportfishing piers. Chief among the original bridges is the Old Seven Mile Bridge, a weathered expanse of majestic arches and cracked roadway that parallels the new bridge — though its center span has been removed to allow boat traffic. Once a vital link between islands, it's being renovated to become a walking trail leading to Pigeon Key, a pocket-sized island with a restored railroad camp and museum showcasing Flagler's achievement. 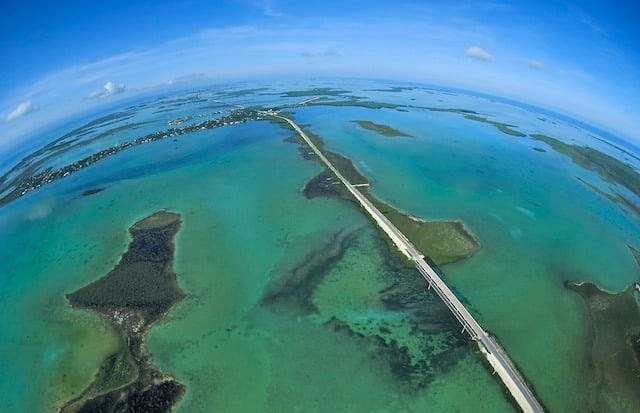 In Big Pine & the Lower Keys, the scenery becomes wilder and more deserted, and the environment is filled with abundant terrestrial and marine wildlife. In fact, the majority of its inhabitants have four legs, fins or feathers.

This least "people-populated" section of the Florida Keys island chain is a realm of small communities, ecotourism and wildlife refuges created to protect species including the miniature Key deer. Beautiful Bahia Honda State Park and the Old Bahia Honda Bridge beckon to the left of the road, inviting exploration.

Stretching from the west end of the Seven Mile Bridge at Sunshine Key, mile marker 40, to Stock Island at mile marker 5, the Lower Keys are home to two national wildlife refuges, part of a national marine sanctuary and a state park. The region's focus on the environment has earned it the title of the Natural Keys, and no visit would be complete without encountering some of its native wildlife. 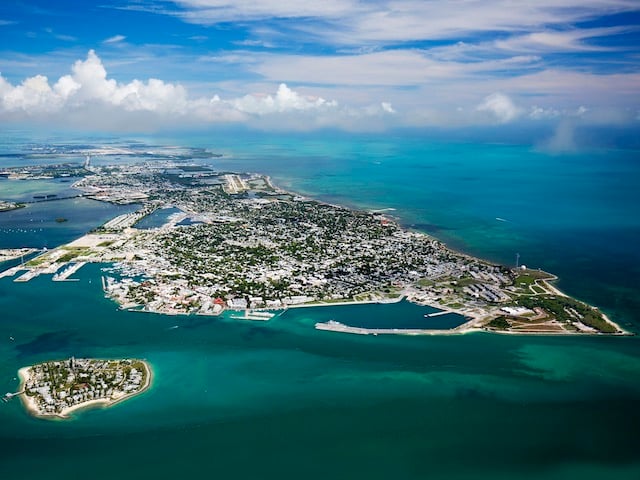 The island offers environmental attractions and eco-experiences, a lively multicultural culinary scene and sites to tour including the 1930s home of literary legend Ernest Hemingway and the "vacation White House" of former President Harry Truman.

The best way to enjoy Key West is to embrace the easygoing vibe, glean tips from friendly locals about their favorite places and pursuits, and experience both well-known and off-the-beaten-path offerings.

Veteran Keys travelers know a hurried approach is not the way to experience this laid-back destination. Take it easy. Experience the true flavor of each region of the Florida Keys.

Take pleasure in the ever-changing land- and seascapes to be viewed from the "Highway That Goes to Sea."