Hit songwriters from Nashville, Tenn., and around the United States are expected to appear during the four-day festival on various intimate stages. Individual singers and bands, both locally and nationally acclaimed, participate in the musical celebration.

Many performers are among an elite group of musicians helping shape the music industry today, excelling in genres that include pop, rock, blues, jazz and country.

Audiences can enjoy a range of tuneful offerings including the return of Nashville's Melody Guy, who has shared the stage with superstars Martina McBride and Keith Urban. Jamie Morgan is to play Christian pop originals and the Saints of Havana trio — Cuban brothers Rey and Cesar Montecristo and American singer Aaron Shea — brings country rock and cultural influences together.

A return performance is scheduled by young country artist Megan Conner, described as "a firecracker with Southern class and Northern sass," featuring songs from her latest album. The festival is set to kick off with a 5 p.m. live show Thursday, May 17, at Snapper's Waterfront Restaurant at 139 Seaside Ave., mile marker 94.5.

A live finale concert is scheduled Sunday, May 20, at Snapper's.

Admission is free to all venues.

The Saints of Havana are making their mark on the country rock scene, featuring American singer Aaron Shea and Cuban brothers Rey and Cesar Montecristo. 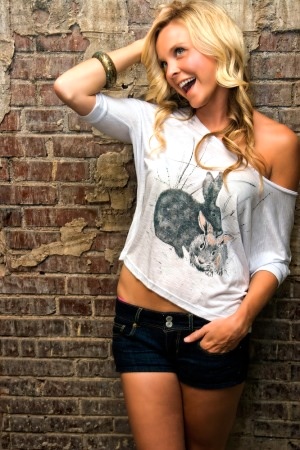 “A firecracker,” “raw emotion, and “southern class with northern sass” have all been used to describe country artist Megan Conner.