MARATHON, Florida Keys — Advanced divers seeking to celebrate the 100th anniversary of the Florida Keys Over-Sea Railroad's completion can do so by exploring an artificial reef derived from part of the original railroad bridge sunk off Marathon.

Henry Flagler's Over-Sea Railroad, lauded on its completion as the most unique railway in the world, connected the Florida Keys with mainland Florida and each other for the first time in 1912. Portions of its structure, which subsequently served as a foundation for a portion of the original Florida Keys Overseas Highway, lie submerged in 115 feet of water approximately 3.7 miles off Sombrero Lighthouse.

A favorite among experienced divers as one of Marathon's challenging drift dives, the Marathon Reef site was created in July 1982, shortly after a then-new Seven Mile Bridge opened to carry traffic. At that time, 4,500 tons of concrete and steel debris taken from the center swing span of the Old Seven Mile Bridge, also called the Moser Channel Bridge, were sunk.

The center swing span pivoted and swung away so tall vessels could transit between the Gulf of Mexico and the Atlantic Ocean. The original Seven Mile Bridge, like the new bridge, linked Marathon with the Lower Florida Keys.

Divers can explore the concrete and steel rubble spread over a 1.6-acre area, rising off a flat sandy bottom as much as 30 feet in some areas.

The Marathon Reef site is one of 13 artificial reef sites between Key Largo and Key West overseen by the Florida Fish and Wildlife Conservation Commission's Division of Marine Fisheries Management. 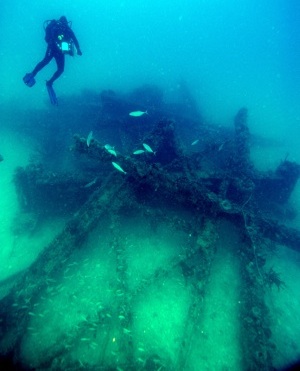 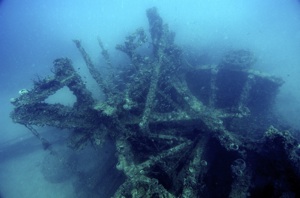 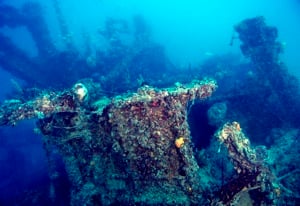 Moser Channel Bridge in the 1960s.