The Strange Saga of the Bat Tower

Until a few years ago, the Lower Keys were home to a peculiar landmark: a shingled tower rising above the foliage behind the Sugarloaf Lodge, located at mile marker 17 on the Florida Keys Overseas Highway. 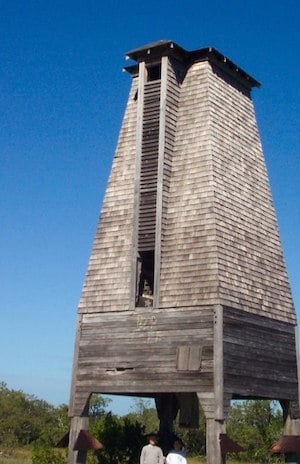 For many years the tall, weatherbeaten Bat Tower stood behind the Sugarloaf Lodge, looming over its surroundings and drawing scores of curious visitors. (Photo by Wayne Sheppard)

Tall and weather-beaten, looming over its surroundings, it was a strange monument to an innovative idea hatched in the Keys in bygone days. Locals called it the Bat Tower, and it was built at the instigation of a man named Richter Clyde Perky.

The year was 1929. While much of America was dealing with bank failures and the Great Depression, Richter Perky faced a problem far less earth-shattering but more immediately irritating: mosquitoes.

Perky was the largest landowner in the Keys in the late 1920s, and his pet project lay right at mile marker 17 —  the town of Perky.

It was designed as a fishing retreat for wealthy tourists. It had a lodge. It had a marina and a restaurant and guest cottages. And it had so many enormous mosquitoes that if an unwary tourist put his hand against a screen, the other side of the screen would almost immediately display a black handprint made of the hungry insects.

Obviously, the mosquitoes meant Perky’s enclave wasn’t an ideal setup for tourism, no matter how good the fishing. But Richter Clyde Perky was not a man to let something like that get him down. Somewhere he ran across a book called “Bats, Mosquitoes, and Dollars” — and Dr. Charles A.R. Campbell entered his life.

Dr. Campbell had written the book in an attempt to prove the importance of bats to control mosquitoes and the parasites they carried. His experiments resulted in the construction of several bat roosts in Texas to house the mosquito-eating mammals, and this work came to the attention of the desperate Perky.

The upshot? Perky requested that Campbell send him the plans for a bat roost, which Campbell reportedly forwarded free of charge, and construction on the Lower Keys tower began in March of 1929.

According to the doctor’s specifications, the 30-foot-high structure was located in a quiet area and left unpainted (apparently Campbell believed bats preferred unpainted buildings). It looked like a tall, angular, tapered edifice on four posts, with a louvered bat entrance. Completed in September of 1929, it was rumored to have cost Perky nearly $10,000 to build. 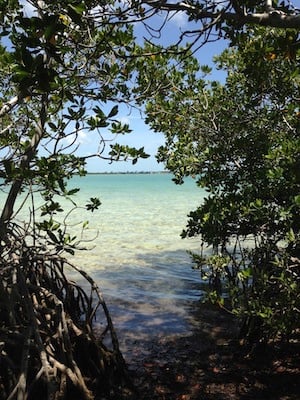 Today the Lower Keys are a paradise for lovers of eco-travel and those seeking a tranquil natural getaway. (Photo by Brett Fortenberry)

But the end of the construction did not bring an end to Perky’s mosquito problem. Bats, it seems, can’t easily be transplanted from one home to another — so a secret “bat bait” was provided by Campbell (for a small fee, of course) to entice bats to the tower.

The bait reportedly had a base of bat guano plus the ground-up sex organs of female bats. According to Perky’s construction supervisor, it smelled like “nothing else on earth.”

The bats were supposed to be irresistibly drawn by the bait, adopt the tower as their home, and leave it each night to devour mosquitoes for dinner. Unfortunately, things didn’t exactly work out that way.

Keys legend offers two versions of what actually happened. Some say Perky installed bats that flew away almost instantly, never to return. Others say the bait, no doubt becoming riper and riper under the Keys’ subtropical sun, remained in the tower for a year without attracting a single wandering bat.

When Richter Clyde Perky wrote to Dr. Campbell for another box of bait, he received word that the doctor had died — taking the secret of his formula for bat bait with him to the grave.

These days, the Keys’ Mosquito Control team is in charge of eradicating the pesky insects. Perky, who with the rest of the population came to appreciate the humorous aspects of his tower, has long since died.

The bat tower too is gone, a victim of storm winds and time. But longtime Keys residents and visitors still speak fondly of the quirky landmark that rose behind the Sugarloaf Lodge — a mute testimonial to Perky’s great idea.