Tastes and flavors of the Florida Keys are embedded deeply in the memories of visitors far and wide, so why not surprise family members and friends this season with delicious gifts of edible or sippable Keys creations? 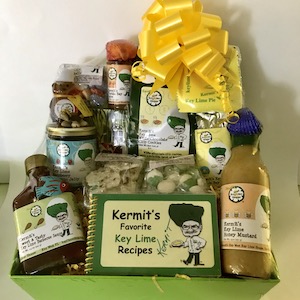 Kermit’s is known for its huge array of Key lime goodies, including treats for canine companions.

Gifts of food from the Florida Keys, influenced by unique confluences — the waters of Florida Bay and the Atlantic Ocean; Bahamian, Cuban and Floribbean cuisine; and the subtropical sweetness and tang of coconut, mango and lime — are sure to delight even the pickiest recipients. And most can be purchased online and conveniently shipped.

Let’s start with dessert. The island chain’s signature dessert of authentic Key lime pie, Key lime pie on a stick or tasty Key lime treats are what Kermit’s Key West Key Lime Shoppe is known for. You’ll even find Key lime treats for the canines on your gift list!

The Keys’ only chocolatier, Key Largo Chocolates, Cakes and Ice Cream, has colorful hand-crafted rich chocolates, Key lime pretzels, dark and white bark and cake balls, pecan pralines, salted caramels and other sweets. What could be more perfect for the “sweetest” people on your list?

For seafood indulgences or a memorably festive dinner, Marathon’s Keys Fisheries Seafood Restaurant, Market & Marina can ship — fresh off the dock — sweet and succulent Florida Keys stone crab, spiny lobsters, pink shrimp and local fish such as hogfish. The Keys, surrounded by aquamarine waters, are the world’s most fertile grounds for sustainable stone crabs, which regrow their claws after harvesting under strict state regulations. Don’t forget to include mustard and side sauces or seasonings! 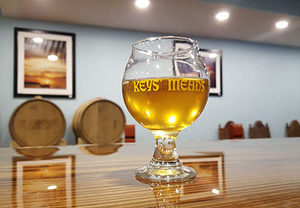 Key Largo’s Keys Meads, known for its unique honey-infused creations, is one of the few meaderies in Florida.

Thirsty merrymakers may appreciate a bottle of local rum (often a vital ingredient in Key West pirate lore and a spirit made famous by Ernest Hemingway, who quaffed frequent libations such as his “Papa Doble” daiquiri).

Keys Meads, the only meadery in Key Largo (and one of only a few in Florida) sells festive bottles of Holiday Spice mead — and for a truly unique gift, a Viking longboat tap handle. All meads are crafted with local honey. 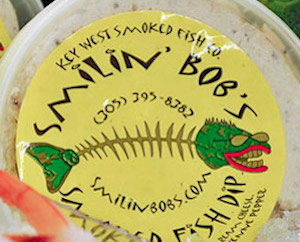 Sea salt and honey — two of the island chain’s newest Keys-crafted products — can be purchased through Key West’s SALT Gallery.

Some locally made goodies for discriminating foodies are available in popular retail stores or outlets around the U.S.

Smilin’ Bob’s Original Smoked Fish Dip, known for its light smoky flavor, can be found at more than 200 BJ’s Wholesale Club locations in 15 states and 300 Winn-Dixie stores in Florida and Georgia.

Some Keys Fisheries products — Key lime pie, seafood bisques and chowders — are available at some Whole Foods stores. Offerings from Keez Beez, with raw honey captured from bee honeycombs in the Keys, can be purchased online through Instacart and at some Publix and Whole Foods grocery stores.

What could be more festive than treats that provide a taste of the Florida Keys? For more Keys holiday gift suggestions, just click here.