WineDine events will draw culinary fans to participating restaurants in Key West and Islamorada from Sept. 15 to Oct. 15. (All photos courtesy of WineDine)

And from Sept. 15 to Oct. 15, culinary connoisseurs can explore it all during WineDine festivities in the creative hotspots of Key West and Islamorada.

Fans of fine food can enjoy multicourse prix fixe meals at a number of Key West and Islamorada restaurants during the event designed to showcase indigenous cuisine and the talents of Keys chefs.

The moveable feast was “cooked up” by the team behind the popular annual Key West Food & Wine Festival (which, by the way, is scheduled Jan. 24-28 and promises to be as appetizing as ever). WineDine debuted last fall as a Key West offering, and its popularity inspired this year’s expansion into the Upper Keys.

According to organizer Mark Certonio, participating restaurants in Islamorada and Key West will be offering three-course meals priced at approximately $20 per person for lunch and $35 per person for dinner.

For example, you can savor a dinner of coconut hogfish ceviche and coffee chipotle-crusted pork medallion, followed by mango caramel flan, at the historic Casa Marina Resort’s Sun-Sun eatery beside the Atlantic Ocean. Or head for Islamorada to discover equally sensational choices in the region known as the sport fishing capital of the world.

The concept is simple: just register free at winedinekeywest.com or winedineflakeys.com, and you can take part in the mouthwatering experience. 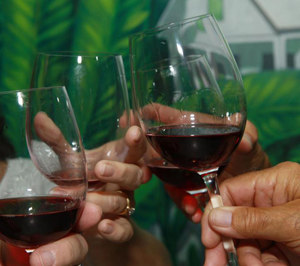 Fine libations too play a starring role in WineDine events.

You’ll discover plenty of details about the featured restaurants and their menus on the websites. But that’s not all — you’ll also find other local businesses, from spas to lodging properties, with enticing offers for event participants.

As well as delicious meals and other treats, WineDine is dedicated to saluting chefs behind the Keys’ distinctive flavor fusion. In a special website section, you can “meet” some of the people who pour their talent and passion into crafting ever-evolving dishes to delight diners.

Among those currently spotlighted is Chef Matthew Slattery, whose background includes touring as a personal chef for musical all-stars such as NSync before taking the helm at the Southernmost Beach Café. And Chef Jose Gomez from Spencer’s by the Sea at The Reach, acclaimed for his modern cuisine and avant-garde techniques. And other innovative spirits whose stellar professional resumes are reflected in their intriguing menus.

Literary legend Ernest Hemingway, who lived and worked in Key West for most of the 1930s, once wrote, “I have discovered that there is romance in food when romance has disappeared from everywhere else. And as long as my digestion holds out, I will follow romance.”

For years, the creativity and quality — and romance — of the Florida Keys’ cuisine have drawn food fanciers to the island chain. And the perfect time to follow that romance is this September and October … during the tantalizing WineDine restaurant month.