People from around the world are drawn to the Florida Keys, hoping for one-of-kind encounters with some of the unique animals, birds and marine creatures that call the Keys home. Whether observing rare birds, getting up close to a bottlenose dolphin or “meeting” a sea turtle in a world-class “rehab” center, there are plenty of ways to make lasting wildlife memories. 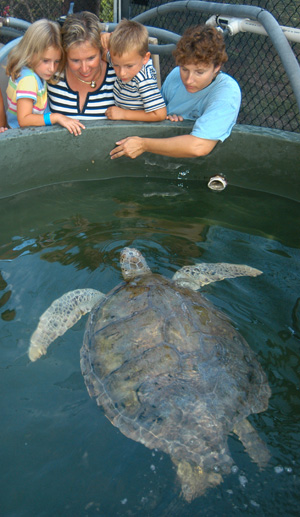 In the Upper Keys, spend a few hours at the Florida Keys Wild Bird Rehabilitation Center in Tavernier, a fascinating facility dedicated to the rescue, rehabilitation and release of native and migratory wild birds.

As well as a hospital that cares for birds before releasing them into the wild, the center is also home to a sanctuary that provides a humane, natural and protected refuge — with acres of wetlands that serve as a friendly habitat for injured birds that can’t safely return to the wild. It’s a singular pleasure to stroll the sanctuary’s boardwalk and view these beautiful creatures.

Few animal lovers can resist exploring the Lower Keys’ National Key Deer Refuge, an ideal location to encounter the tiny, shy deer. It was established in 1957 to protect and preserve habitats for wildlife — most notably the incredibly appealing deer, which are about the size of a big dog when fully grown.

The refuge encompasses more than 9,000 acres of prime Key deer territory, ranging from Bahia Honda Key to the eastern shores of Sugarloaf Key, out to the edge of the Gulf of Mexico.

It’s also a stopping point for thousands of migratory birds each year, and a winter home for many North American bird species. Two interpretive nature trails wind through the refuge’s pinelands into a tropical hardwood hammock — the perfect place to glimpse a Key deer (or several).

After encountering wildlife on land, continue your Florida Keys adventure by seeking out the creatures of the sea.

Ever since marine researchers discovered that dolphins just might rival humans among the world’s most intelligent mammals, people have been fascinated by the gentle creatures. In the Keys, it’s possible to swim with and learn about dolphins from experts devoted to their care.

Dolphin Research Center, located on Grassy Key, specializes in presenting marine mammal education and research programs. Founded in 1984 as a nonprofit facility, it’s home to a family of dolphins and California sea lions — most of them born at the center. Visitors can experience narrated dolphin and sea lion behavior sessions, as well as educational presentations every half-hour that offer insights into marine mammals and their environment. 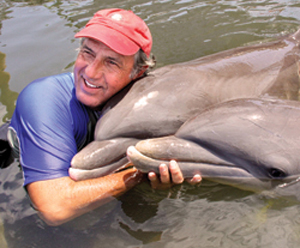 Consider signing up for an interactive program like Dolphin Encounter, the center’s swim program; Family Dolphin Splash, a wade-in program that offers the opportunity to get waist-deep in the water with dolphins; and others that showcase the research done at the renowned facility.

Another can’t-miss Florida Keys attraction is the Turtle Hospital in Marathon. The world’s first state-licensed veterinary sea turtle hospital, the unique facility opened in 1986 and is dedicated to healing injured sea turtles and returning them to the wild. If release isn’t possible, the turtle will become a permanent resident of the place or will be transferred to a “forever home.”

Take a guided educational tour of the hospital to learn how patients are treated, “meet” the current inhabitants, find out more about sea turtles and why they’re endangered, and gain personal insights into the turtles’ world and how to protect them in their natural habitat.

Of course the Florida Keys are also home to several other dolphin centers, refuges and bird and wildlife rehabilitation facilities. In fact, you’ll find lots of spots to encounter and interact with the island chain’s captivating creatures — and have “simply wild” experiences that become cherished memories.