Kyle Stuart brings his famous drag character Deja to life nightly in the “Sushi and the 801 Girls” show at Key West’s 801 Bourbon Bar. When he’s not entertaining audiences with his over-the-top costumes and makeup, he loves to be out on the water fishing and diving — even spearfishing and targeting lobsters. 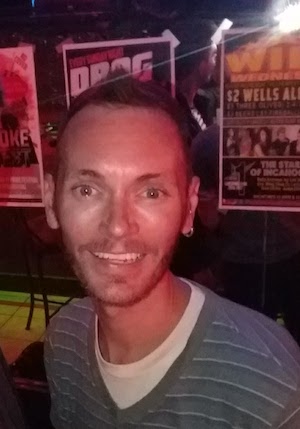 As well as performing Kyle is a dedicated cook who grows a lot of his own vegetables.

Kyle admits he’s not shy when it comes to fishing. In fact, he’s known to “catch them, clean them and cook them.”

I managed to “catch” Kyle himself the other night between drag performances to get the 4-1-1 on his life in Key West — and his beloved alter ego, Deja.

Keys Voices: When did you become a Key West resident — and why?

Kyle Stewart: I came to Key West for Fantasy Fest in 2005 … and met a local who really charmed me. Afterward, he visited me up in Fort Lauderdale where I was living. He told me that he needed help running his business and asked if I would like to come back to Key West for a week to help him out. After making the trip back and forth several times, I decided to move here and, by February 2006, I was a Key West resident.

KV: When did your drag career begin, and why did you choose “Deja” as your stage name?

KS: I did drag for the first time in 1998 with a group of friends for Halloween. I think I took it a bit more seriously than them because, shortly after that, I was competing in amateur nights and got bookings at clubs in the Orlando, Florida, area. The name Deja came from the movie “Higher Learning” with Omar Epps and Tyra Banks. Tyra’s character in the movie was named Deja, and I really liked the sound of the name!

KV: What were some of your inspirations for becoming a drag performer? 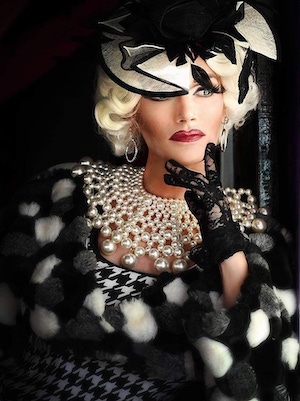 The dazzling Deja has between 75 and 100 costumes and learned her craft from some of drag’s leading ladies.

KS: I was very lucky as a young drag queen living in Orlando, because I was surrounded by some of the most amazing entertainers in the industry. Nazhoni was the fiercest club kid and most stunning diva I had ever seen, and she became my drag mother. Others that I looked up to and learned from were Carmella Marcella Garcia, Danielle Hunter, Page King, Cezanne and Tasha Long, to name a few. Unfortunately some of those beautiful people are no longer with us, but knowing them changed my life.

KS: The show in the 801 Cabaret was started by Sushi about 27 years ago. There are two shows every night at 9 and 11 p.m. Usually, there are three to four girls in each show doing anywhere from three to six numbers each per show. There’s also a different hostess for each show who orchestrates how the show runs and does the most interacting with the audience.

KV: How many costumes do you own — and do you have any favorites?

KS: I probably have between 75 and 100 costumes. I put them on a seasonal rotation, so it looks like I get new stuff all the time. I don’t particularly have a favorite costume — however, there are a few that get the most response from the audience when I walk out on stage. That’s what makes a costume a favorite.

KV: What do you think makes Key West a premier destination for LGBTQ travelers? 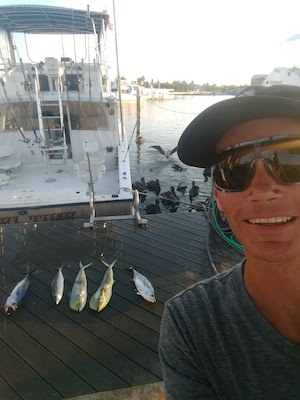 Kyle’s favorite Key West pastime is getting out on the water to go fishing and diving.

KS: They call Key West “paradise” for a reason. It is so beautiful and charming to visit here. Also, there are a lot of gay-owned or very gay-friendly businesses here, so LGBTQ visitors don’t have to feel uncomfortable when visiting the tropics and wanting to do fun things like boating, fishing, diving or sailing.

KV: Besides being an exceptional performer, what are your other talents?

KS: I wish I could say I was some sort of genius in costume design. I am, however, an amazing cook, and I grow a lot of my own vegetables. I managed to put together four rather large gardens in my yard, which was no easy task because we live on a coral rock island.

KV: You’ve lived in Key West for 16 years now; what is it about the island that keeps you here?

KS: I have been blessed with a job doing what I love that affords me a living in Key West. I have also been here so long now that friends have become family!