Come Back to the Keys Starting Oct. 1

Key West welcomed cruise ship passengers Sept. 24 — for the first time since before Hurricane Irma blew through the Florida Keys Sept. 10 — when the Empress of the Seas docked at a port facility beside the island city’s historic downtown. 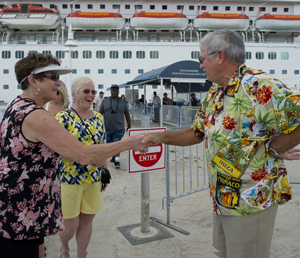 And on Oct. 1, visitors will be welcomed back to the 125-mile island chain — because that’s the day the Keys will officially reopen to travelers after Irma’s unwelcome arrival.

Of course, that doesn’t mean the Keys are completely back to normal, or that all tourism and lodging facilities are operating as usual.

In fact, potential visitors should call ahead to ensure that hotels and their favorite attractions are open.

Key West and the northernmost island of Key Largo reported the fewest impacts, but in other areas — especially the Lower Keys and parts of Marathon — many homes and businesses were hard hit by the Category 4 storm, and recovery efforts will continue for weeks or months.

But amazing progress has been made since Irma derailed residents’ electric power, running water and communications. By two weeks later, almost all power and water had been restored from Key Largo through Marathon, as well as throughout Stock Island and Key West, and most cell phones were once again working well. 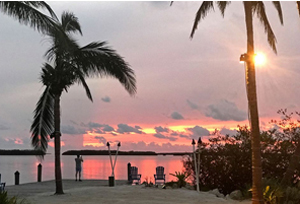 For Keys officials, the decision to reopen to visitors was based in great part on their concern for residents. Getting the islands’ tourism-based economy back up and running is vital for those who earn their living by serving visitors.

“We know we have a long way to go before the Keys fully recover,” said Monroe County Mayor George Neugent. “But because tourism is our top economic engine and many of our residents’ livelihoods depend on it, we also know that we need to begin asking visitors to return.”

“The people need to go back to work, and this is a huge part of our recovery,” summed up Key West Mayor Craig Cates, who was on hand to personally greet cruise ship passengers as they disembarked the Empress of the Seas. 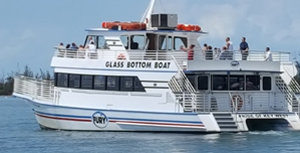 And the Florida Keys Overseas Highway, the iconic road that connects the Keys with each other and the Florida mainland, is open and in good condition.

But perhaps most important, the spirit and resilience of most Keys residents is in equally good condition, despite the difficult hurricane impacts and aftermath.

As an example of that spirit, many Keys special events scheduled for mid to late October are to take place as planned, according to organizers.