In Key West, there is an entire menu of “drops” across the southernmost city. At the Bourbon St. Pub complex, 724 Duval St., renowned drag queen Sushi is to star in the “Red Shoe Drop” festivities for the 25th year. Seconds before midnight, a super-sized red high heel carrying the elaborately gowned Sushi will be lowered from the complex’s balcony toward the cheering crowd below. Past “Red Shoe Drops” have been featured on CNN.

As well as Sushi’s lively banter prior to the “drop,” spectators can enjoy scheduled performances by notable female impersonators and other local and national talents on a street-side stage.

Street viewing of the entertainment and “drop” is free and open to the public. A limited number of tickets for a VIP balcony party overlooking the stage is offered each year; call New Orleans House Guest House at 305-293-9800 for VIP ticket availability.

Party people on lower Duval Street can watch the “drop” of a gigantic manmade conch shell, the symbol of the Florida Keys, to the flat roof of Sloppy Joe's Bar, 201 Duval St. Festivities are to be hosted from the rooftop by DJ Sanaris and, as a huge clock counts down the seconds to midnight, the supersized shell begins to descend. Live music and dancing inside Sloppy Joe’s round out the revelry. No reservations or tickets are taken for the popular outdoor event. Visit sloppyjoes.com.

In the Key West Historic Seaport, New Year’s Eve merriment is centered around the Schooner Wharf Bar, 202 William St., and celebrates the island’s colorful seafaring heritage. Just before midnight, a “pirate wench” is to be lowered from the top of a majestic tall ship’s mast — completing her descent as the clock strikes and cannons boom to welcome 2023. The event includes live music, dancing and festivities at the Schooner Wharf. Visit schoonerwharf.com/.

Revelers also can applaud a huge replica of a Key lime wedge splashing down into a larger-than-life margarita glass on the Sunset Pier at Ocean Key Resort & Spa, 0 Duval St., paired with a performance by The Beatle Band; the “landing” of a flight attendant in a section of a replica aircraft during a ticketed Gatsby-style party at First Flight Island Restaurant & Brewery, 301 Whitehead St., whose historic building is known as the birthplace of Pan Am; and the offbeat “tuna drop” at the Smokin’ Tuna Saloon, 4 Charles St. Visit facebook.com/SunsetPierKeyWest/, firstflightkw.com and smokintunasaloon.com.

Key West partiers can start their New Year’s Eve countdown clock a day early with the annual Fireworks and Glow Party Dec. 30 at Key West Marriott Beachside Hotel, 3841 N. Roosevelt Blvd. The event is free to attend and there will be free glow item giveaways. Attendees can dance to live music from special guest emcee DJ Sanaris starting at 6 p.m. until the fireworks show at 9 p.m. All proceeds from food for purchase support Take Stock in Children, providing educational support for Keys youth. Visit Spottswood Companies.

Also on Dec. 30, another fireworks viewing party takes place nearby at the Gates Hotel at 3820 N. Roosevelt Blvd. Enjoy live music by the Marshall Morlock Band. A portion of food and beverage proceeds supports the Highgate Charitable Foundation.

Elsewhere across the Florida Keys island chain there are many other ways to welcome 2023.

In the Middle Keys, Havana Jack's Oceanside Restaurant at 410 East Ocean Drive in Key Colony Beach invites everyone to boogie into the new year with live music from The Lady A Band starting at 4 p.m., along with dinner and drink specials starting at 5 p.m. A DJ will be spinning tunes from 9 p.m. until a complimentary midnight toast. Call Havana Jack’s for reservations at 305-743-4849.

The Lighthouse Grill at Faro Blanco invites partiers to toast the New Year with a complimentary glass of champagne and its famous anchor drop from the Faro Blanco Lighthouse at midnight. The party starts at 9 p.m. with a DJ, dancing, photo booth and more. The Lighthouse Grill's pre-party New Year’s Eve dinner is fully booked, but those interested can call 305-434-9039 to join the waiting list.

Islamorada’s Hog Heaven Sports Bar & Grill at mile marker 85 oceanside is having a New Year’s Eve party with live music by “Ego Free” from 8 p.m. up until their midnight fireworks show. Living up to the bar’s reputation as a top late-night spot in the Upper Keys, DJ Louis keeps the party rocking until 4 a.m. No reservations required. Visit hogheavenbarandgrill.com.

Two Islamorada resorts are welcoming both guests and nonguests that have dinner reservations to partake of special menus and celebrations.

Postcard Inn, located at mile marker 84 oceanside at Holiday Isle, welcomes guests and nonguests with reservations to the New Year’s Eve Party at Raw Bar with tropical cocktails and the “Touch of the Keys” seafood buffet, followed by live music and a DJ for dancing until well after the ball drops. Visit postcardinn.com or call 305-664-2321.

For the first time, Baker's Cay Resort has opened up a limited number of New Year's Eve resort passes for locals and non-guests to attend the resort's famous glow party and annual ball drop from 8 p.m. until midnight, along with a live DJ, photo booth, beachfront s'mores and a dazzling display of fireworks over Florida Bay. $70 adults, $35 children 3 to 12; age 2 and under free. Visit https://bit.ly/bakersNYE2023

Registered guests at the exclusive, couples-only Bungalows Key Largo resort will be treated to a full day of entertainment and activities, capped off by an elegant New Year’s Eve buffet, live music by Patrick and the Las Vegas Band, midnight fireworks and champagne. The property is located at mile marker 99 bayside in Key Largo. Visit bungalowskeylargo.com.

A complete roster of holiday activities and special events throughout the Keys can be viewed at fla-keys.com/calendar/. 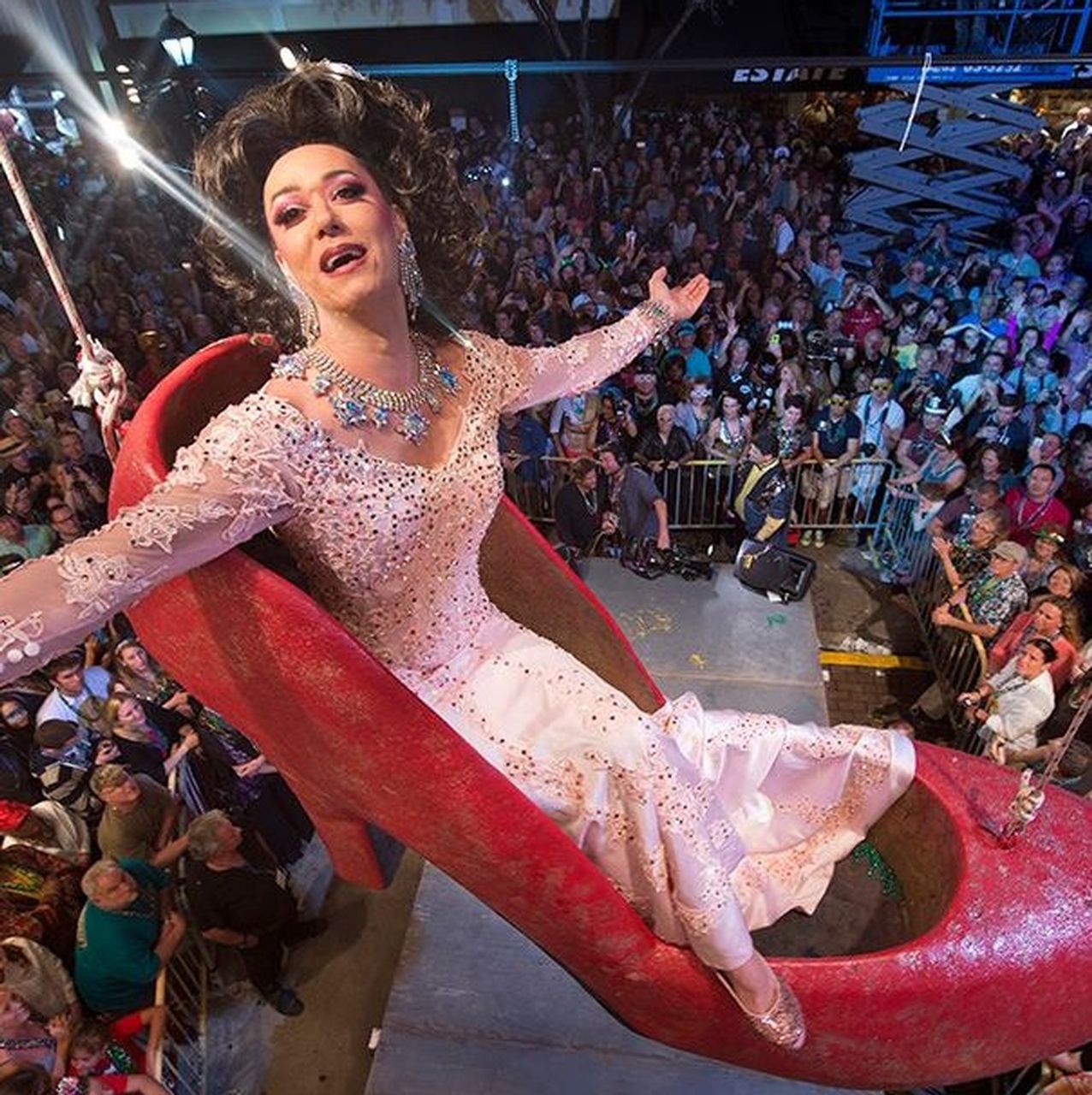 Renowned drag queen Sushi is to star in the “Red Shoe Drop” festivities for the 25th year. Rob O'Neal 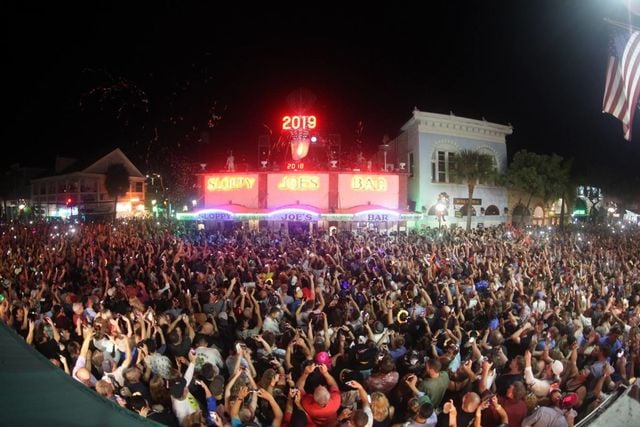 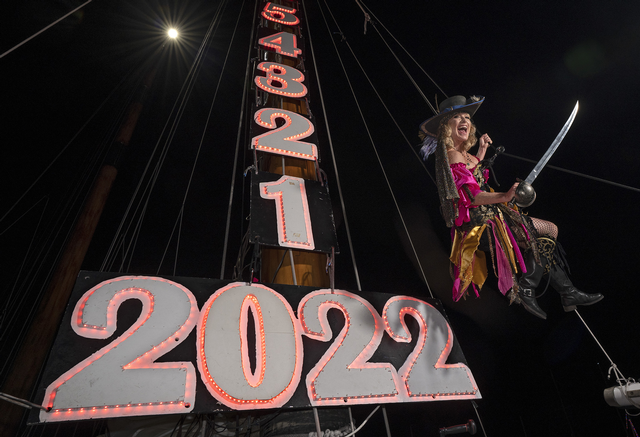 The Pirate Wench Drop is one of a half-dozen Key West celebrations set for New Year's Eve. 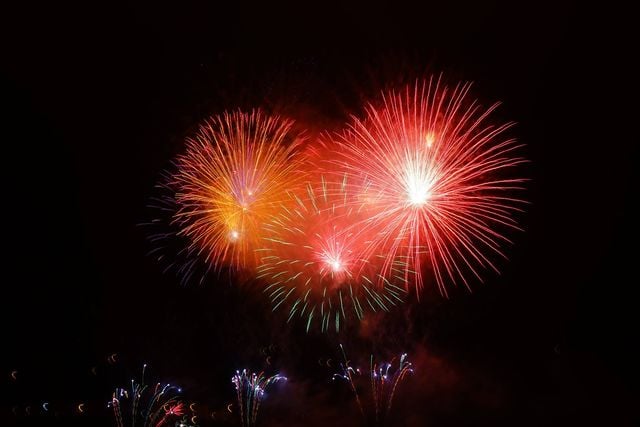 Dinner reservations at one of Cheeca Lodge & Spa's restaurants provides access to the resort's annual fireworks show over the Atlantic. 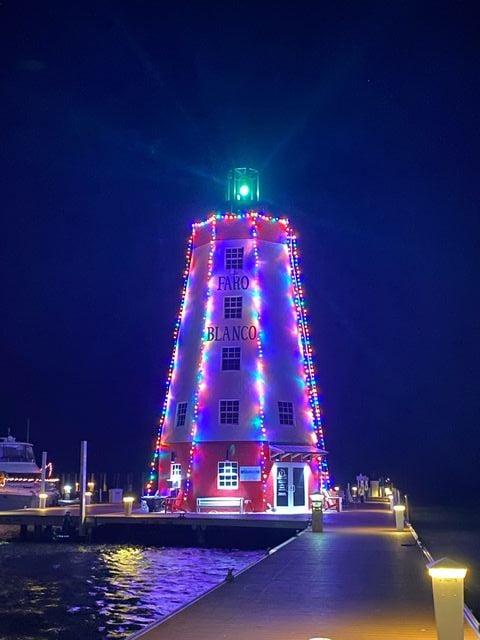