Rory Santana, who lives on Sugarloaf Key, took top honors for overall releases with a remarkable 840, including 136 bonefish and 50 tarpon. He also earned achievement awards in the tournament’s spin, plug and fly divisions, among others. His division-leading catches, many of them setting divisional records, included a 36.4-pound kingfish caught on fly.

Santana fished both on a private boat and on The OutCast with Sugarloaf Key’s Captain Tim Carlile. Carlile won multiple awards including flats-division guide achievements overall and for assisting his anglers to score the most divisional releases.

Earning the men’s out-of-county master angler title was Alan Langohr of Wayzata, Minnesota. His accomplishments included boating a 63-pound amberjack that was the tournament’s heaviest catch. He also released 15 permit, including a division-leading 22-pounder caught on 20-pound line, to tie for permit releases with his brother Larry Langohr of Neenah, Wisconsin.

Alan Langohr fished on the Super Grouper guided by Captain Chip Veach of Key West, who earned tournament achievement honors for guiding the most winning anglers in the general division.

Wells fished on Off the Rock with Captain Brad Nowicki of Key West. Nowicki earned a guide achievement award for leading his anglers to the most releases in the general division.

Julia Bernstein of Miami, Florida, earned the out-of-county master angler designation in the junior division with accomplishments that included 41 releases. Notable among them was a 20-pound permit caught on 12-pound line. In the 2021 tournament, at 10 years old, she took top honors in the peewee division.

Sierra Sterling of Key West earned the top award for in-county junior anglers. Fishing on the Reel Conch, she tallied catches including a 14.12-pound mutton snapper and a 9.8-pound bonito.

Kaiden Tomita of Key West took the master angler title in the peewee division for the youngest competitors. Significant catches included a 12.2-pound black grouper and a 14.6-pound cobia.

The 2022 tournament drew 241 participating anglers who entered 1,266 releases and 294 weighed catches. For a complete list of winners and their catches, visit keywestfishingtournament.com. 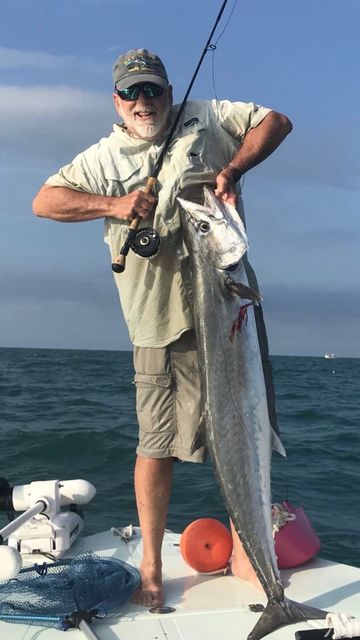