Slated to continue through Sunday, Nov. 13, the season-ending spectacular pits teams against each other on a 4.4-mile-per-lap course that features both rough and calm water conditions.

Racing action was originally scheduled Wednesday, Nov. 9; Friday, Nov. 11; and Sunday, Nov. 13. However, the potential for rough waters and squally conditions, emanating from the fringes of Tropical Storm Nicole, has forced organizers to cancel Wednesday's races. There are no Nicole-related tropical cyclone watches or warnings for the Keys, but there is a small craft advisory in effect for Keys coastal waters.

According to Race World spokesperson Rodrick Cox, a full slate of races remains planned for Friday, Nov. 11, and Sunday, Nov. 13.

The racing series offers an unparalleled experience for spectators. Boats can come within 50 yards of the Truman Waterfront grandstand area, providing fans breathtaking displays of skill and power.

Four races are scheduled per day on Friday and Sunday, featuring boats from multiple classes. Chief among them are the hotly contested Super Cat and Class 1, whose boats can reach up to 140 and 160 mph, respectively.

Fans can observe the action on race days from several areas on the Truman Waterfront including a VIP grandstand and hospitality tent with water shuttle transportation service. Other popular viewing areas include Key West’s Mallory Square and harborfront hotels.

General-admission tickets are available for the Key West Offshore World Championship, as are all-inclusive VIP spectator packages for the Truman Waterfront grandstand and hospitality tent. 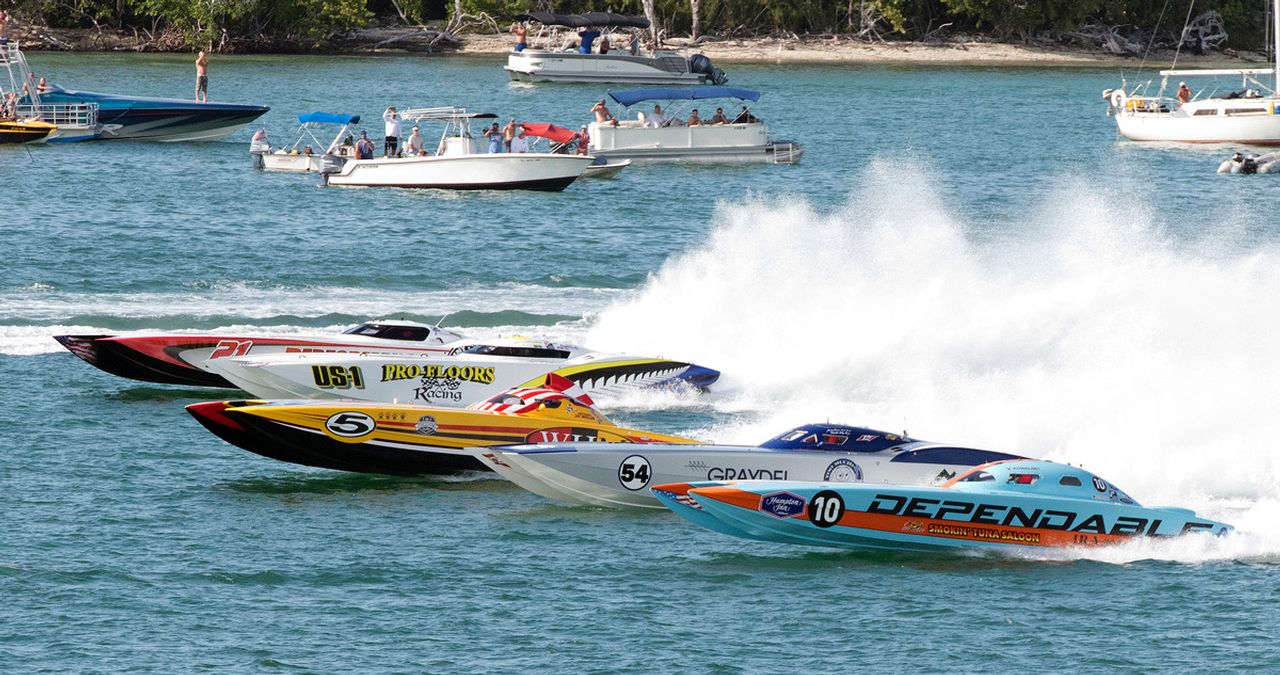 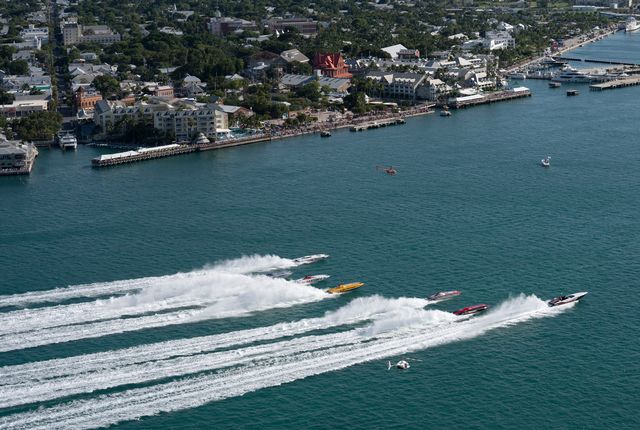 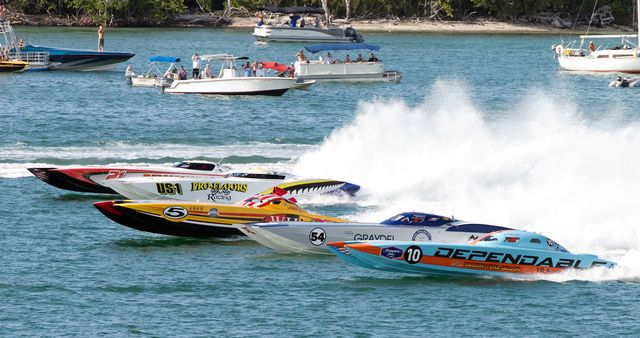 Fans can observe the action on race days from several areas on the Truman Waterfront. Image: Rob O'Neal