Dave Dipre: Steward of the Keys’ Fish and Wildlife

Dipre’s love of the Keys runs as deep as the 125-mile-long island chain’s waters he’s charged with protecting.

He even declined a recent job promotion to major — where he would be based in Gainesville, Florida, overseeing the agency’s North Central region of 17 counties — after deciding he just couldn’t leave the Keys.

Dipre’s biggest challenge includes the removal of derelict vessels scattered throughout Keys waters. Under his watch, about 3,200 have been removed — 1,600 through cooperative efforts with the Coast Guard and Monroe County, and the other half through private insurers or owners.

Dipre grew up in tiny Jennerstown, Pennsylvania, and did Army stints in locations including Fort Riley, Kansas, and Frankfurt, Germany. After leaving the military, he remained in Frankfurt as the Officer’s Club assistant manager.

Upon returning to the U.S., he attended college at the University of Utah. Subsequently he journeyed to the Keys to visit a girlfriend and in the early 1990s began his law enforcement career as a dispatcher.

Dipre met wife Kim, a now-retired FWC lieutenant, through the FWC. Daughter Sophia is a University of Florida student majoring in tourism, hospitality and event management.

To unwind, Dipre plays keyboard, piano and sings with his band, dubbed the 79th Street Band after a block party gig on 79th Street in Marathon.

Keys Traveler: When did you first come to the Florida Keys?

DD: A balance maintained among the environment, economics and politics. I want to see Keys residents become stewards over their home, and see tourists have a sense of appreciation for what is here.

DD: A couple of years into my career, I recognized the disrespect some individuals have toward the ocean’s finite marine resources. I saw individuals poaching, polluting, and living their lives without any regard for marine life or the environment. This lack of regard was a strong motivational factor for me.

KT: What are some of the affiliations and connections that help in your work to protect the local environment and unique lifestyle?

DD: Partnerships with the Monroe County Sheriff’s Office, Key West Police Department, U.S. Coast Guard, Florida Highway Patrol and U.S. Customs and Border Protection’s Border Patrol and Air and Marine Operations. However, our most important partners are the residents of the Keys.

DD: I am blessed to do what I do. My wife and daughter help to keep me focused. My band is another focal point. Even if it’s only a few hours each week and a couple gigs per month, doing music keeps me energized.

DD: Our work will never stop, so there is always opportunity to make a difference — even if it’s just a small difference.

DD: Be kind to one another. Be respectful to one another. A few mistakes and a few bad decisions, and your life could quickly be very different. Also when you’re out on the water, if you see something, say something.

DD: I have the greatest respect for the Conch Republic Marine Army, a very simple organization that just wants a cleaner, healthier Florida Keys. So, they volunteer time, put a little gas in their boats, go out and clean up ... everything! They may very well be the model of how we all should care about our Florida Keys. 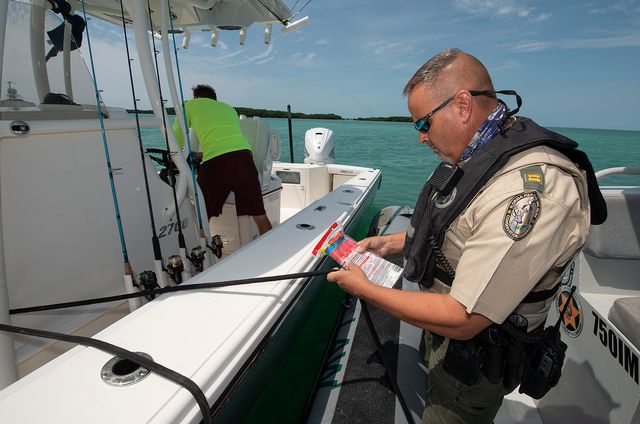 Dipre checks boaters' onboard safety equipment as part of a day's tasks on the water. 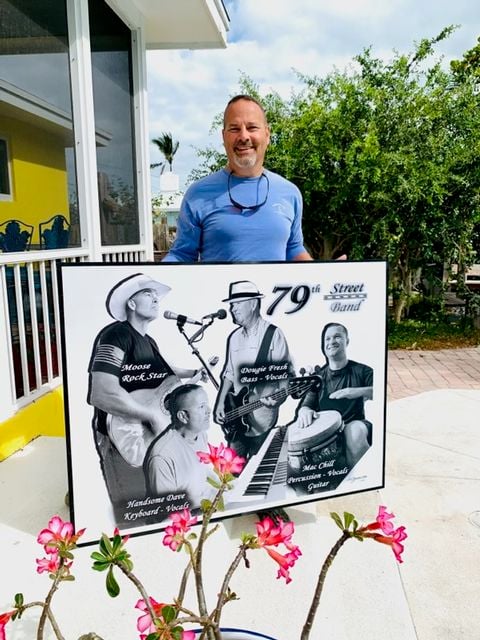 To unwind, Dipre plays keyboard, piano and sings with his band, dubbed the 79th Street Band 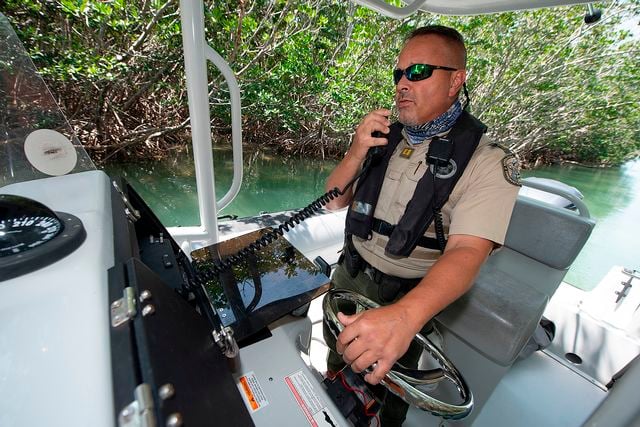 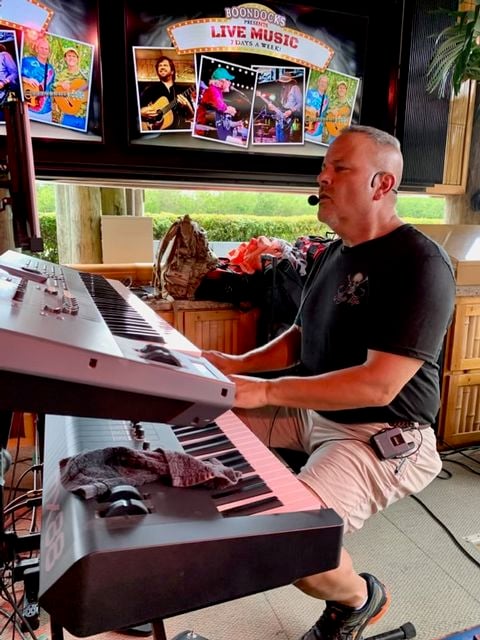 Dipre said in addition to his wife and daughter, doing music keeps him energized, even if it’s only a few hours each week and a couple gigs per month.