The contest takes place at Sloppy Joe’s Bar, 201 Duval St., where the legendary author often enjoyed cocktails with literary and local cohorts. The event is a highlight of the annual Hemingway Days celebration of his writing talent, sporting pursuits and colorful Key West lifestyle.

While the 2020 look-alike challenge was canceled because of the coronavirus pandemic, organizers announced in May that the 2021 competition would take place. Preliminary rounds are slated for 6:30 p.m. July 22 and 23, with the final round to begin at 6:30 p.m. July 24.

Since the contest’s inception in 1981, aspiring “Ernests” have come from around the United States and many other countries to compete. Often dressed in khaki safari garb or wool fisherman’s sweaters that recall Hemingway’s typical attire, they step onto Sloppy Joe’s stage and attempt to impress a judging panel of previous contest winners.

The festival’s other look-alike highlights include Sloppy Joe’s “Running of the Bulls,” inspired by the world-renowned run in Pamplona, Spain, but featuring look-alikes promenading with fake bulls. Preceded by a photo opportunity at noon, the extravaganza begins at 1 p.m. Saturday outside Sloppy Joe’s.

Also scheduled is a “meet and greet” for contestants and their fans at 5 p.m. Wednesday, July 21, at Sloppy Joe’s, with a chance to sing “Happy Birthday” in commemoration of Hemingway’s July 21 birth. Thursday, the bearded brethren are to announce the recipients of the Hemingway Look-Alike Society’s annual scholarships. And at 1 p.m. Friday, fans can cheer their favorites in the “Papa” Hemingway Look-Alike Fish-Off, a dockside catch-and-release challenge using traditional “Cuban yo-yos” at the Conch Republic Seafood Co. docks, 631 Greene St.

Hemingway Days 2021, set for July 20-25, features other events including a three-day marlin tournament, a museum exhibit of rare Hemingway memorabilia, literary readings and presentations, a 5k run and paddleboard race, a street fair and the announcement of the winner of the Lorian Hemingway Short Story Competition.

Ernest Hemingway lived in Key West for most of the 1930s, writing “For Whom the Bell Tolls,” “The Snows of Kilimanjaro” and “To Have and Have Not” among other literary classics. 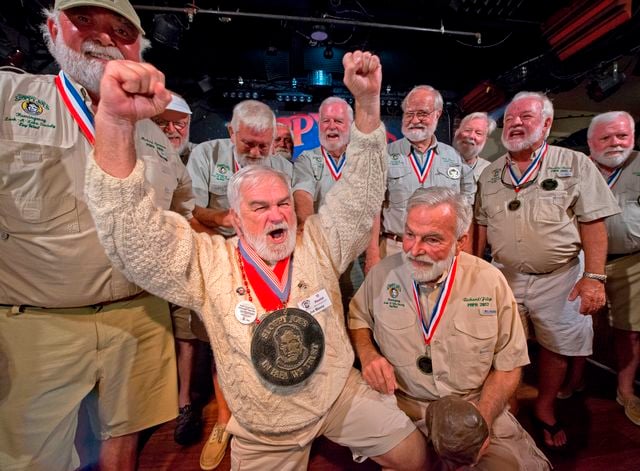 Joe Maxey, second from left, celebrates his victory at the 2019 Hemingway Look-Alike Contest at Sloppy Joe's Bar. Competing for the eighth time, Maxey beat 141 other contestants to claim top honors. 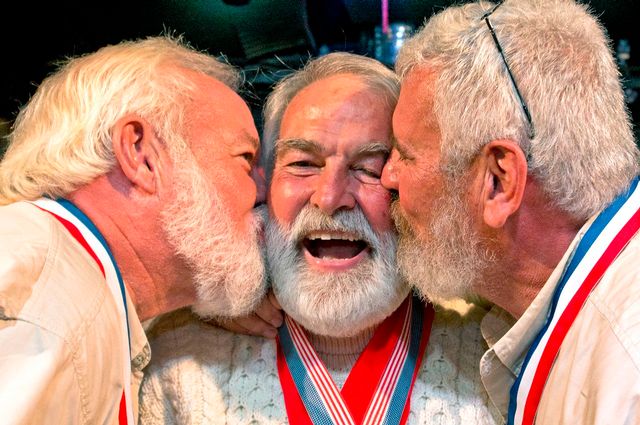 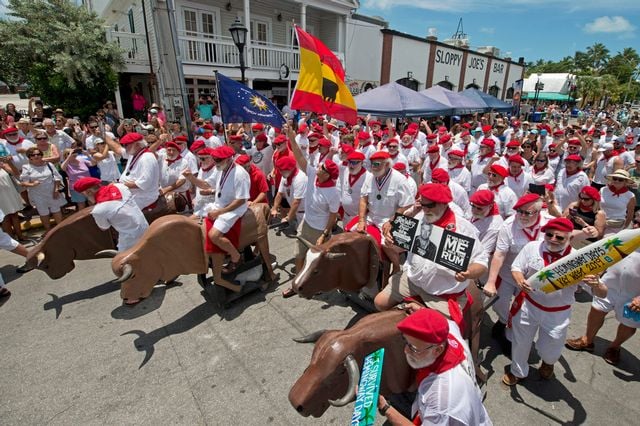 Other look-alike highlights include Sloppy Joe’s 'Running of the Bulls,' inspired by the world-renowned run in Pamplona, Spain, but featuring look-alikes promenading with fake bulls.