Considered the service’s flagships, the cutters gained some notoriety for battling German U-boats on the North Atlantic and in the Mediterranean.

Commissioned Aug. 1, 1936, Duane was named for William John Duane, the third secretary of the treasury, who served under Andrew Jackson. The vessel’s lengthy service included escort and patrol duty in the Pacific, North Atlantic, support missions off the coast of Vietnam, flagship operations during Cuba’s Mariel Boatlift in 1980 and numerous drug busts in Caribbean and coastal waters during the 1980s.

Both serving more than 40 years, Duane and Bibb became two of the oldest active-duty cutters in the Coast Guard fleet.

Since becoming two of the Keys’ most intriguing artificial reefs, the Duane and Bibb wrecks have attracted large pelagics and sizeable sea turtles. There's no shortage of big barracuda or the occasional manta ray or whale shark, especially during springtime migrations. Corals, gorgonians and basket sponges cloak the twins’ decks.

Bibb rests on its starboard side on a sandy bottom in 130 feet of water, making for an interesting dive perspective from stern to bow with its crow’s nest pointing sideways at approximately 85 feet. The port-side propeller is reachable at 100 feet. Large schools of striped grunts and other reef fish species crowd in and out of the portholes near the flying bridge and other swim-throughs.

Due to their depths, both wrecks are recommended for advanced or specially trained divers. 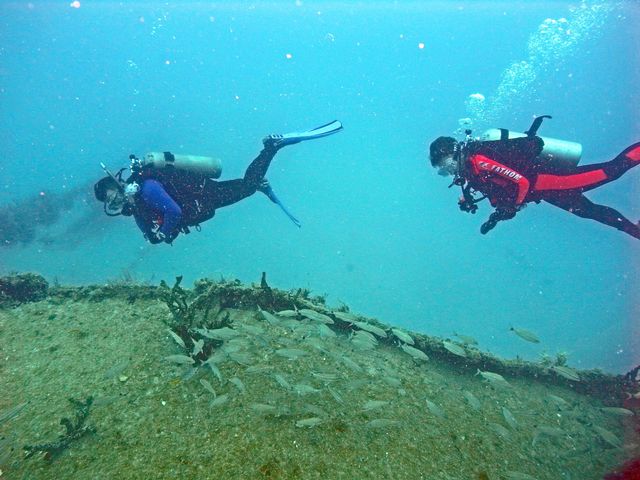 Divers explore the Duane, that is also part of the nine-shipwreck-site Florida Keys Wreck Trek program. 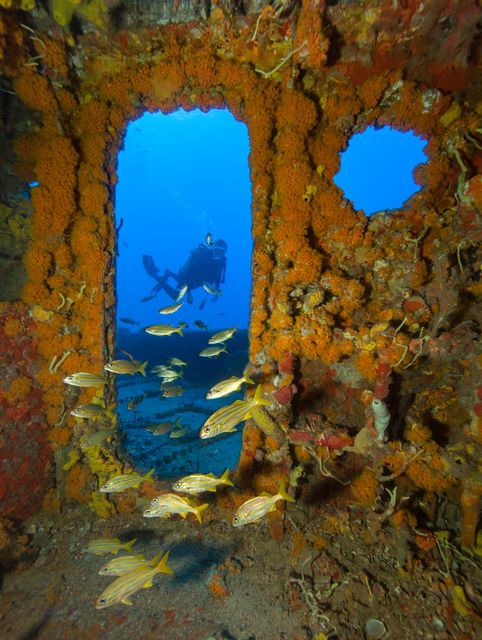 The Duane was named for William John Duane, the third secretary of the treasury, who served under Andrew Jackson. Image: Stephen Frink/Florida Keys 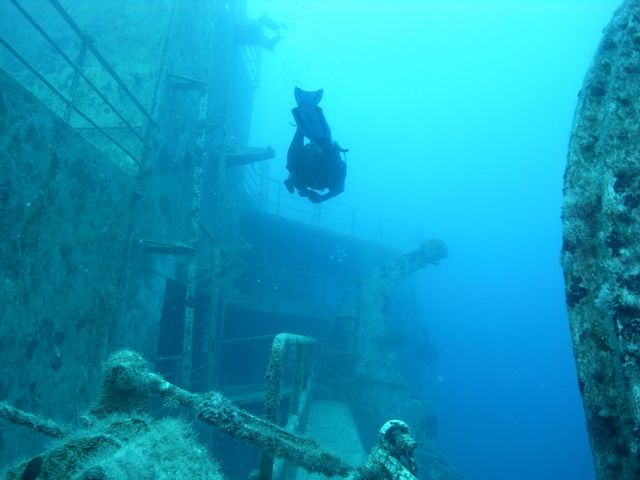