Sea Turtles and Manatees Released in the Keys

As well as human visitors who come to the Florida Keys for rest and renewal, marine creatures in need come calling, too. Some arrive with health problems, while others are injured, orphaned or lost.

Throughout the island chain, ailing sea turtles, manatees, dolphins and whales encounter a willing and dedicated group of professionals and volunteers ready to lend a helping hand. Even during the global coronavirus crisis, the Keys’ nature and wildlife rehabilitation centers have continued rescuing and rehabilitating wild creatures requiring care.

In recent months, a number of rehabilitated turtles and manatees have been released back into their ocean home off the Keys — including one rare turtle that’s a contestant in an international ocean-going “race.”

Among the turtles — all rehabilitated at Marathon’s world-renowned Turtle Hospital — was”Aldo Leopold,” a 100-pound juvenile who was released by Turtle Hospital staff this past April 22 in honor of Earth Day’s 50th anniversary.

The endangered green sea turtle was rescued in late February after being discovered floating offshore, unable to dive. Rescuers named it after a renowned environmentalist of the early 1900s, sometimes called the “father of wildlife ecology” and the United States’ wilderness system.

Aldo was treated at the Turtle Hospital with broad-spectrum antibiotics, fluids, vitamins and a nourishing diet of fish, squid and greens before splashing back into the Atlantic Ocean off Marathon on Earth Day.

While Aldo is one of the latest “patients” to be cared for at the Marathon hospital, the facility has been rescuing, rehabilitating and returning turtles to the wild for more than 35 years. It even has a fleet of “turtle ambulances” to transport them.

Among the hospital’s most unusual charges was “Maisy,” a rare hybrid hawksbill-green sea turtle. Maisy was rescued almost a year ago off Summerland Key suffering from fibropapillomatosis, a herpes-like virus that affects sea turtles around the world. Treatment included multiple tumor removal surgeries, administering antibiotics and a healthy diet of seafood and greens.

In June, Maisy was fitted with a satellite tracker and released to join the Tour de Turtles, a marathonlike "race" that follows the long-distance migration of sea turtles over three months. The annual educational project, organized by the Sea Turtle Conservancy, is intended to raise awareness about sea turtles and the threats to their survival.

The race began Aug. 1 and continues through Oct. 31, and the public can monitor competitors' progress at tourdeturtles.org. Because of Maisy’s unique mixed ancestry, her movements are particularly interesting to researchers.

As well as Maisy, Aldo and several other turtles, four rehabilitated manatees were released back into Florida Keys waters in recent months.

"Spookey" was rescued in the Upper Keys in October 2019 with a tail severely injured by a boat strike. In February 2020, "Scott" was discovered with a flipper entangled in monofilament fishing line. Both were rehabilitated at Miami Seaquarium.

When they were healthy again, Spookey and Scott were returned to the Keys. Staff fromDolphin Research Center's licensed Manatee Rescue Team and volunteers with Dolphins Plus Marine Mammal Responders and Florida Keys Aquarium Encounters — Keys-based organizations that had assisted with the rescues — helped Florida Fish and Wildlife Conservation Commission representatives release the duo back into their ocean home.

Recently another pair of rehabilitated manatees was returned to the waters off the Keys.

The mother and male calf were rescued this past February near Key Largo’s Pilot House Restaurant. Dolphin Research Center’s Manatee Rescue Team, the FWC and Dolphins Plus Marine Mammal Responders teamed up for the effort.

The mother, nicknamed “Kangaroo,” had both pectoral flippers deeply entangled in fishing line and net. The net was so tight around the left flipper that it fractured the ulna and radius bones. The calf, “Joey,” was still dependent on Kangaroo so both were taken to Miami Seaquarium for treatment and rehabilitation.

By mid-July, Kangaroo was able to fully use her flippers and could nurse Joey from beneath both flippers. So mother and son were released off Key Largo’s historic John Pennekamp Coral Reef State Park — back to their natural environment after getting the care they needed. 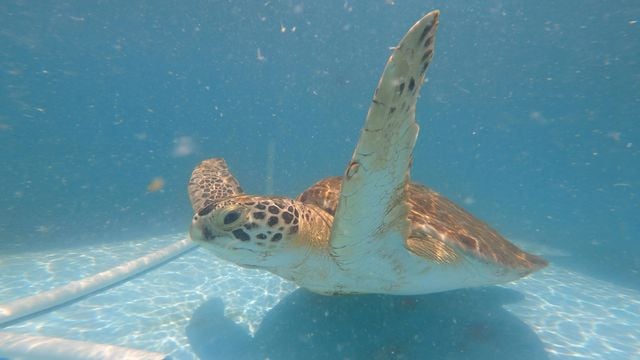 Among the turtles rehabilitated at Marathon’s world-renowned Turtle Hospital was Aldo Leopold, a 100-pound juvenile who was released back to the wild this past April 22 in honor of Earth Day’s 50th anniversary. 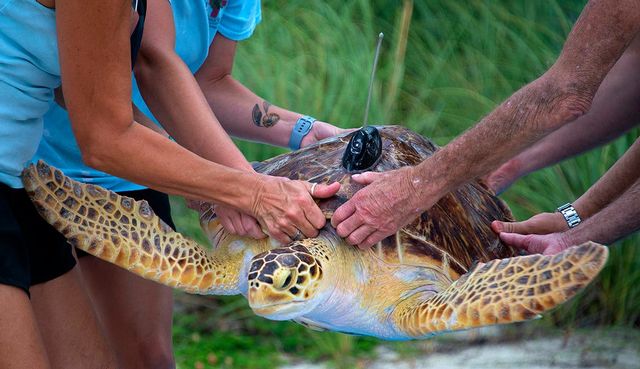 In June, Maisy was fitted with a satellite tracker and released to join the Tour de Turtles, a marathonlike 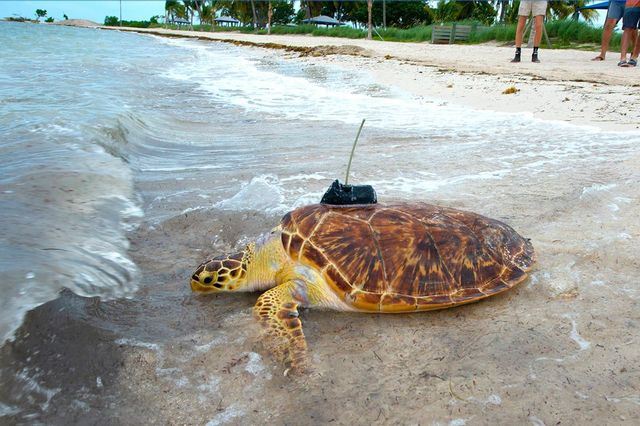 Maisy is the first hybrid sea turtle ever tracked by the Tour de Turtles. She is a cross between a green sea turtle and a hawksbill sea turtle. 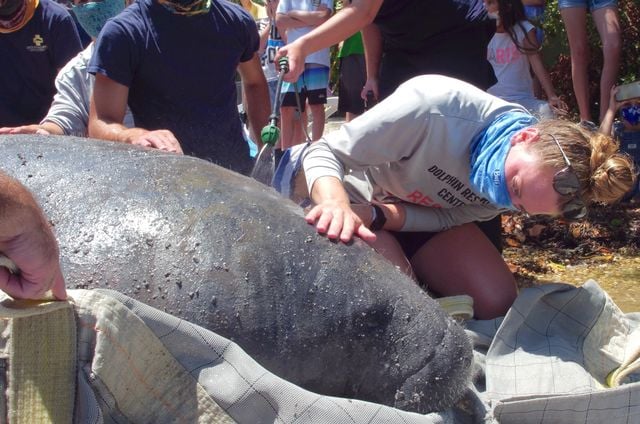 Four rehabilitated manatees were released back into Florida Keys waters in recent months. Spookey was rescued in the Upper Keys in October 2019 with a tail severely injured by a boat strike. 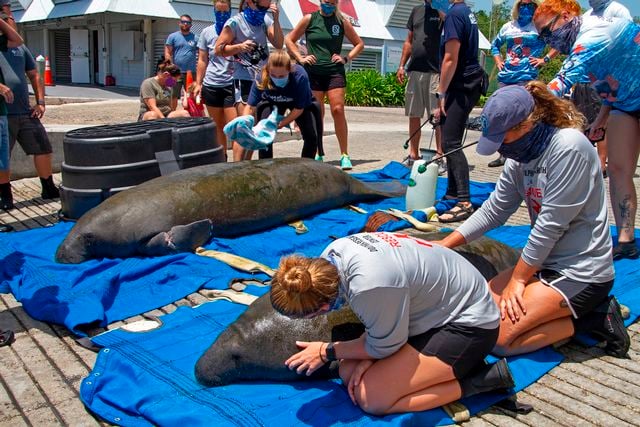 Kangaroo and calf Joey were rescued in May 2020 and taken to Miami Seaquarium for treatment and rehabilitation.