A Year in the Life of a Florida Keys Turtle

An adult loggerhead sea turtle, released off the Florida Keys a year ago after it was treated at the Keys’ Turtle Hospital in Marathon in the Middle Keys, continues to be tracked via satellite.

“Mr. T” was named by staff at the Turtle Hospital in February 2019 after several surgeries to remove a fishhook. The marine reptile was returned to the ocean on 7 May 2019, with a small satellite transmitter epoxied to its shell by Keys-based Mote Marine Laboratory staff to track migratory patterns of male loggerheads.

Since the release, the turtle has traveled more than 1,600 miles. It spent time in the Atlantic Ocean off the Keys, but also swam in Gulf of Mexico waters off southwest Florida and Key West. Currently Mr. T is near Key Largo in the northern Florida Keys.

Download the video story of Mr. T via this WeTransfer link (live for seven days): https://we.tl/t-faQ2Cdsoza

“We do not know much about the adult males,” said Turtle Hospital Manager Bette Zirkelbach. “The females come back to shore to nest [but] the males never come back to shore, so we don’t have an opportunity to put satellite tags on them. With this study, we are able to track the males and see where the boys go.”

Zirkelbach said it’s unusual for a small transmitter to remain on a sea turtle for so long and to keep working. Typically, transmitters fall off in about four to six months, but because Mr. T is an adult his continued growth is very slow. Younger turtles grow more rapidly and top layers of their shells shed more.

“It’s unusual, but that satellite tag is still on Mr. T and it’s still transmitting good information,” she said. Eventually, the transmitter will fall off the turtle, Zirkelbach said.

For information on The Turtle Hospital, visit: www.turtlehospital.org 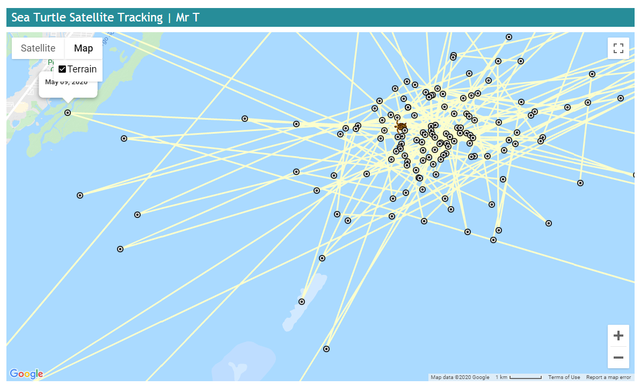 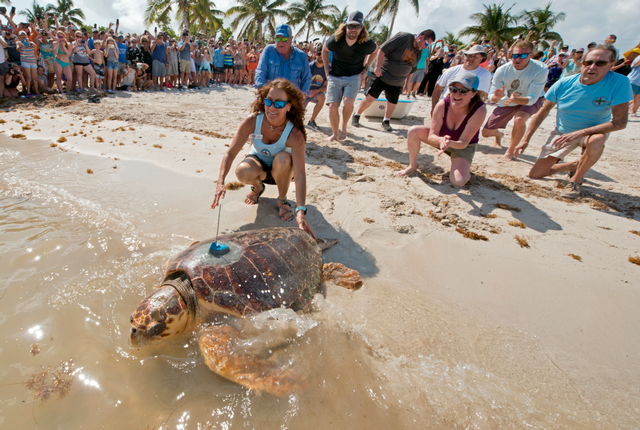 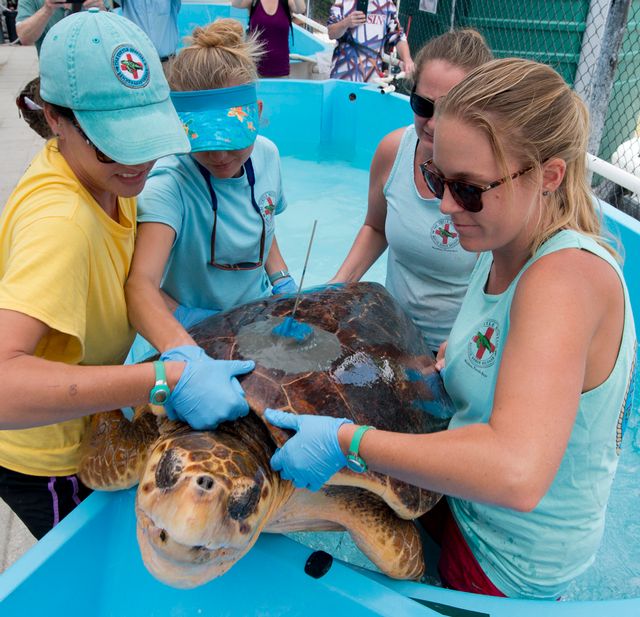