So instead, he’s sewing colourful cloth masks for facial protection against the virus.

Marion said he and his team of drag queens have made about 2,500 masks to date, and just received 500 more orders to fill.

“We started making 100 masks a day and now we’re making 500 masks a day in two shifts, a morning shift and an evening shift,” said Marion, who has filled orders to ship around the U.S. and beyond.

Sewing is not a new pursuit for Marion. The leader of a troupe of drag performers called the 801 Girls, he designs and constructs their stage outfits as well as costumes for local theaters.

“There’s nothing special about them,” he said modestly. “They’re the recommended CDC mask, but I think the reason why it spread so fast is because so many people know about the shoe drop that we do in Key West every New Year’s Eve.”

He and his team have provided the protective masks to local government officials, hospice staff members, airline employees, workers at essential businesses and many others — asking only for donations to assist with fabric costs and aid members of the drag troupe until they can return to work.

The MP4 video can be viewed/downloaded by accessing the Florida Keys FTP server using the below details:

For information on how to request a mask, visit: www.facebook.com/sushikeywest.marion 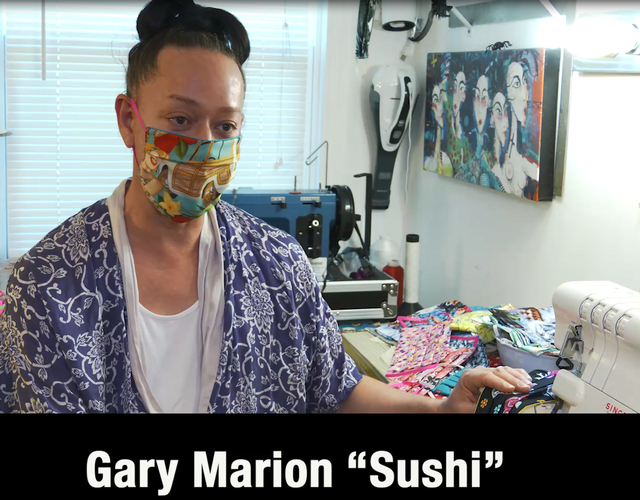 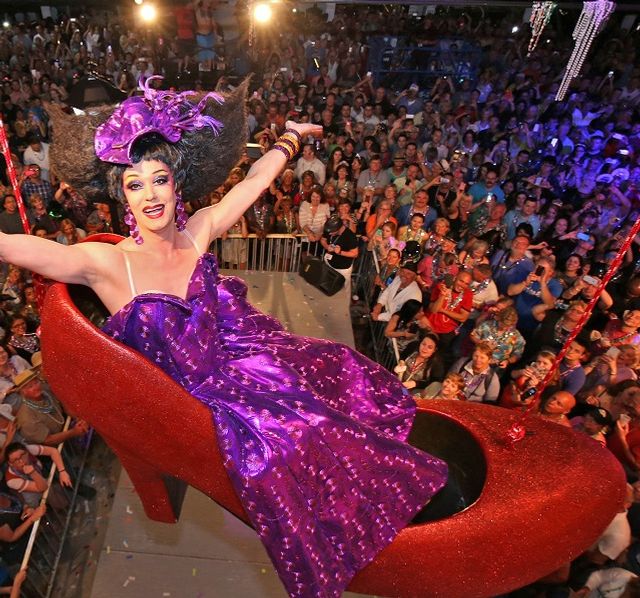