A rehabilitation project for Cow Key Channel Bridge(s) is expected to begin in early Spring 2020 and conclude by December 2020, according to Florida Department of Transportation officials.

The bridge, consisting of two parallel spans at mile marker 4.1, supports southbound (to Key West) and northbound (Key West to other areas of the Keys) vehicular traffic.

Work includes replacing portions of the bridges’ deck and beams, and is to be done on one bridge span at a time and all traffic to be routed along the parallel span.

While project mandates call for all elements to be finalized by December 2020, incentives are in place to encourage potential earlier completion.

Motorists are advised to allow extra time while traveling to and from Key West, especially during peak morning and afternoon commuter time periods, and be mindful of workers and equipment in the area.

Three lanes of traffic are to be open at all times. Lanes are to be designated as follows:

Construction information is available on FDOT’s website.  Drivers can get real-time traffic information by calling 511 or visiting fl511.com.

Where are the Cow Key Channel Bridges?

The Cow Key Channel Bridges are two parallel spans between Stock Island and Key West. Located at mile marker 4.1 on the Florida Keys Overseas Highway, they are the only route for motorists traveling between Key West and the other Florida Keys or mainland Florida.

Why is the rehabilitation project necessary?

Over time areas of the bridges have been corroded by saltwater. The rehabilitation project is necessary to maintain the bridges in a condition that provides optimal safety for motorists.

When does the rehabilitation project begin and end?

Significant construction is to begin around April 15 and conclude by December 2020. However, incentives are in place to encourage state-chosen contractors to complete the project earlier if possible.

What kind of work is being done?

The $6.2 million project consists of replacing sections of the bridges’ deck and beams, as well as repaving and restriping the roadway. In addition, utility companies must temporarily relocate their lines that run along the bridges.

Can motorists drive on the bridges during the construction project?

Yes! Plans call for work to be done on one bridge at a time, with all traffic routed along the parallel bridge. Three lanes of traffic are to be open at all times. Pedestrians and bicyclists also are able to traverse the span using an open crosswalk.

How is traffic being routed to minimize inconvenience?

What should motorists expect when entering or leaving Key West?

Travel between Key West and Stock Island may take a bit longer than usual, especially during peak morning and afternoon commuter time periods and major special events, so please plan accordingly. Also, workers and equipment will be present in the area so please be mindful of them.

Beginning early April, 2020, Key West Transit’s Lower Keys Shuttle is to no longer travel into Key West, but terminate at the Transit Center on Stock Island. From there, riders can transfer to any route free of charge. An express bus is to be available as well to travel directly into Key West with limited stops. The Express Route is to run from the Transit Center on College Road to the Park N’ Ride on Grinnell Street. In addition, the local Orange Route is to be discontinued. Other route changes may be implemented to facilitate bus transit service during the bridge repair.

Where can motorists get more information?

Get real-time traffic updates by calling 511 or visiting fl511.com, or download the Florida511 app from the App store or Google Play. For information about the bridges rehabilitation project, visit the Florida Department of Transportation’s website. 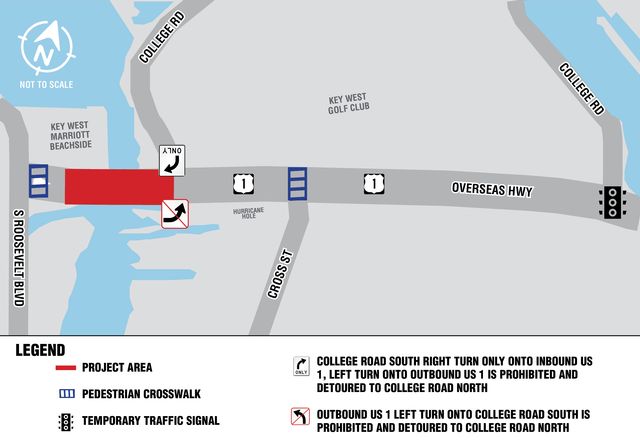 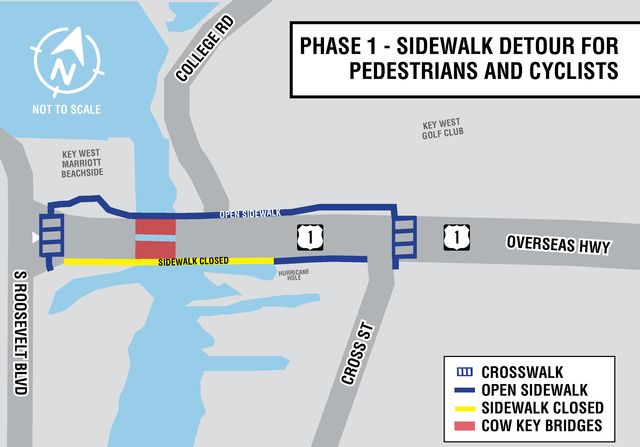 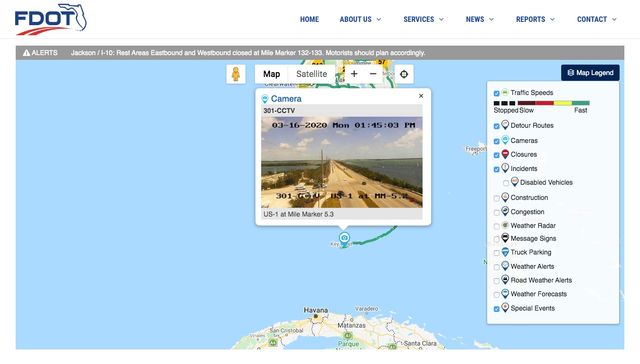