It’s hard to imagine the Florida Keys without Key lime pie. Just as New York is famed for its thin-crust pizza, New Orleans for its beignets and Alaska for its king crab, the island chain is known for its tart, creamy pie.

The signature dessert is made from the Key lime, a fruit indigenous to the Florida Keys that’s smaller and rounder than the Persian limes typically found in grocery stores. Countless slices of the citrus-flavored pie are savored every year in the island chain.

According to the owner of Key West’s Curry Mansion Inn, a woman named Aunt Sally, the cook for estate owner William Curry, made the first Key lime pie. Key West historian Tom Hambright, on the other hand, surmises that Aunt Sally likely perfected a delicacy created by area fishermen.

While the pie’s exact birthdate and creator are unknown, most people believe it originated in Key West in the late 19th century — predating refrigeration and the Florida Keys Over-Sea Railroad that brought fresh ingredients like milk to the island at high speed.

Recipes for the original Key lime pie did not require refrigeration or baking. Instead, the acid in the Key lime juice reacted chemically with the other ingredients, a process called souring, and “cooked” the pie.

Key lime pie’s primary ingredients are sweetened condensed milk, egg yolks and the juice of the tiny yellow Key lime. These limes are unique in both their tartness and distinctive small size. The egg yolks give the pie a yellowish coloring and, contrary to what some believe, green pies are not authentic.

The cool, smooth-textured filling is typically nestled in a crust made from graham crackers and butter, and the pie is smothered in whipped cream or topped with meringue. The controversy over which topping is better has raged for decades in the Keys.

Those who adhere to the motto “waste not, want not,” use the leftover egg whites to create a tall meringue topping. Whipped cream supporters may derive their preference from the pie’s early days, when cows were kept on nearby Stock Island and milk products had to be consumed quickly due to lack of refrigeration.

A good Florida Keys Key lime pie should be naturally tart and stiff, standing up well on a plate yet still looking and feeling creamy.

While generations of Keys locals have recognized their pie’s importance to the regional culinary scene, its significance was officially confirmed on July 1, 2006.

That’s the day Key lime pie became the official pie of the State of Florida — the result of a vote by the state legislature and subsequent ratification by Florida’s then-governor, Jeb Bush. 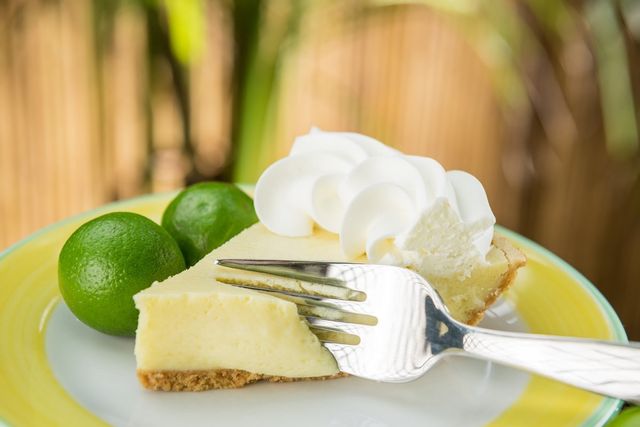 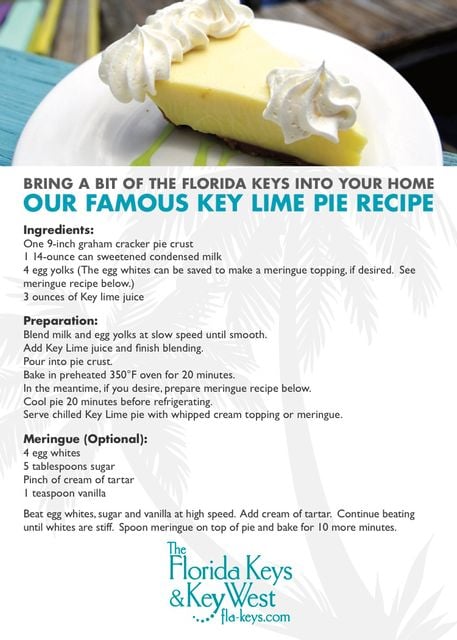 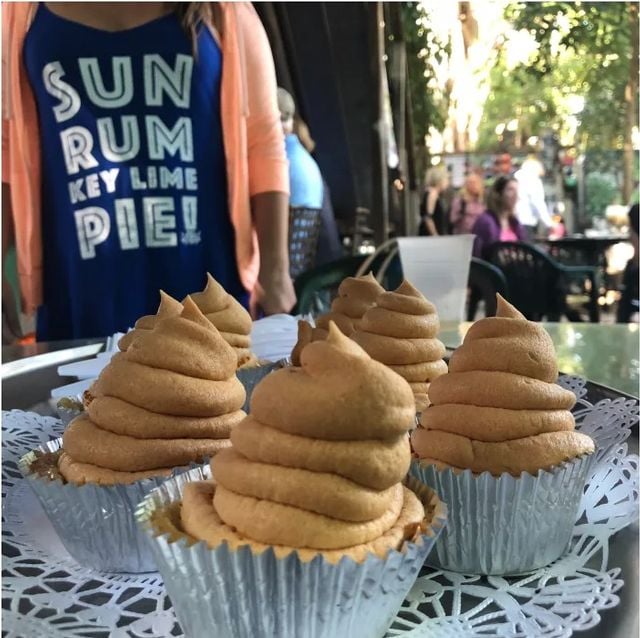