Artists are Stewards of the Keys’ Natural World

Perhaps even more than others who live among the Florida Keys’ natural wonders — including the continental United States’ only living coral barrier reef — local artists are deeply aware of the unique environment that surrounds and inspires them.

By using their talent to depict and spotlight the Keys’ ecosystems, habitats, flora and wildlife, they become “stewards” of those elements. Whether created in oils, watercolors, photography, mixed media, sculpture or other disciplines, their artistry makes powerful statements about the need to preserve and protect the region’s richly diverse environment.

Among these creative stewards is Key Largo’s Claudia Moriarty, whose favorite subjects include water birds such as spoonbills and herons found in the island chain. Using oils, colored pencil and pastels, she paints in the studio and outdoors on-site — interpreting what she sees and crafting impressionistic images so evocative that viewers can practically hear the rush of wings.

“The delicate balance of our fragile environment is a precious commodity we all need to preserve,” she said. “It is my hope by portraying its beauty people will learn to love it as I do.”

Jim Salem too finds inspiration in the avian and natural realm, creating paintings whose subtle color shading is matched only by his intense attention to detail. Whether majestic Keys herons against multihued cloud banks, the solitude of a backcountry marsh or birds hushed just before sunset, his images communicate not only his subjects’ inherent beauty but his deep reverence for their world.

As well as sharing his passion for the Keys’ eco-treasures with those who view his art, Salem is renowned for Lower Keys painting classes that inspire others to develop their own passion.

Islamorada’s BJ Royster also focuses her art on the creatures of the Keys, though she most often looks beneath the waves for her subject matter. Widely acclaimed for her fine-art depictions of the Florida reefs, she paints vividly realistic marine life scenes that communicate the ocean realm’s innate peace while honoring the visual integrity of the fish, corals, sea turtles and other elements that populate her work.

Michelle Nicole Lowe, also an Islamorada artist, is known for her vibrant images of indigenous fish, birds and sea turtles. Painted with skill and sensitivity, her pieces underscore the need to care for those creatures and their habitats.

For photographer Michael Marrero, chronicling the Keys’ way of life is as important as portraying the natural world.

“I focus on landscapes and the local culture of the Florida Keys, which can be just as colorful as the sunsets,” Marrero said.

A Key West native, he is particularly inspired by the near-unbelievable colors and matchless light found in the Florida Keys island chain.

“There are days you witness colors you never knew existed,” Marrero said. “Most places have a ‘golden hour’ — the Keys have golden days where the light is nothing short of magical from sunrise to sunset.”

He captures that light in images ranging from a sea-and-sky panorama in drifting shades of blue to a portrait of weathered shrimp boats illuminated by a radiant golden sunset. One of his most memorable large-scale photographs depicts the orange-and-green glory of a royal poinciana tree’s sun-dappled branches spreading above a white picket fence.

Marrero’s stated goal in showcasing such elements is to inspire viewers to cherish and protect them — so those viewers become stewards of the Keys’ natural world just as he and other local artists are.

“The unique beauty of the Keys is a gift,” he said, “and it's our duty to protect it and ensure future generations will be able to enjoy it.” 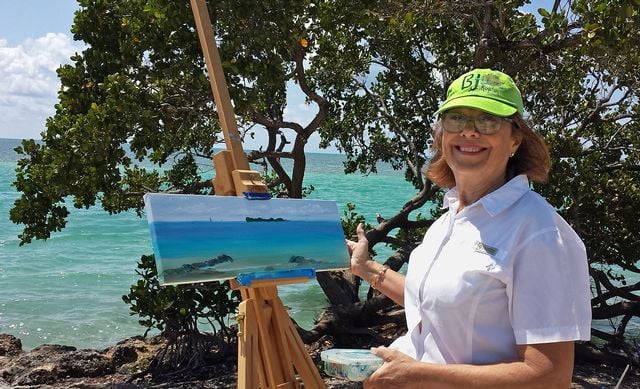 By using their talent to depict and spotlight the Keys’ ecosystems, habitats, flora and wildlife, local Keys artists become “stewards” of those elements. Image: BJ Royster 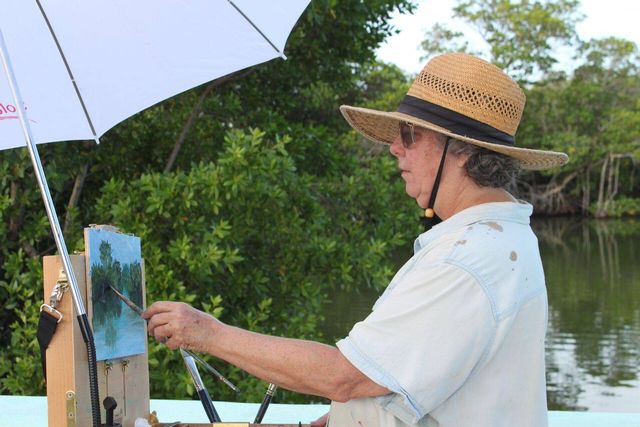 Claudia Moriarty’s favorite subjects include water birds such as spoonbills and herons found in the island chain. Using oils, colored pencil and pastels, she paints in the studio and outdoors on-site. 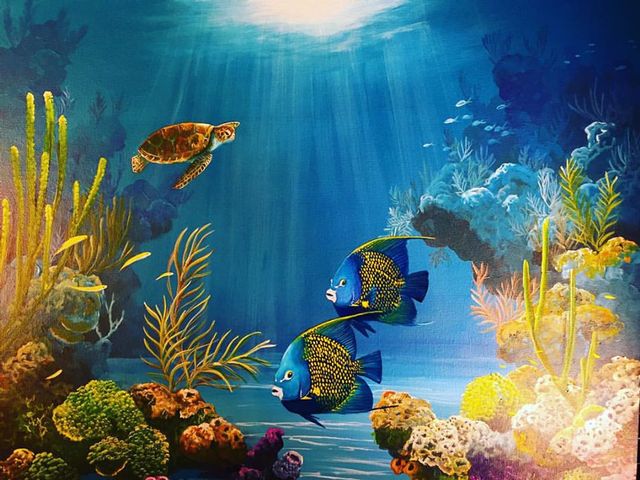 Islamorada’s BJ Royster focuses her art on the creatures of the Keys, and she most often looks beneath the waves for her subject matter. 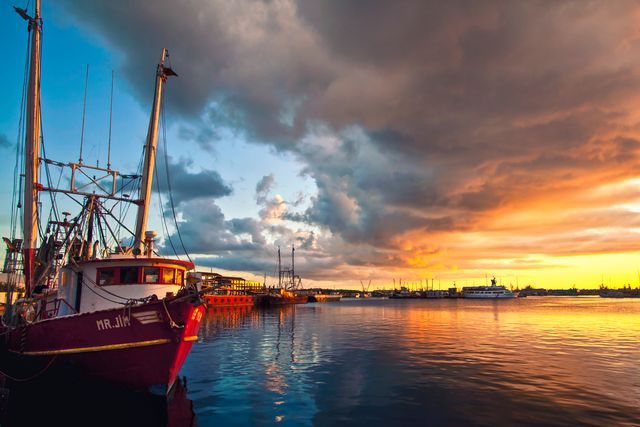 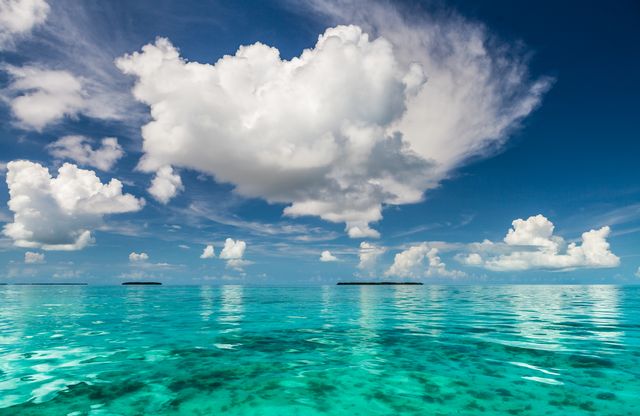 'The Lakes' by Michael Marrero