Keys’ Meads: Of Honey and Horseradish

Many dream of quitting their jobs to move to the Florida Keys. Jeff Kesling Jr., the 36-year-old owner of the only meadery in the Florida Keys, was one of those dreamers.

“I didn’t just quit my job, I quit New Jersey and moved to the Keys,” Kesling said, laughing. A year later, longtime girlfriend Cara joined him.

Today, the family-owned Keys’ Meads is projected to produce about 1,500 gallons of the fermented crafted-in-the-Keys alcoholic beverage made from honey, water, yeast and local flavors.

Mead, once known as “nectar of the gods” in Greek mythology, is believed to be the world’s first form of alcoholic beverage.

Creation of Keys’ Meads grew out of the entrepreneur’s love of honey for medicinal purposes — and for his father, Jeff Sr., a taste for horseradish.

Keys’ Meads opened its doors in April 2017 on the second floor of a bright green office building at mile marker 99.3 in Key Largo.

Most of the local honey it uses is sourced from Pirate Hat Apiary, also in Key Largo.

“We use more honey than other meaderies,” Kesling said.

The mead can be dry, semi-sweet or sweet, depending on the “characteristics of whatever honey it was made from, along with any added ingredient,” Kesling said.

Elsewhere, many meads are sweetened with sugar or high-fructose corn syrup, he noted.

On the Keys’ Meads emporium’s opening day, the senior Kesling joked with patrons that a reason to support the business was to create horseradish mead. The son credits his father’s financial acumen as crucial to starting the business and obtaining legal licenses.

The younger Kesling left Marlton, New Jersey, 12 years ago to take on a monthlong exterior house-painting stint for a childhood friend who lived in the Upper Keys’ Venetian Shores.

Kesling, who worked as a PetSmart dog trainer, had so much fun in the Keys that he packed up and moved down. He took odd jobs as a bar-back and bartender at Holiday Isle, then at The Islander Resort’s watersports rentals.

In 2012 the couple moved back to the Keys, got married at the Hilton Key Largo and bought a house. Kesling again worked at The Islander’s watersports operation for six months, while Cara joined Mariners Hospital’s medical technology staff in Tavernier.

In 2016, Kesling’s mead tied for a People’s Choice award at the popular local Brew on the Bay homebrew competition.

Specialty meads, with more than a dozen flavors, include habanero, coffee, caramel and spiced, in sizes of 375 and 750 milliliters, priced from $15 to $30 per bottle.

Kesling produces both non-barrel-aged and barrel-aged mead. It takes about six months to produce a bottle.

“We do a variety of board and card games,” Kesling said. “It gives locals and visitors a chance to get out and socialize.”

The entrepreneur tends to the couple’s baby, Nayiri Storm Kesling, and to his contractual design work during the day. On afternoons and evenings, he tends to Keys’ Meads.

“We believe in quality over quantity,” Kesling said. “I invent every one of our recipes on the fly, with ideas for flavors contributed by friends and family.” 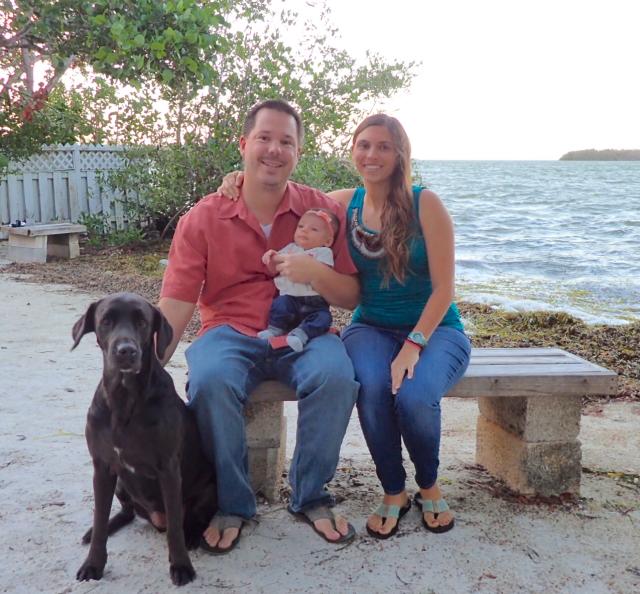 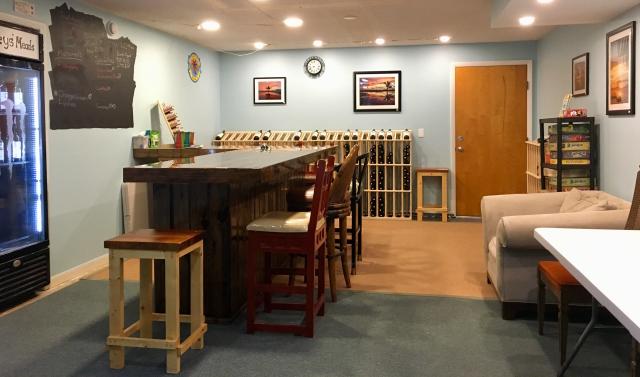 The tasting room at Keys Meads in Key Largo 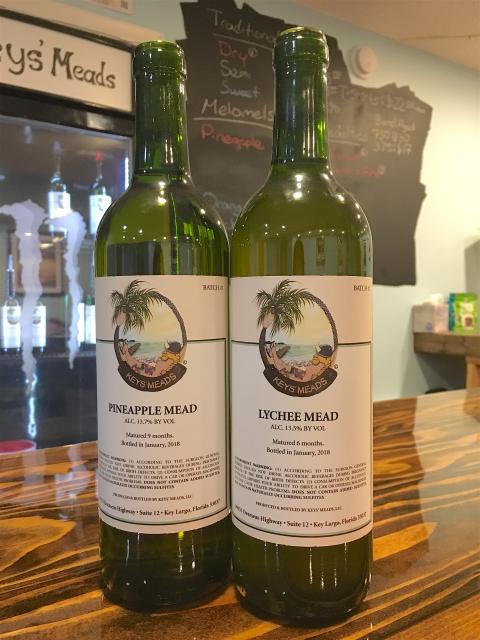 Kesling produces both non-barrel-aged and barrel-aged mead. It takes about six months to produce a bottle. 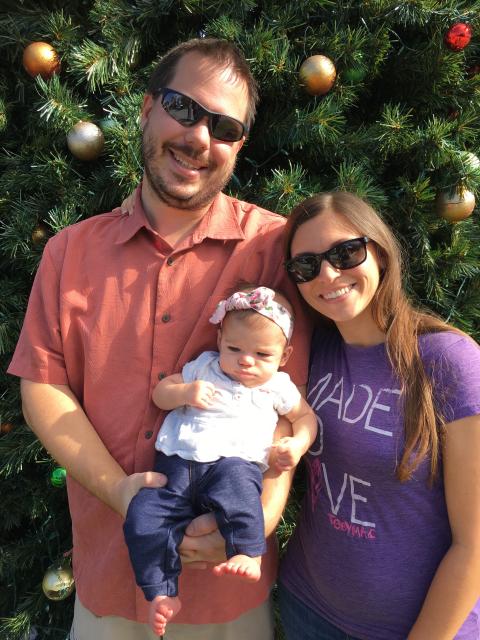