In most places, the sunset is regarded as a commonplace occurrence that’s barely noticed. But in Key West, it’s an occasion for celebration.

Key West’s sunset is known around the world for its spectacular colors over the Gulf of Mexico, and for the waterfront party staged to celebrate it each evening at Mallory Square — where crowds enjoy the talents of energetic street performers, view artisans’ handmade wares and applaud the setting sun.

Until now, the island’s famed sunset has been mostly a visual experience, defined by the panorama of orange and purple painting the sky and the shifting shadows cast by drifting clouds.

According to John, who splits his time between Key West and Baltimore, “Sunset” was conceived while he was actually at Mallory Square watching a crowd enjoy the sunset. 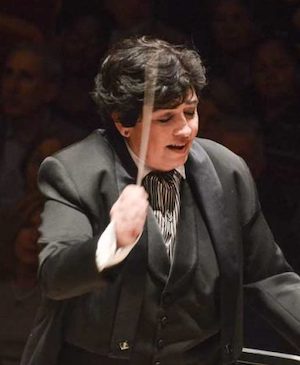 Both pieces the symphony is premiering in Key West are dedicated to the orchestra’s founder and conductor, Sebrina Maria Alfonso.

“The moment seemed to call for a musical fanfare,” he explained.

Ultimately, however, he developed the piece to explore not only the sunset itself, but also Key West’s fragile nature as well as its heritage and future. The seven movements represent topics including the birth of the island, its rich bird life, the fury of a hurricane and the sun sinking into the sea.

John dedicated “Sunset” to the South Florida Symphony’s conductor, Maestra Sebrina Maria Alfonso, for her devotion to both music and her birthplace of Key West.

The symphony was born in Key West also — and largely because of Sebrina’s efforts. After impressive career successes with organizations including Baltimore’s Goucher Symphony and the John Carrol Opera Company, she came home in 1997 to make a dream come true: bringing orchestral music, with all its associated educational and cultural benefits, to the southernmost island in the continental United States.

In late 1998, backed by huge support from the community, the Key West Symphony made its introductory bow. Its initial concerts were recorded by PBS National Public Radio for future broadcast nationally.

Subsequently it evolved into the South Florida Symphony and began staging concerts in other cities around the region. Today, still guided by Sebrina, it is the only professional orchestra in South Florida that performs in Key West as well as Miami/Dade and Broward counties. 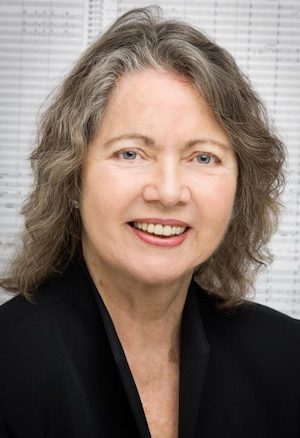 “Producing works of the highest caliber that have an impact on the community has been my passion since the South Florida Symphony Orchestra was conceived in Key West 22 years ago,” said Sebrina, “and it’s been extremely rewarding to watch us grow.”

Yet no matter how impressive its other musical offerings are, the “Sunset”  premiere will undoubtedly hold a special place in Key West audiences’ hearts.

Actually, “Sunset” is only one of the world-premiere pieces being performed by the symphony March 8 in the island city. Music aficionados can laud the debut of “Concerto for Cello and Orchestra” by Florida native Ellen Taaffe Zwilich, an internationally renowned composer who was the first woman ever to receive the Pulitzer Prize in music. Featuring Grammy Award-winning cellist Zuill Bailey, this composition too is dedicated to Sebrina.

Like Key West’s sunset, the symphony’s March 8 concert is sure to be breathtaking, unforgettable and an occasion to celebrate. For more information and tickets, click here or call 305-295-7676.