After many years in Key West, I’ve made a lot of friends who have contributed to our community. Among them is Michael Ingram, who has lived on the island — and worked tirelessly to benefit it — for over 30 years. 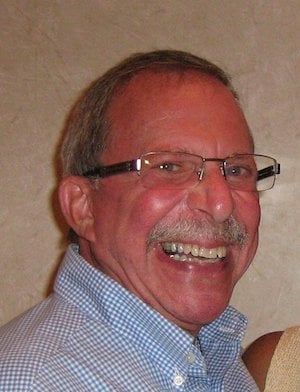 Michael Ingram is an entrepreneur, businessman, architect and valued member of Key West’s LGBTQ community who has lived on the island for more than 30 years. (Photo courtesy of the Community Foundation of the Florida Keys)

Michael arrived in Key West in 1989 as an owner of a small gay B&B named Alexander’s. Starting with seven rooms, he expanded it to 15 guest rooms and two suites before turning his focus to other ventures, including his well-respected architectural practice. In fact, many of Key West’s LGBTQ venues bear his designs and suggested improvements.

Michael also played a pivotal role in the 1997 creation of Key West’s AIDS Memorial, located overlooking the Atlantic Ocean at the Edward B. Knight Pier. Inscribed with the names of over 1,000 men and women who died of AIDS, the poignant memorial is believed to be the world’s only official municipal monument of its kind.

His other endeavors include participation in city government, community outreach programs and not-for-profit LGBTQ organizations — and for more than 15 years, he has owned and managed the Aquaplex, one of Key West’s premier LGBTQ entertainment venues.

Recently, despite Michael’s busy schedule, he took time to share some insights with Keys Voices’ readers.

Keys Voices: You’re successful enough to live anywhere; what caused you to make Key West your home for so many years?

Michael Ingram: My success is a result of the island’s acceptance of my efforts. The guesthouse I owned remains one of the best B&Bs in Key West. Architecture has allowed me to preserve and enhance the built environment, while participation in government has given me a voice for issues that are important to me and my community. Also, my current occupations are still of interest and remain rewarding. If health and mind remain, why would I leave?

KV: What are some of the aspects of life in Key West that you value the most? 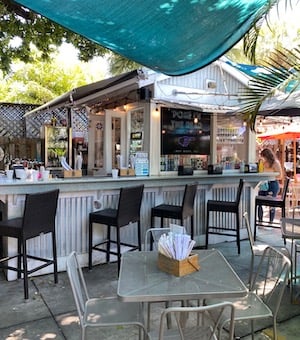 The Aquaplex’s outdoor restaurant, dubbed Poké in the Rear, is a favorite for its food and atmosphere.

MI: The diversity of our community. The culture is one of tolerance and acceptance, understanding of the “individual” and his/her/their special qualities. Key West embraces the individuality of all, whether gay individuals or couples. Tourism is a big part of our economy, but Key West also has a strong underpinning in the arts.

KV: The Aquaplex is one of Key West’s longstanding LGBTQ entertainment venues. What do you believe underlies its enduring success?

MI: Aquaplex, in its current form of multiple venues, is the outgrowth of early successful operations from 25 or 30 years ago — building upon the early success of drag shows which remain today. We’ve added Sidebar; Club 504, our lounge and dance venue; 22& Co., with a quintessential Key West vibe and décor; and Backbar, an outdoor tropical environment that also includes our Poké in the Rear restaurant. We constantly adjust our operation to serve various demographic changes and current trends. And of course, we have the best sound, lights and entertainment.

KV: What were some of your inspirations for getting involved with the Aquaplex?

MI: An opportunity to work with a group of talented professionals who interact as a family, and assist my son Kimball to make a career. When Kimball and his family moved from Key West, I became the sole proprietor.

KV: You’ve been deeply involved in community outreach. What are some of your favorite local LGBTQ organizations, and why? 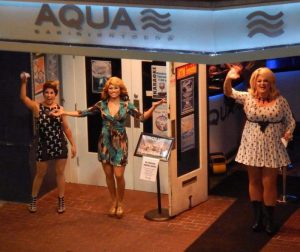 MI: Aqua has always been in the forefront of community fundraising for organizations that are part of or supportive of LGBTQ culture. It is difficult to pick favorites! Sister Season has been supportive and an LGBTQ foundation for decades. The Key West Business Guild (of which I was president and on the board) has the unique distinction of being the earliest gay tourist promotional organization. We are fortunate to have many great organizations and to be supported by the Monroe County tourism council (TDC).

KV: You’ve had multiple career paths over the years; what are some of your proudest accomplishments along the way?

MI: I’m proud of being chair of the TDC for 12 years, Key West Planning Board chair for eight years, Historic Architectural Review Commission Board for five years, Monroe County Human Service Advisory Board (supporting non-profits) for five years, and of course the Aquaplex. And of real import to me was participating to identify the site of the Key West AIDS Memorial, the design of the two phases, leading the Friends of the AIDS Memorial for years and, with others, the creation of the endowment for its maintenance.

KV: Do you have any recommendations for first-time LGBTQ visitors to Key West?