In the 1970s and early 80s, Key West was an end-of-the-world seaport outpost — something like a Wild West town, but with palm trees and blue water. Unsurprisingly, its residents were the outlaw kind: independent, irreverent and possessed of a fierce integrity. The kind, in other words, that fit right into such an environment. 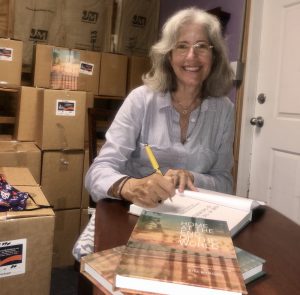 Rita Troxel signs copies of “Home at the End of the World,” a collection of true tales that offer insights into Key West’s renegade past.

Some still remember those days in Key West — days when one island mayor water-skied to Cuba just to prove he could do it, when many local government employees were under indictment or investigation for one thing or another, when smuggling pot was considered more of a mom-and-pop hobby than a crime, and when the island seceded from the Union and became the Conch Republic to protest an unjust government roadblock.

It was also a time of enormous creative and experiential promise. Every evening as the sun went down, the sense of excitement and expectation was strong enough to be nearly visible. You just knew something outrageous was about to happen around the next corner, and you simply had to be there to watch it unfold.

That’s the Key West memorialized in “Home at the End of the World,” a book lovingly brought to life by Rita Troxel. Subtitled “Key West tales from the 70s and 80s by those who lived it,” the book is a collection of first-person recollections by several dozen slightly bewildered survivors of that tumultuous era, all curated by Rita — herself a fellow survivor who wanted to preserve the spirit of the island’s freewheeling past.

“The project is a culmination of 17 years of collecting stories and photos from family, friends, friends of friends, and near strangers — although no one was really a stranger back in the magical days of Key West in the 70s and 80s,” explained Rita, who moved to the island in 1974 and was one of the founders of an acclaimed local theater troupe. 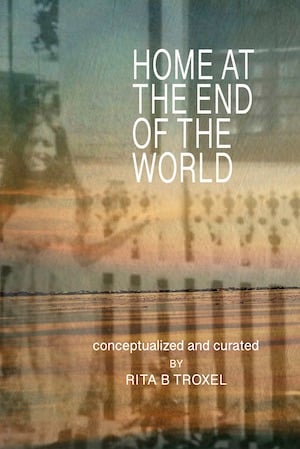 The book’s cover is a striking photo illustration by Lynne Bentley-Kemp, a renowned photographer who also was the designer of the volume.

The volume she assembled has drawn praise from literary luminaries including South Florida novelist Carl Hiaasen, who wrote, “There’s no better way to capture the weird, wild, magical Key West of the 70s and 80s than in the words of the people who lived it, loved it, and miraculously managed to remember it. The island is one of those rare places where the true stories outshine the lore.”

The book also touches on some of the musicians and renowned authors who helped shape the creative renaissance of the era — when Key West watering holes were populated by the likes of Phil Caputo, Jim Harrison, Hunter Thompson, Jimmy Buffett, Thomas Sanchez and even Tennessee Williams. Under the spell of the island’s undemanding equality, they forgot their fame and mingled happily with resident fishing guides, smugglers and treasure hunters seeking 17th-century shipwrecks.

The tales are complemented by photographs, some beautifully composed by professionals, and others snapshots cherished for the memories they evoke. The Awesome Foundation, which awarded a grant to the book, describes the images as “a lovely, wacky and weird family album from a time of innocence, deep and lasting friendships, fast living and crazed debauchery.”

Available through Books & Books at The Studios of Key West (and other Florida Keys outlets), “Home at the End of the World” is edited by Rita, Jamie Alcroft and  Lynne Bentley-Kemp, who also designed the book.

Quite simply, it’s a must-read for everyone who loves (or seeks to better understand) the island. Because beneath Key West’s modern-day facade, a renegade heart still beats — a heart that’s one of the major reasons for the place’s enduring appeal — and this book pays tribute to it.