I’m often asked by visitors to the Florida Keys, “So why did you choose to make Key West your home?” 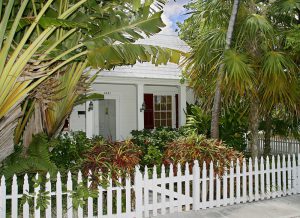 While our residents may have many different answers to that very popular query, there’s generally a reoccurring theme. Key West’s laid-back lifestyle and year-round subtropical climate are top among the reasons.

Closer to Cuba than Miami, our remote island paradise transitions you from the fast-paced life of the mainland to a serene island atmosphere. It’s an atmosphere that excites the senses, yet also simultaneously lulls you into a tranquil state of bliss.

So it’s not surprising that artists, authors, playwrights and poets have been lured to our island and seized upon its one-of-a-kind environment of creativity, natural beauty and sometimes eccentric qualities — making it the muse for some of their most acclaimed career accomplishments.

Many notable gay writers have called Key West home including Pulitzer Prize-winning playwright Tennessee Williams. Rumor has it that some of his most famous works were written during (and/or are based on) his stays on the island.

Williams, who visited and then lived in Key West from 1941 until his death in 1983, was instrumental in bringing national attention to it as a gay mecca.

The attention was partly due to his long list of celebrity guests who were also quite the cast of characters — including Gore Vidal, Truman Capote and Carson McCullers.

If only the walls of his home at 1431 Duncan St. could speak …. oh my, the stories they could tell!

Composer and lyricist Jerry Herman — winner of Tony Awards for “La Cage aux Folles” and “Hello, Dolly!” — also graced the streets of Key West. He even renovated Victorian homes at one point with his then-partner Marty Finkelstein. And guess what? He won awards for that, too.

Our island also welcomed its share of renowned poets, including lesbian poet Elizabeth Bishop (who was a U.S. Poet Laureate) in the late 1930s, and gay poet James Merrill, who lived in Key West at the home of his partner of nearly four decades, David Jackson, until his death in the 1990s. Merrill earned a Pulitzer Prize and two National Book Awards for his work.

The visual arts community of Key West dates back to 1832 and still flourishes today with scores of art studios and galleries located throughout the island. 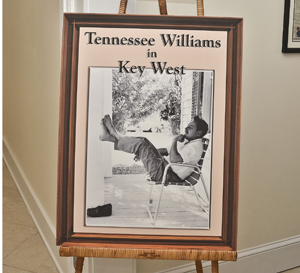 One of my favorite local artists was the late Ferron Bell, who was sometimes referred to as the Salvador Dali of Key West — and was also a true character.

I so enjoyed our humorous conversations about his younger years as an artist on Fire Island in the 1960s, while sipping on a libation or two at his favorite outdoor gay bars.

Until his death in 2013, Ferron spent every winter living and painting his colorful art in Key West.

When you visit the island, one LGBT arts and culture “must-do” is touring the Tennessee Williams Museum at 513 Truman Ave. — which features the most extensive permanent collection of Williams memorabilia currently on display for the public.

Want to know more about the vibrant literary and cultural community in Key West and the Keys?  Start exploring here or here — and enjoy!