In 1822, when Key West was a brand-new seafaring settlement, the U.S. government sent Commodore David Porter to banish pirates from area waters. With his “anti-piracy squadron” of small schooners and barges, Porter pursued his prey into mangrove coves and inlets, persisting until the pirate rogues were gone. 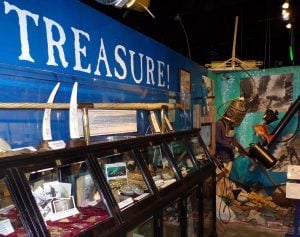 The story of Art “Silver Bar” McKee is told in a fascinating exhibit at Islamorada’s History of Diving Museum.

Yet even Porter couldn’t vanquish the buccaneering spirit of adventure and individuality that characterized the Florida Keys.

Today, that spirit is one of the most intriguing — and enduring — things about the 125-mile-long island chain.

The Keys’ renegade seafaring heritage is alive in museums and attractions, shipwreck and treasure tales, dive and snorkel trips, and sailing cruises aboard historic tall ships.

Many early settlers in Key West and Islamorada were wreckers — salvaging goods from ships that sank along the continental United States’ only living coral barrier reef, which runs parallel to the Keys.

FYI, despite popular myths, the wreckers weren’t lawless outlaws interested only in lining their own pockets. Guided by a strict code of conduct, they actually became an early Coast Guard and often rescued crews and passengers off sinking ships.

Admittedly, they also earned a tidy profit. In the mid-1800s, the wrecking industry made Key West the wealthiest city per capita in the entire U.S. 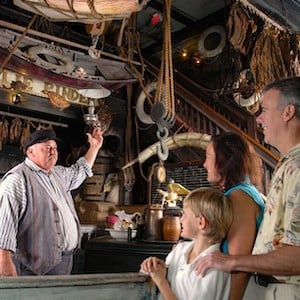 Current-day visitors to the Keys can relive that era  by touring the Key West Shipwreck Museum, where re-enactors portray the industry’s colorful captains and crew.

It’s also possible (and fascinating!) to visit Indian Key Historic State Park in the Upper Keys, a 10-acre island that was once a busy port established by renowned wrecker Jacob Housman.

Long before the shipwreck salvagers arrived, fleets of Spanish galleons sailed regularly past the Keys carrying goods and treasures from the New World home to Spain.

Many galleons sank in the area — including 13 ships from Spain’s 1733 fleet, which went down in the waters from Key Largo to Grassy Key.

Today these shipwreck sites (a few in very shallow water) represent some of the oldest artificial reefs in North America.

Modern seafarers can take dive or snorkel excursions to explore them, and spot their remaining ballast stones and timbers surrounded by protected corals and marine life. 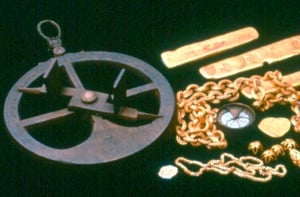 He was also dubbed the father of modern treasure diving. His exploits are chronicled in a remarkable exhibit at the Florida Keys History of Diving Museum, located in Islamorada.

The Keys’ most famous wreck — called “the shipwreck of the century” by the national press — is immortalized at the Mel Fisher Maritime Museum in Key West.

The museum showcases artifacts and treasures from the Spanish galleon Nuestra Señora de Atocha, found off Key West in 1985 by shipwreck salvager Mel Fisher after a 16-year search.

At the museum, visitors can view priceless objects from the Atocha and Santa Margarita, both lost in a 1622 hurricane — including a 77-karat emerald, gold chains, ship’s fittings, navigational instruments, gold and silver coins, and silver bars as big as shoeboxes.

Contemporary adventurers can get a sense of the Keys’ seafaring spirit by setting set sail on a sunset cruise. Vessels ranging from historic tall ships to sailing catamarans depart from marinas around the island chain, taking passengers into the same waters once plied by pirates, wreckers and legendary treasure hunters.