By Carol Shaughnessy|2021-05-13T15:41:37-04:00June 18, 2018|
Whether traveling to Key West by air or on the iconic Florida Keys Overseas Highway, the journey can be as unforgettable as spending time in the island city. (Photo by Andy Newman, Florida Keys News Bureau)

They’re everywhere: Key West history books, Conch cookbooks, affectionate descriptions of Cayo Hueso and life among its inhabitants. The island has become a favorite literary topic and islanders have become authors. Residents can be glimpsed wandering the streets of Old Town, eyes glazed in creative thought and fingers permanently curled as though poised over a computer keyboard. 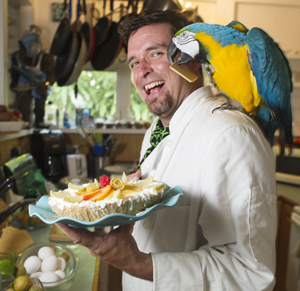 Some of the  Key West volumes are truly wonderful. David Sloan’s “Robert the Doll” is a prime example (and so is his “Key West Key Lime Pie Cookbook”). Christopher Cox’s “A Key West Companion,” published in 1983, remains an entertaining history of the island and its atmosphere 30-some years ago. Fiction too offers an enlightening vision of the city, as in the Alex Rutledge mysteries penned by Tom Corcoran and the Mick Murphy series created by Michael Haskins.

Overall, Key West has been romanticized, downgraded, glorified, and libeled in print (sometimes all in the same piece of prose). The author of the first book about the island could never have known what a precedent he was setting.

Actually, he never intended to write a book at all. Had it not been for the erratic course of a cannonball, Walter C. Maloney’s “A Sketch of the History of Key West” would not now exist.

Walter Maloney arrived in Key West from Georgia in 1837. He soon married and settled down, and was employed as (among other things) a schoolteacher, a postmaster, a U.S. Marshal and vice-consul for Sweden. (How an Irishman named Maloney became vice-consul for Sweden is no doubt a tale in its own right.)

Maloney delved into Key West civic affairs not long after his arrival on the island. He became so well-liked and respected that at one point he was elected mayor — and among the civic improvements he was involved in was the building of the new city hall. So when the Greene Street edifice was completed, he was asked to make a speech at its dedication.

The ceremony took place on July 4, 1876 — the centennial of the Declaration of Independence — and Key Westers were ready for a party. The firecrackers began at daylight, and the first parade got underway at 9 a.m. Children stood excitedly on tiptoe to see the high-stepping Hook and Ladder Company marching to its new quarters at the city hall. Excitement was as tangible as a fragrance in the air. Cannons went off periodically, adding their noise to the celebration. 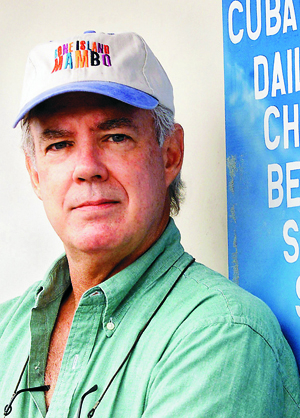 Arriving at the city hall, citizens saw the American flag snapping smartly in the breeze above the frame building. Shortly, the speeches began — and continued at great length. The Declaration of Independence was read.  A hymn was sung … a prayer was read … and as celebration dragged on, the audience got more and more restless.

Finally Walter Maloney stepped to the podium, having consented to relate a brief history of Key West, from its founding in the 1820s to its fame as the largest city in Florida. As he placed his notes in front of him, some crowd members looked a bit startled at their volume. In actuality, the notes for the “brief history” ran to 68 pages.

During the opening of Maloney’s speech, his listeners stirred and muttered. They were tired of speeches. They wanted more fireworks. They wanted some excitement. And it wasn’t long before they got it.

It seems that one of the cannonballs shot exuberantly off during the morning’s festivities had lodged in the roof of the home of George Alderslade. It started a fire that smoldered merrily along unnoticed for some time. Finally, the flames were spotted by the fidgeting crowd at the city hall several blocks away.

Immediately, the Hook and Ladder Company rushed into action, dousing the fire so enthusiastically that more damage was done by flood than by flame. The crowd, having followed the firemen at an excited trot, cheered vigorously. Walter Maloney, deprived of his audience, put away his speech and went to watch the afternoon’s parades along with everyone else.

Maloney, however, was a practical man who couldn’t see wasting all the work he’d put into that speech. So he added an appendix and a page or two here and there, and sent it off to be published.

The city hall of 1876 is gone now, as are those might remember its dedication ceremonies. But Walter Maloney’s “accidental” book remains a rare glimpse of Key West’s early days. No matter how many new books about the island might appear, “A Sketch of the History of Key West” will always be secure in its position as the first.