Key West Theater has undergone a dramatic transformation to become a cultural hub for the southernmost island’s arts and music community — putting Key West on the radar of world-class musicians, comedians, artists and entertainers. 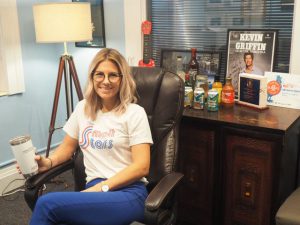 Much of the theater’s evolution can be credited to the energy and drive of its executive director, Kelly Norman.

A good bit of the nonprofit theater’s exciting evolution can be credited to executive director Kelly Norman. Her duties include overseeing production of Key West Theater shows at various venues throughout the island.

“In the past, it was really hard to convince groups or artists to play here,” Kelly admitted. “But now, in its fourth year, Key West Theater has proven itself as a trusted venue.”

The theater is a partner with Rams Head Promotions, a booking agency that brings notable “nostalgia act” musicians and other popular artists to Key West.

“Ram’s Head has been vital to putting us on the map,” said Kelly. “It’s full steam ahead and now we’re trying to reach out to visitors.”

Typically traveling to the Florida Keys in a bus with a troupe of at least 10 people, bands enjoy exploring the island, going to the Green Parrot Bar and the Ernest Hemingway Home and Museum. 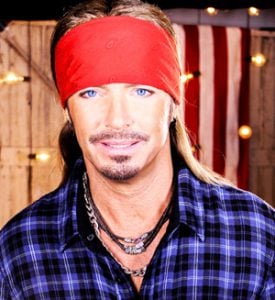 The theater’s 2019 lineup includes a concert by Bret Michaels, best known as the front man for the legendary rock band Poison. (Photo courtesy of Bret Michaels)

“They’re not afraid to be seen scooting around and they like to ride bikes,” Kelly said.

She knows the habits and requirements of musicians quite well. Kelly got her start in the music industry working on projects in Key West for artists like country star Kenny Chesney. She’s married to local artist Nick Norman, who has opened for acts such as Lee Brice, Lee Ann Womack and Edwin McCain.

Many of the theater’s musical acts, wildly popular in the 1970s and ‘80s, today have audiences of people age 55 and older.

The venue’s Sunday Ramble Concert Series and “tribute” shows such as the recent “Rumours: A Fleetwood Mac Tribute” are especially popular.

The theater is based in a colorfully renovated historic building at 512 Eaton St. that was originally the First Baptist Church of Key West. Its venues include a 278-seat main stage theater, the 50-seat Back Stage Listening Room, a recording studio and conference room.

Kelly plans to establish a scholarship program for local musicians providing studio recording time. Albums typically can range from about $20,000 to $30,000 to produce. 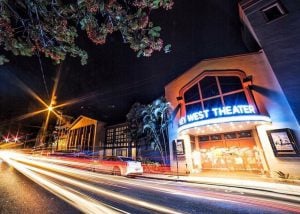 Other popular theater offerings include on-site classes and workshops. The organization has partnered with the nonprofit Dance Key West to feature classes such as Pilates, conditioning and improv dance.

A new “groove” autism movement therapy class is designed for children ages 7-12 with autism, as well as their parents, teachers and paraprofessionals.

The class uses an empowering sensory integration strategy that combines movement, music and improvisation into a whole-brain thinking approach.

Key West Theater’s mission is “to make the performing arts relevant in the lives of more people by providing performance space and demonstrating that the arts engages, inspires and unites.”

Much to the delight of Key West visitors and local residents, it’s proving successful at doing just that.