Hungry for a taste of the sunny flavors of the Florida Keys? That’s not surprising —because the subtropical island chain features yummy indigenous cuisine, a colorful seafaring heritage, breathtaking environmental richness and a laid-back vibe that’s as appealing as beer-steamed pink shrimp and Key lime pie. 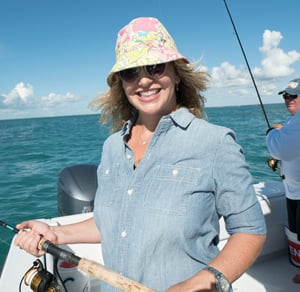 As well as savoring the flavors of the Keys at great restaurants ranging from white-tablecloth gourmet hotspots to neighborhood bistros and water’s-edge seafood shacks, you can enrich a visit with an enticing “menu” of food-focused participatory adventures.

For example, enjoy a hook-and-cook fishing and dining experience — where your catch, prepared at a local restaurant, becomes an unforgettable dinner. Or learn to make the Key lime pie that’s Florida’s official state dessert, discover eco-friendly seafood like stone crab claws and lionfish, or take an off-the-beaten-path food tour.

For added “spice” during your stay, seek out and chat with Keys fishermen who harvest local seafood, chefs and microbrewers at emporiums from Key Largo to Key West, and “makers” who produce fabulous local items like red mangrove honey.

You could even plan your visit around one of the island chain’s many annual food festivals. The Original Marathon Seafood Festival is coming up March 9-10 — an edible extravaganza that’s been attracting savvy seafood lovers each spring for more than 40 years.

Can’t schedule a getaway in the near future? Don’t despair — you can still indulge your appetite for the Keys. That’s because award-winning Chef Michelle Bernstein showcases the culinary and atmospheric flavors of the region in an hour-long television special that’s airing on public television stations around the U.S.

“Taste the Florida Keys with Chef Michelle Bernstein” takes the chef on an exploration of the 125-mile island chain to discover the sea-centric ambiance, multicultural heritage and creative spirits that influence its distinctive cuisine, along with the local people who harvest and prepare the foods that help define the destination. 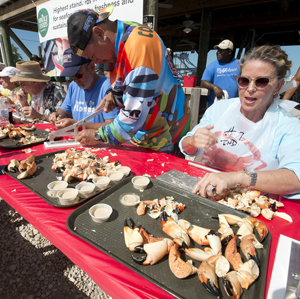 For viewers, it’s a journey not only to “taste” the destination’s notable foods, but also to savor the close-to-nature lifestyle, waterfront heritage and easygoing mindset that give the Keys such an appealing flavor.

“Taste the Florida Keys with Chef Michelle Bernstein” is produced by South Florida PBS and distributed nationally by American Public Television — and if you’re hungry for a Keys experience, it’s a must-see treat.

Check your local listings to find out when the program will be broadcast in your area — and prepare for a memorable “feast.”