Catching Dianne Harbaugh ‘On the Fly’

There’s a woman living in Islamorada who’s likely the envy of sportsmen of all ages.

Islamorada resident Dianne Harbaugh bucks most “feminine” trends. As a teenager, she learned archery, fishing, hunting, scuba diving, water and snow skiing, racing boats and snowmobiles — all before most girls her age even had their driver’s license. 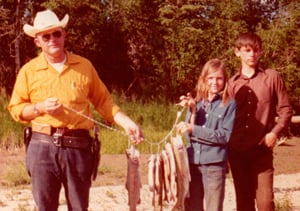 As a child, Dianne spent time camping, hunting and fishing with her family.

Born and raised in southern Michigan, Dianne tinkered in her dad’s sporting goods store as a kid. She did possess her driver’s license at age 17, and earned another that permitted her to operate small single-engine aircraft. She’d already piloted a Luscombe two-seat taildragger solo, and bought her own Cessna 120 at age 18. Equally undaunted by cars, she also installed a new clutch when it was necessary.

Family vacations were rustic — spent camping, exploring and fishing — but they reached far-flung destinations in a four-seat Cessna 182. Dianne said she’s thrilled to have traveled to all 50 United States as well as the Arctic Circle, Cost Rica, Canada, France, the Bahamas and the Turks and Caicos.

Before moving to the Florida Keys, Dianne and her husband (and captain) Billy spent a brief stint in Hawaii. She flew air tours over the Big Island’s Kona coast and Billy charter-fished for marlin. However, she doesn’t fly planes anymore. 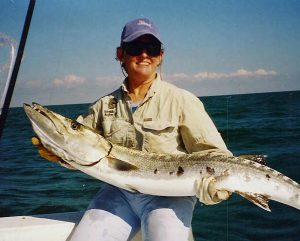 In Providenciales, Turks and Caicos, she became the world’s first woman to land a blue marlin on fly. Although her achievement pre-dated the International Game Fish Association’s official saltwater record-keeping for female anglers, Dianne went on to land a dozen official IGFA records for catches including cobia on fly, permit on fly and gag grouper on conventional tackle.

A 5-foot-4-inch mini-tornado of energy, Dianne isn’t boastful about her accomplishments. Her levelheaded pragmatism, “Miss Fix-It” mechanical abilities and penchant for people have been common threads weaving together 30-plus-years working at Islamorada’s Caribee Boat Sales. (And FYI, she doesn’t sell boats.)

It’s only the fourth job of her life, including her teen years at the family store.

After Dianne and her husband arrived in the Keys in 1986, she persisted for 10 consecutive days trying to convince the men at Bud N’ Mary’s Marina to hire her as a forklift driver. They finally acquiesced, and within a year she was driving Caribee’s forklift and again working with her hands — her passion — tinkering on engines. 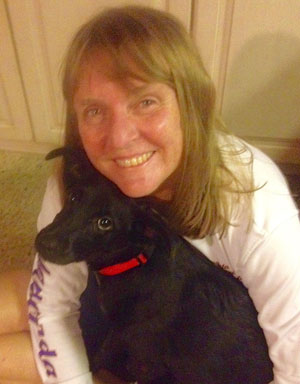 These days Dianne manages the store and parts department, but also repairs fiberglass and tunes boat engines. Her customers, like a cult of followers, call in from all over the country. She has even helped fix an engine over the phone for a customer from North Carolina.

“I love my job, which I know is really rare,” she said. “I love customer service, fueling boats, helping people face to face, fixing people’s problems.”

She still enjoys fun fishing, deep-drop and fly-fishing with Billy. Founder of the area’s pet care service, The Critter Sitter, she also walks dogs before and after work.

New adventures are always on the Harbaughs’ radar. Recently the couple, together since high school, completed a repeat trip to Alaska — this time to Nome for a glimpse of the aurora borealis, or northern lights, and musk ox.

“I live in paradise and I know it,” Dianne said. “I embrace it, love it and appreciate where I live — every day. That is so important.”