Did you know that internationally renowned playwright Tennessee Williams lived in Key West for more than 30 years? During his time here, he completed “Summer and Smoke” and wrote “Night of the Iguana” among other works. Also, the Academy Award-winning film adaptation of his play “The Rose Tattoo” was filmed on the island in 1954. 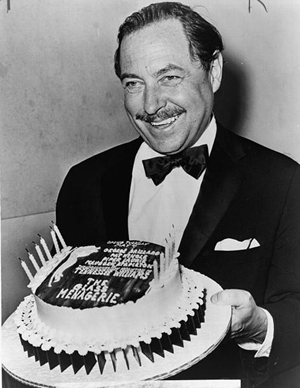 Tennessee Williams fans can commemorate the legendary playwright’s birthday and legacy during an annual celebration on the island he called home for over three decades.

Dennis Beaver, another longtime resident of Key West and the curator of the island’s Tennessee Williams Museum, wanted a way for fans of Williams’ classic plays to further explore his writing and life on the island — so he created the annual Tennessee Williams Birthday Celebration.

While the festival’s usual receptions aren’t happening because of COVID, the schedule still includes screenings of films adapted from Williams’ works, prose and poetry contests, and a fascinating online program of reminiscences.

I recently caught up with Dennis Beaver to get some further insights into the playwright’s life.

Keys Voices: What are some of your favorite Tennessee Williams Birthday events — and why?

Dennis Beaver: I particularly like the poetry contest. Tennessee started writing poetry at an early age, and this talent later morphed into short stories and then plays for which he is most famous. And a close second is the writing contest. Submissions in both contests must reference Williams in some way, such as through a family member or a character from one of his plays. It’s interesting to see how creative the writers can be in dealing with this request. I’m always amazed and impressed with how well they understand this complex man, his work and the tumultuous life he lived. 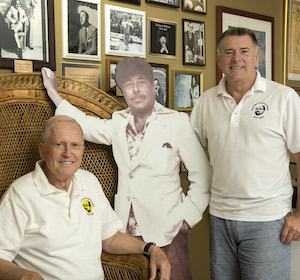 KV: You have spent over 10 years learning about this playwright. What are some little-known facts about Tennessee that you’d like to share with our readers?

DB: First, while living in Key West, he preferred to be called his birth name, Tom, to avoid the notoriety attached to his writing name of Tennessee. Second is the fact that he did not know Hemingway in Key West. He did meet him in Cuba at least two times, but they were never friends. And third, during his 34 years of living in Key West, he shared his home with five different bulldogs.

KV: This year marks the 10th anniversary of opening the Tennessee Williams Museum. What are some recent additions that can be seen there?

DB: Recently a second typewriter, documented as used by Tennessee Williams in Key West, was given to the museum. And since Tennessee’s Key West home is privately owned and not open to the public, we’re delighted to have a scale model of how it looked in the 1950s on display.

KV: Did you know Tennessee personally?

DB: I did not know him personally, but had the opportunity to see him around town and was aware of his many accomplishments as a writer and gay man. In fact, one of his best friends lived in my guest house. This knowledge later motivated me to start collecting T.W. memorabilia and putting it on exhibit on the 100th anniversary of his birth in 2011.

KV: What can you say about Williams’ lasting influence in Key West?

DB: While living here, he motivated other famous writers to visit and live here, and he helped to make Key West the cultural destination it is today. Fortunately, his legacy — including his many contributions to his hometown — is being highlighted and is very much alive at the Tennessee Williams Museum.