Key West, our two-mile by four-mile subtropical island paradise, is well known as the southernmost city in the continental U.S. However, did you know it has also been dubbed one of the most haunted cities in the country and was originally called Cayo Hueso or “Isle of Bones?” 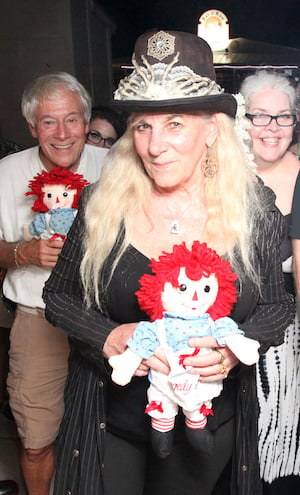 Want to learn more about the history of Key West’s well-documented spirits and notoriously spooky locations? Well, if you dare to be scared, the island features several year-round ghost tour experiences that are delightfully unnerving.

Launched in 1996, the Key West Ghost Hunt is a nightly walking tour in historic Old Town with an interactive ghost-hunting component. The mysterious journey begins at 301 Whitehead St. (beside a building that was the birthplace of Pan American World Airways in 1927).

The tour features haunted island city locations, but it offers far more than well-researched tales. The guides are experts who show participants how to use ghost-hunting equipment to detect supernatural activities.

That’s not the only excursion that blends views of eerie sites with vignettes from the southernmost city’s history. There’s also the Ghosts & Gravestones of Key West trolley tour featuring a costumed “ghost host” who recounts strange but true stories of tragedies, curses and other unsettling island happenings. The tour concludes with a stop at the haunted Key West Shipwreck Museum.

By the way, Ghosts & Gravestones recently made the USA Today “10Best” Readers’ Choice Awards list for ghost tours!  Congrats to our fearless local “ghost hosts” and their fans.

No exploration of Key West’s otherworldly side would be complete without the Robert the Doll Experience, a Civil War­–era fort ghost hunt at Fort East Martello Museum whose highlight is a lockdown with Robert, famed as “the world’s most haunted doll.” First given to Key West youngster Robert Gene Otto in 1904, the mischievous 40-inch Robert inhabits a glass case at the museum and has become a paranormal icon.

The Robert the Doll Experience was created by author, ghost hunter and historian David Sloan — who penned the fascinating book “Robert The Doll” —  in partnership with the Key West Art & Historical Society that operates the museum. 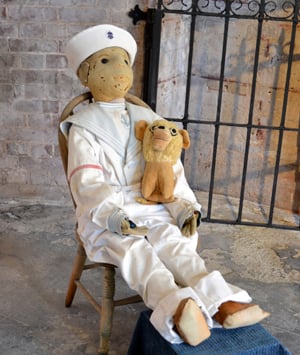 Maybe you’d enjoy a spooky theatrical experience on your next visit to Key West? Fear not, because the perfect evening of onstage entertainment awaits. Blending a little bit of horror and a lot of hilarious comedy, the hit musical The Rocky Horror Show is returning to the Waterfront Playhouse Oct.14-29. The live event’s cast will include local talents Christopher Peterson as Frank-n-Furter and Joshua Lawson playing the character of Rocky.

Just a heads-up: the Waterfront currently requires actors, crew, staff and volunteers to be vaccinated and is limiting the size of its audience to 75% to allow everyone the opportunity for social distancing during the show. Masks are required for patrons, as is proof of either vaccination or a recent negative COVID-19 test.

Also, please note that the ghost tours are extremely popular around Halloween, so be sure to make reservations for your next ghostly adventure in advance.

Would you like to up the scare-o-meter on your next stay in Key West? Then you may want to reserve a room at the Artist House (the original home of Robert the Doll). Other supposedly “spirited accommodations” include the adults-only Marrero’s Guest Mansion (FYI, room 18, is where Mrs. Marrero slept in the late 1800s and is said to still visit guests occasionally).