Once upon a time (way back in 1982), the Florida Keys & Key West seceded from the United States and formed the independent Conch Republic. 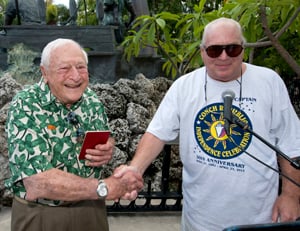 A year after he discovered Whangamomona, Stuart (left) was welcomed back to the Conch Republic by Sir Peter Anderson, secretary general of the gutsy little republic. (Photo by Andy Newman, Florida Keys News Bureau)

This wasn’t a joke. In fact, it was a last-ditch attempt to get the U.S. Border Patrol to remove a blockade it had erected at the head of the Keys — where agents searched outgoing cars for unspecified contraband, tied up traffic interminably, and nearly annihilated the Keys’ fledgling tourist trade.

So, like any intelligent population blessed with a creative mindset and lively sense of humor, some good citizens and friends of the Keys came up with an offbeat, attention-getting response: they staged the island chain’s secession from the mother country.

It was a stunningly effective solution to the problem. Following the international media hoopla generated by the gutsy action, the blockade was quietly dismantled, never to return.

The concept of the Conch Republic, however, has far outlived the incident that spawned it. While Keys citizens are technically still Americans, today Conch Republic flags and passports are common — and the secession’s anniversary is celebrated each year with a fun-filled festival.

The concept of the Conch Republic appeals to the independent, nonconformist spirit of Keys residents (and those who dream of becoming residents). And in 2011, one of the republic’s founding fathers discovered that it also appealed to a citizenry on the other side of the world. 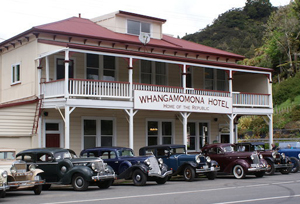 While he was in New Zealand representing the Florida Keys & Key West at the annual Society of American Travel Writers convention, honorary Conch Republican Stuart Newman took time off to explore the countryside — and encountered the “Republic of Whangamomona.”

Here, in Stuart’s own words, is the tale of his remarkable discovery.

In 1989, dissatisfied with a series of governmental redistricting changes, the elder gurus of the community of less than 180 gathered at the pub of the local six-room hotel/restaurant — and declared Whangamomona to be an independent republic.

Located in New Zealand’s Manawatu-Wanganui region, Whangamomona is accessible via the Lost World Highway (NZ 43) — not exactly the caliber of the Keys’ U.S. 1, since it boasts a 90-mile stretch without a service station. 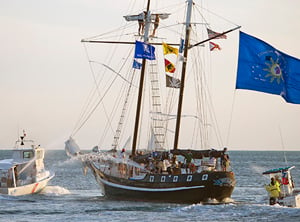 Whangamomona’s first president, Ian Kjestrup, was elected after his name was placed on the ballot without his knowledge.

Kjestrup served from 1989 through 1999 and was succeeded by Billy Gumboot, a goat (!), who won by eating the ballots of the other candidates. Gumboot served 18 months before being succeeded by a poodle named Tai, who served from 2003 to 2004 and retired following a reported assassination attempt.

The present chief of state, garage owner Murt “Murtle the Turtle” Kennard, won out over founding father Kjestrup and a cross-dresser named Miriam (sound familiar?) by a single vote. He was overwhelmingly re-elected this year.

Today, the tiny “country” of Whangamomona is replete with Conch Republic-type passports and official T-shirts. Every other year in January (summer in New Zealand), the town celebrates Republic Day, which attracts thousands of visitors from throughout the North Island.

Now, some eight years after Stuart’s 2011 report, a man named John Herlihy is president of the quirky country. And the citizens of Whangamomona continue to share an irreverent mindset and good-spirited sense of fun with the denizens of the Conch Republic.

Those attributes will take center stage in the Florida Keys April 19-28, 2019, during the 30th annual Conch Republic Independence Celebration. Why not come down for the festivities and declare your own independence?