‘Samantha Brown’s Places to Love’ Spotlights the Keys in January

Attention travel TV fans! Samantha Brown (yes, THE Samantha Brown, the deservedly famous Emmy Award–winning travel host) is showcasing the Florida Keys in a 30-minute episode of her program “Samantha Brown’s Places to Love” — and it’s scheduled to air on public television stations around the country beginning in January 2020. 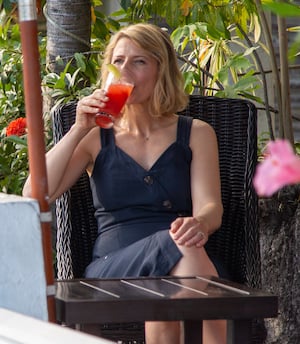 Samantha, whose personality is equal parts charismatic and girl-next-door friendly, is unquestionably one of the most recognizable names in travel broadcasting.

Her “Places to Love,” beginning its third season on PBS, delves into the culture, character and integrity of featured destinations — in part through introducing viewers to local residents whose offerings enrich travelers’ visits.

According to Samantha’s website, the program takes viewers “on a discovery of the emotional heart of travel by highlighting the people who are changing, challenging and strengthening a destination to deliver a decidedly refreshing and enriching travel experience.”

“The show ‘Places to Love’ really wants the traveler to be less a consumer and more a part of the community,” Samantha explained. “For this episode, I wanted to show the Florida Keys as a place where people live year-round, and the effort that it takes to create these experiences that we as travelers get to show up and have.”

While shooting in the island chain earlier this year, Samantha stressed that the episode would explore the overall integrity of the Keys experience.

And it certainly does. Its segments offer insights into the area’s signature foods, literary culture, history, environment and sustainability initiatives — all seen with the guidance of local residents whose passion underlies offerings that focus on those elements. 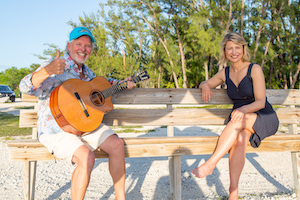 “It’s just such a unique group of people that make it this wonderful community,” said Samantha, who has been to the Keys many times and admits she loves the island chain. “Everyone here in the Keys has a very unique story of why they’re here.”

The activities filmed for the program reveal some of those intriguing stories.

In the show, Samantha explores Key West’s heritage and cuisine on a Key West Food Tour with founder Analise Smith; learns about the island’s past and present authors, including playwright Tennessee Williams, on a fascinating literary walking tour; and discovers its presidential connection at the Truman Little White House with historian Clinton Curry. 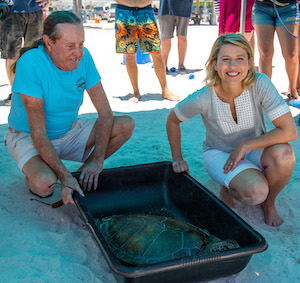 “I got to release a turtle — it was amazing,” said Samantha. “And again, it takes us back to what the show’s about: the effort that it takes to create experiences that we as travelers get to have.”

Following the turtle release, she praised the hospital’s staff and its dedication in providing 24-hour care for endangered sea turtles.

“There are a lot of people who deeply care about Keys waters, about the Florida Keys National Marine Sanctuary — there’s this whole other layer that you can experience that goes on to help the community,” said Brown.

The Keys and their meaningful “other layer” are being spotlighted for television viewers nationwide starting this month.

So check your local PBS listings to find out when the Keys episode of “Samantha Brown’s Places to Love” will broadcast in your area.