Keys Temporarily Closed to Visitors, But Nature Remains a Respite

By Carol Shaughnessy|2020-03-25T18:51:24-04:00March 25, 2020|
Only in the Florida Keys can visitors spot Key deer, shy and diminutive creatures that are about the size of a large dog. The graceful animals live primarily on Big Pine Key and are protected within the National Key Deer Refuge. (Photo by Rob O’Neal, Florida Keys News Bureau)

In times of high stress and uncertainty like the coronavirus crisis, it’s comforting to know that countless areas of the natural world — and their flora and fauna — remain tranquil, unchanged and protected. 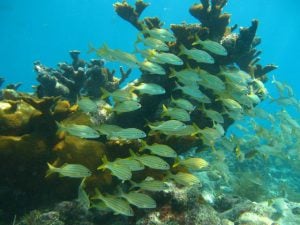 The Florida Keys National Marine Sanctuary is an environmental treasure that protects the waters surrounding the entire Florida Keys.

The Florida Keys, like many other parts of the U.S. and the globe, are temporarily closed to visitors until further notice — and Keys residents have reduced their normal activities and embraced social distancing. Beaches are deserted; hotels, businesses and attractions are shuttered; and the friendly, easygoing interactions that characterize Keys life are less frequent in this strangely altered world.

Yet in five Keys preserves, animals, birds, marine life and plants are protected and thriving. Dwelling on their serene lives and pristine natural habitats, untouched by human cares, can provide a vital respite during times that threaten to become overwhelming.

If you want an update on the coronavirus situation relating to the Florida Keys, click here. But if you’d like a rejuvenating mental break, picture the land, water and flow of life in five protected Keys havens.

ONE: Florida Keys National Marine Sanctuary. Administered by the National Oceanic and Atmospheric Administration, the sanctuary was established in 1990 and is jointly managed with the state of Florida. It protects 2,900 square nautical miles of waters and submerged lands — including  the continental United States’ only living coral barrier reef — and it’s deservedly regarded as a national treasure. 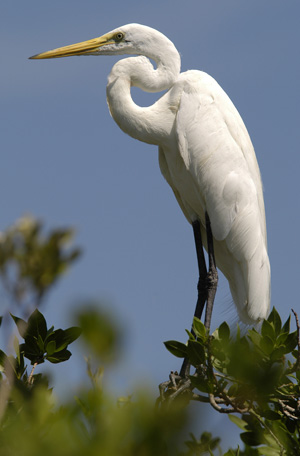 The refuge covers over 2,000 acres of land and more than 200,000 acres of co-managed state waters. Today it provides nesting, roosting and foraging habitat for more than 250 species of birds — including roseate terns, ospreys, white-crowned pigeons and frigate birds — and a nesting ground for endangered sea turtles.

Stretching between Key West and Marathon, the refuge features almost 200,000 acres of open water and islands in the Gulf of Mexico — an area often referred to as the backcountry. Primary access is by kayak, canoe or shallow-draft motorboat.

FOUR: National Key Deer Refuge. This Lower Keys haven is probably the best known of the Florida Keys’ wildlife preserves. It was created in 1957 to protect plant and wildlife species — most notably the appealing and endangered Key deer. 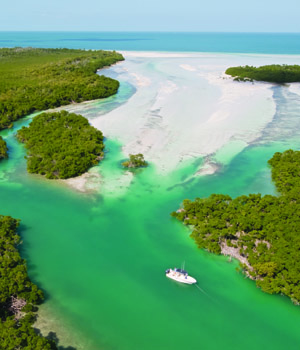 The Lower Florida Keys, home to two national wildlife refuges and a portion of a national marine sanctuary, are surrounded by a marine environment filled with abundant terrestrial and marine wildlife. (Photo by Andy Newman, Florida Keys News Bureau)

The miniature Key deer, about the size of a large dog, were once almost extinct. Today the population of shy, engaging animals is around 800, which makes their protection a heartwarming environmental success story. They graze especially in the early morning hours and at dusk — and spotting them isn’t always easy, but it’s a real treat when you do.

The National Key Deer Refuge also shelters species including the Lower Keys marsh rabbit, Bartram’s hairstreak butterfly, American alligator and migratory and resident birds. The refuge encompasses more than 9,200 acres ranging from Bahia Honda Key to the eastern shores of Sugarloaf Key, out to the edge of the Gulf of Mexico. Nature trails on Big Pine Key are particularly appealing.

While you can’t visit the Keys until travel is allowed to resume, a “virtual visit” to the marine sanctuary and wildlife refuges — or simply a moment spent imagining them — might make it a little bit easier to face the new stresses of life.