By Carol Shaughnessy|2022-11-09T14:41:14-05:00November 9, 2022|
Julia Bernstein displays some of her notable catches in the 2021 Key West Fishing Tournament. Julia was named Pee Wee division Master Angler in the popular tournament that enables people of all ages to indulge their passion for the sport. (Photo by Heidi Mason)

More than half a century ago, Captain Gainey Maxwell conceived a way to encourage people to visit and fish Florida Keys waters — and then come back to do it again. He called it the Key West Fishing Tournament.

The captain, who passed away several years ago after a life rich in experience, had an impressive set of credentials by the time he founded the tournament in 1965. A Navy veteran who ran fishing boats while he served, he subsequently skippered the Lookout III, a 50-footer with two staterooms for overnight trips. 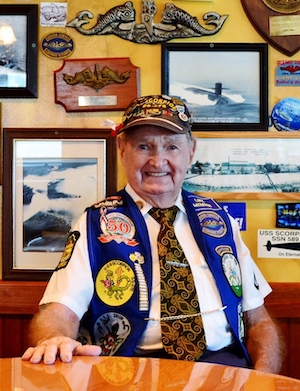 He formatted the tournament in part to showcase the incredible variety of species awaiting anglers in Keys waters.

“I started it to get people interested in coming back and catching different fish,” Captain Gainey said during a 2015 interview. “We’d go fish over wrecks or in shallow water just to change and get different kinds of fish.

“The main thing is just to enjoy it and have fun doing it,” he added.

Today, an impressive 46 backcountry and offshore species are targeted during the free-entry tournament’s eight-month span. The 2023 challenge begins Dec. 1, 2022, and continues through July 31, 2023.

With divisions for men, women, junior anglers ages 10 to 15 and Pee Wees under 10 years old, the event provides a test of skill for seasoned anglers while developing newcomers’ interest in the sport.

It’s also known for motivating parents to introduce their favorite on-the-water activity to their kids. Family members from several generations sometimes compete together, bonding over the shared pursuit.

Among the most motivated young anglers is Miami’s Julia Bernstein. Fishing in the Pee Wee division in 2021, when she was 10 years old, she eclipsed her competitors to earn the division’s Master Angler award — for achievements including a remarkable 104 releases. Her catches included a 23.8-pound Jack Crevalle on 30-pound line that earned a tournament weight record, a 24.8-pound barracuda on 20-pound line that earned divisional “heaviest fish” honors, four other “heaviest fish” winners and three division leaders. 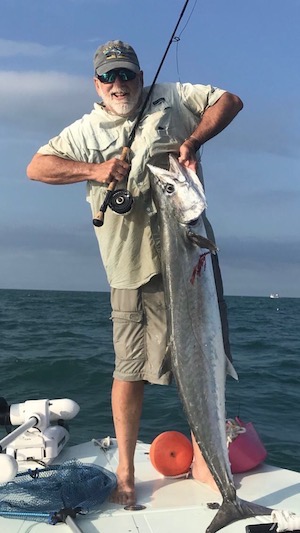 Julia continued her winning streak in the 2022 tournament, then competing in the junior division and earning the division’s out-of-county Master Angler designation with accomplishments that included 41 releases. Notable among them was a 20-pound permit caught on 12-pound line.

In the 2023 challenge as in past years, anglers that post the heaviest catch of each of 33 species earn recognition and trophies. Six different line classes and three artificial casting categories further heighten the competition.

Other awards recognize the most releases of barracuda, blue marlin, bonefish, dolphin fish, permit, sailfish and tarpon. In keeping with the Keys’ eco-conscious ethic to protect the fishery, the tournament strongly encourages the release of game fish and will not recognize any killed sailfish, marlin, spearfish, tarpon, redfish, warsaw grouper or shark for award purposes.

The respected tournament draws at least a thousand entries each year, and entrants can fish from a boat, bridge or land. Visiting and resident fishing aficionados can enter their catches at a tournament weigh station in the Lower Keys or Key West — OR they can enter by submitting photos of their fish at this link.

All participants receive certificates noting their catches and qualify for a variety of awards, including the coveted Master Angler titles.

Now celebrating its 58th anniversary, the Key West Fishing Tournament still adheres to the principles and purpose that Gainey Maxwell established for it in 1965.

“Gainey Maxwell had a vision to organize a tournament to promote the diverse sportfishing in the Keys,” said current tournament director Doris Harris. “Now, more than 50 years later, the event upholds his goal of showcasing the Keys fishery and providing a positive angling experience.”