Since the early 1800s the tiny subtropical island of Key West, dangling 125 miles beneath mainland Florida at the southwest tip of the Florida Keys, has welcomed a diverse and colorful group of people. 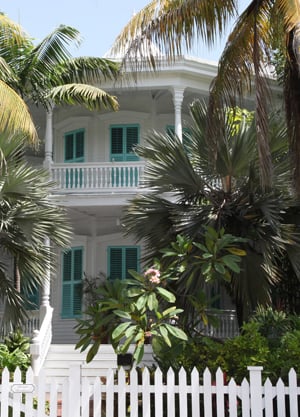 Among them have been southern merchants, New England ships’ captains, Bahamian wreckers, Cuban aristocrats, pirates, poets, and even a vacationing president or two. All have been warmly embraced into Key West’s sun-drenched society — just as LGBT residents and visitors were, long before most other communities rolled out the rainbow carpet.

But few people realize the impact the LGBT community had on Key West beginning in the 1970s. That’s when many gay men and lesbians “discovered” the island city, attracted by the same things that attracted others: a year-round subtropical climate, a renegade literary and creative community, a live-and-let-live atmosphere and scores of dilapidated Victorian houses awaiting restoration.

By the late 1970s, Key West’s preservation movement was well under way. Since then, it’s been estimated that more than 70 percent of the restoration and renovation effort (an astonishing statistic) was undertaken by members of the LGBT community. With flair and sophistication, the island’s formerly shabby Old Town area was restored into one of the most remarkable historic districts in the United States.

The incredible revitalization efforts received formal recognition in 2005 when the National Trust for Historic Preservation named Key West to its list of America’s Dozen Distinctive Destinations, an annual compilation of unique and lovingly preserved U.S. communities.

According to architect Michael Ingram (who, by the way, was the first openly gay chairman of the Keys’ tourism council), the emergence of the island’s thriving LGBT community in the 1970s was primarily motivated by the restoration and development of guesthouses. 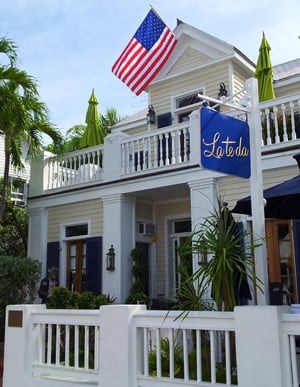 Of course, LGBT residents played a significant role in Key West’s commercial revitalization as well as its architectural renaissance.

Today a bike ride or stroll through the lovely and eccentric Old Town district reveals so many that still enrich the island scene. Meander down Fleming or Southard streets, particularly around the cross streets William and Elizabeth, and you’ll spot breathtaking examples of restored “Conch houses” featuring railed balconies and porches, intricate carved gingerbread trim, and white picket fences with cascading flowers or greenery.

It goes without saying that the gay presence is a vital component of Key West’s welcoming, melting-pot atmosphere. And while some of the early emporiums are gone, gay-owned shops, guesthouses and enterprises of all sorts add charm, character and — on occasion — a welcome dash of spice.

From a small beginning, fueled by the efforts of a farsighted group, the island has become an internationally acclaimed tourism destination, especially for gay and lesbian visitors. So if you’ve never been to Key West (or if you haven’t been lately), isn’t it time you explored it for yourself?