Brewed and Barreled in the Florida Keys

If you’re a fan of fine beers, ales, rums and more, you’re sure to enjoy unique libations created in the Florida Keys.

Islamorada is widely called the sport fishing capital of the world (and jokingly described as “a drinking town with a fishing problem”), but for local brewers at the Islamorada Beer Company, it’s home. At mile marker (MM) 82.9 on the Overseas Highway sits a bright yellow-and-teal–colored tasting room that has served some of the top-selling craft brews in the islands since 2014. 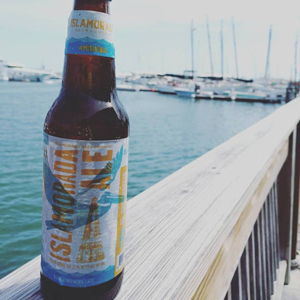 Many offerings call to mind the Keys’ laidback, sun-soaked lifestyle. Some, such as Islamorada Ale and Channel Marker IPA, are available Keyswide at grocery stores, bars and eateries.

IBC also offers some in-brewery-only beers such as the Key lime coconut-infused ale No Wake Zone, Old Road IPA with hints of roasted coffee and Sun Bum Honey IPA, a must-have for a day on the water. The tasting room is open noon to 9 p.m. Monday through Saturday and noon to 6 p.m. Sundays.

Owners Craig and Cheryl McBay infuse local flavors such as Key lime, citrus and Keys honey into their brews.

Some of the most popular brews include FlaKeys, a Belgian-style beer made with Key limes, and Hogfish beer with a note of local citrus flavors. 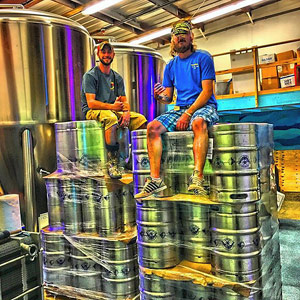 The nautical-inspired space features a main bar, restaurant, game room and bar in the brewery and tasting room, as well as an upstairs deck. The brewery is open daily 11 a.m. to late night, with afternoon happy hours and sampler flights.

The nanobrewery serves different styles of craft beer, from pale ales to Irish stouts — sold only on-site. Visitors can enjoy tours of the operation and beer tastings, including flights of handcrafted smooth, drinkable and not “over the top” flavors such as Calusa Pale Ale.

Key West First Legal Rum Distillery is located in the island city at a former Coca-Cola bottling plant (which was also the pre-Prohibition-era Jack’s Saloon) at 105 Simonton St. Guests can tour the plant and enjoy free rum samplings 10 a.m. to 8 p.m. Monday through Saturday and 10 a.m. to 6 p.m. Sunday.

While state law prohibits distillers from selling alcoholic beverages, visitors can enjoy complimentary rum and Coke drinks — the signature Legal Vanilla Rum & Coke is recommended — if they purchase one of the cola brand’s classic glass bottles. 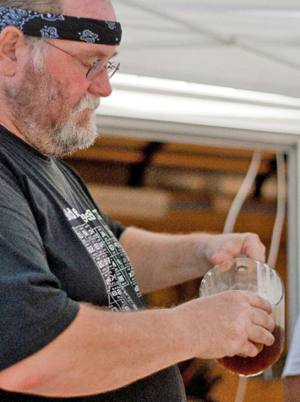 Private guided distillery tours and rum-tasting sessions, often led by distillery founder and local chef Paul Menta, feature quirky stories about Key West’s rum-soaked past. And visitors can buy up to two 750-milliliter bottles at a time to take home.

The many styles and flavors of the Legal Rum brand include vanilla brûlée and other white rums flavored with coconut or Key lime. Flagship bottles bear mug shots of former local residents guilty of alcohol contraband (to match the distillery’s Prohibition-themed interior décor).

The products at Key West Distilling, located at 524 Southard St. in historic Old Town Key West, include the island’s first distilled vodka and whiskey as well as a variety of rums — all produced entirely in-house.

Batches are small — typically five cases for each batch of rum, on average — yet the distillery produces every day. Tours and tastings can be enjoyed 10 a.m. to 5 p.m. Monday through Saturday.