The Amazing Adventures of Santa Keys

‘Twas the night before Christmas and all through the Keys
Smiling holiday revelers savored the breeze.
But in other locations, nobody was smiling
as they braved freezing temperatures far from the islands.

While Keys visitors strolled in the waterfront warmth,
sharing holiday cheer as they made their way forth,
Christmas spirits had plans for the cold “refugees”
who were physically elsewhere but craving the Keys.

That’s why, out on the beach, there arose such a squawking
of unsettled seagulls in seagull talk talking
that drivers of cars cruising next to the ocean
couldn’t figure out what had caused all the commotion.

The moon on the shining white crescent of beach
made the shoreline of Cuba seem almost in reach
when what to the drivers’ amazement appeared
but a Santa in flip-flops and seaweed-decked beard.

Now, this Santa was wise and this Santa was bright
and he sure sympathized with the northerners’ plight.
In his past life, before heading south for the sun,
he too spent the winter months freezing his buns.

So he hijacked a sturdy old boat used for fishin’,
found some Key deer to pull it and started his mission.
Sailing skyward to surf on a tropical breeze,
he steered his ship north bringing gifts from the Keys.

As palm fronds before a wild summer storm fly
(when the shutters are closed and the water is high),
Santa Keys cruised the northern states with his Key deer
spreading visions of warm blue seas and island cheer.

At each house where the residents longed for the tropics,
he left small Keys tokens stuffed deep in their stockings.
There were conch shells and flip-flops and Key lime tidbits,
Margarita mix too — and “Buffett’s Greatest Hits.”

When he dropped the last gift at the last snow-topped house,
Santa Keys told his Key deer to steer a course south.
His farewell drifted back as he snapped some selfies:
“Merry Christmas to all — now come visit the Keys!” 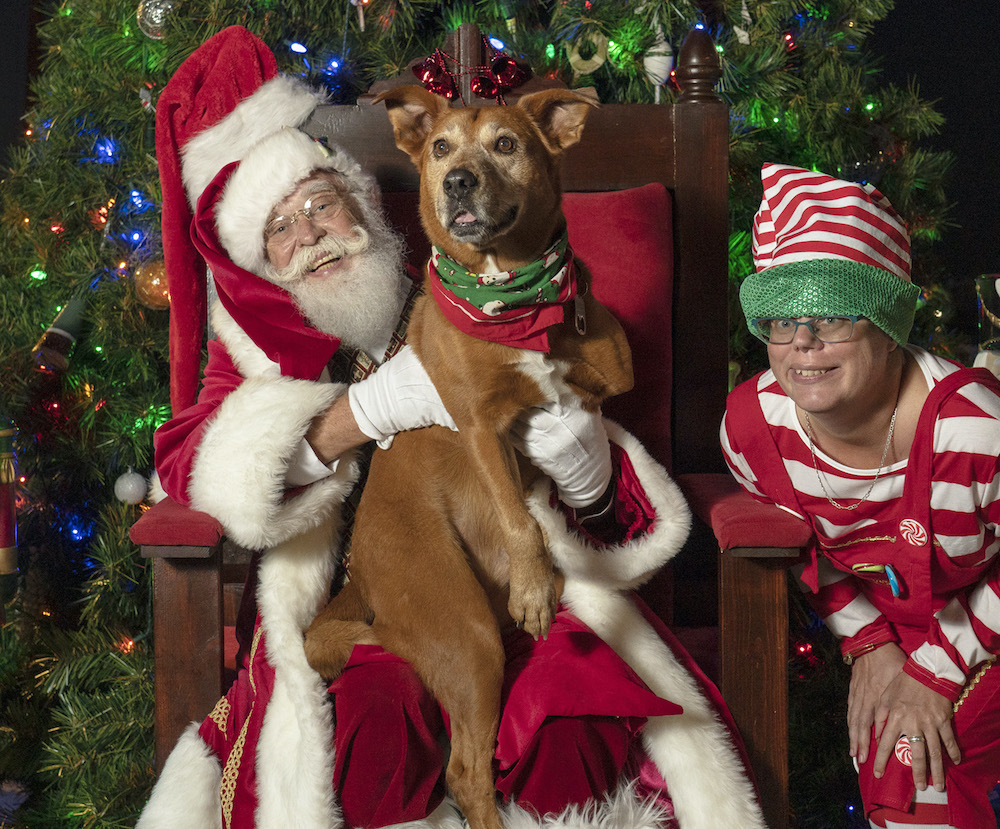