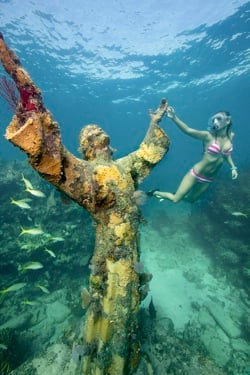 An underwater birthday celebration for Pennakamp is planned at the bronze Christ of the Abyss sculpture. (Photo by Stephen Frink)

The historic happening is set for Dec. 1-11 — and it’s a great time for divers, snorkelers and other visitors to discover or rediscover the remarkable Key Largo park.

Located about 90 minutes from Miami by car, the park was dedicated Dec. 10, 1960 — capping efforts by a farsighted group, including the late “Miami Herald” editor John Pennekamp, to create it.

These days, the park that bears Pennekamp’s name draws more than a million visitors annually. They come to explore its nature trails and beaches, and observe the fascinating underwater wildlife that lives within its 70 nautical miles.

The 50th birthday events are more than a commemoration of the park’s history. They also honor its mission of protecting and preserving the natural resources inside its boundaries — particularly a part of the continental United States’ only living coral barrier reef.

So what’s happening during the celebration? For one thing, an underwater birthday gala and re-dedication ceremony at one of the park’s most famous offshore attractions: the nine-foot-tall bronze “Christ of the Abyss” statue that rests gracefully in 20 feet of water. 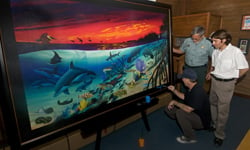 The Pennekamp bronze is the twin of a statue in the Mediterranean Sea. An industrialist named Egidi Cressi donated it to the Underwater Society of America in 1961, and it’s truly an awe-inspiring sight to encounter during a dive or snorkel excursion.

If you attend the Pennekamp festivities, you’ll find land- and water-based events for the whole family — for example, a snorkeling record attempt, a King & Queen of the Reef Gala, a juried photo contest for shutterbugs, and Key Largo’s fun and informative Protect the Reef Days.

An educational fair and environmental expo is scheduled at Pennekamp Saturday, Dec. 11, with exhibits, oral history tales told by former park managers and staff, and kids’ activities — plus a presentation by world-renowned oceanographer and explorer Dr. Sylvia Earle, named “Time” magazine’s first Hero for the Planet. 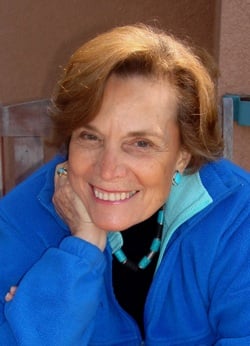 Legendary oceanographer and explorer Dr. Sylvia Earle, “Time” magazine’s first Hero for the Planet, will be the celebration’s featured speaker.

There are plenty of other things to intrigue you at Pennekamp, too — among them viewing the reef from a glass-bottom boat, canoeing, kayaking or fishing. And don’t forget Pennekamp’s land-based attractions: nature trails, picnic pavilions and beaches where you can catch a few rays and relax between more active pursuits.

But even that’s not all. During the birthday doings, Key Largo businesses are offering special rates on everything from accommodations and dining to dive and snorkel trips, and a whole lot more.

If you can, head for the Keys to attend the 50th birthday party for the national treasure known as John Pennekamp Coral Reef State Park. If you can’t make it, then take a little time Dec. 1-11, wherever you are, to remember and celebrate Pennekamp’s underwater world — a world well worth celebrating.

Dancing With the Admiral … and Other Piratical Pleasures