Hardly a weekend goes by in the Florida Keys & Key West without a special event or festival taking place. Providing entertainment and enjoyment for visitors throughout the year, the events celebrate everything from the Keys' colourful history, artistic culture and quirky ambiance to underwater wonders, outdoor adventure and tasty cuisine.

While some selected 2017 highlights are spotlighted here, a full year-long schedule of events throughout the Keys can be found at: fla-keys.com/calendar.

Events also abound for athletes and fans of land and sea adventures. Runners can chart a course over one of the world's longest segmental bridges, the centrepiece of the Florida Keys Overseas Highway, during Marathon's renowned Seven Mile Bridge Run (1 April, 7mbrun.com), while distance swimmers can test their strength in Islamorada's 9-mile open-water Swim for Alligator Lighthouse (23 September, swimalligatorlight.com).

The life and work of legendary author Ernest Hemingway, who lived and wrote in Key West during the 1930s, are recognised during the annual Hemingway Days Celebration (18-23 July, hemingwaydays.net), while Humphrey Bogart's films and legacy take centre stage during the Humphrey Bogart Film Festival (18-22 October, bogartfilmfestival.com) - held in Key Largo, where parts of the eponymous Bogie classic were filmed.

Some events are designed to appeal specifically to the Keys' LGBT visitors, such as Key West Pride (7-11 June, keywestpride.org) and Womenfest (6-10 September, womenfest.com).

And for those who want to experience the eccentric spirit of Key West, it's embodied in the Conch Republic Independence Celebration (21-30 April, conchrepublic.com). The offbeat event commemorates the Florida Keys' symbolic secession from the United States in 1982, and rebirth as the independent Conch Republic, to protest the establishment of a U.S. Border Patrol blockade at the head of the island chain. 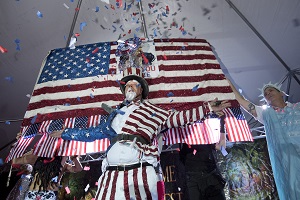 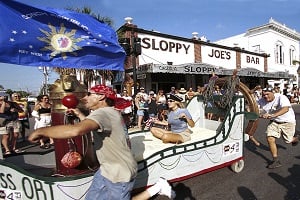 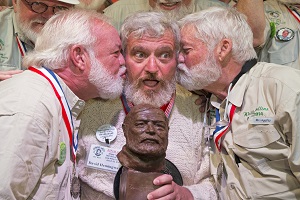 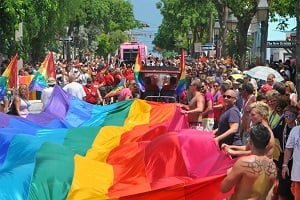