Nick Stanczyk: A Fish and Smile Away From Childhood

ISLAMORADA -- Despite a resume that includes helping pioneer daytime swordfishing, arguably one of the greatest discoveries in the recreational fishing industry in the last decade, Nick Stanczyk is just 27 years old — and sometimes feels like a child during his day's work.

"Every time I see the smile that comes to a kid's face when he catches a fish, it brings me back to the days when I was a young kid fishing off the dock of the marina," Stanczyk said. "I feel like I was one of those kids just the other day, and it's a good feeling."

As the son of fishing legend Richard Stanczyk, who has owned Islamorada's iconic Bud N' Mary's Marina since 1978 (seven years before Nick was born), Nick Stanczyk is a true "Conch" or Florida Keys native.

Raised in the Keys and an angler all his life to date, he spent most of his childhood hanging around Bud N' Mary's, fishing after school and on days off. Later, after high school, he followed in his father's footsteps by attending the University of Miami.

"For as long as I can remember I've been catching and eating fish, but I still can't cook them," the youthful Captain Nick Stanczyk admitted.

Led by his father Richard, Nick and the team at Bud N' Mary's are perhaps best known for discovering a large body of broadbill swordfish off the coast of Islamorada.

Prior to the 2002 discovery, few broadbill swordfish had ever been caught and typically they were targeted only at night. The Stanczyks and their crew discovered how to fish for them during the day and have turned Islamorada into a top destination for catching the species.

"We spent a few years trying to figure out how to target these swordfish and some days we still scratch our heads," Nick Stanczyk said. "If you look at fishing in the United States in the last decade, I can't think of another fishery that's been newly developed like this daytime swordfishing."

Stanczyk and the Bud N' Mary's team's efforts have been copied in other locales, with daytime swordfishing now taking place all the way up the East Coast through North Carolina and through the Gulf of Mexico into Texas.

In the last few years, Nick Stanczyk has captained swordfishing charters for visitors from around the world. Hailing from places like Australia, Germany, England and more, they all came to Islamorada just to fish for swordfish.

These days, the young captain can be found fishing for anything in the Atlantic Ocean side of the Keys aboard his 34-foot Crusader, the B n' M.

A true family affair, Bud N' Mary's Marina is the home of 40 different fishing captains. As well as Nick's father Richard Stanczyk, it's run by Nick himself, his brother Rick and his Uncle Scott.

"I love that fishing is a family atmosphere," Nick Stanczyk said. "It's something a family can all do together."

He hopes to carry on the Stanczyk family tradition, keeping the name of Bud N' Mary's Marina alive, living and raising a family in Islamorada — and spending time on the water fishing with children of his own one day. 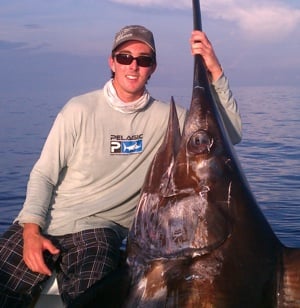 Nick is the son of fishing legend Richard Stanczyk, who has owned Islamorada’s iconic Bud N’ Mary’s Marina since 1978. The junior Stanczyk has fished his entire (youthful) life. 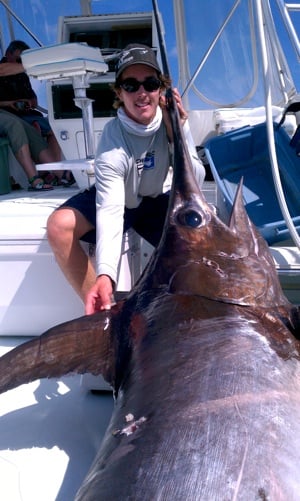