While most children who visit New York's Coney Island find themselves enamored with the rides, sights and sounds of the boardwalk, Pasta Pantaleo found himself obsessed with a large replica sailfish.

"I grew up with a love of cars, so I always said that sailfish are like a Ferrari and tarpon are like a four-wheel-drive truck," Pantaleo said. "I've always been fascinated with the structure of a sailfish and found myself drawing that sailfish from Coney Island millions of times before I ever saw a real sailfish."

Today, Pantaleo is recognized around the world as a game-fish artist. He runs an acclaimed gallery, Pasta Pantaleo's Signature Gallery, at mile marker (MM) 81.5. He also helps showcase the creative culture of the Upper Keys through his work as president of Islamorada's Morada Way Arts and Cultural District.

A native of Italy, Pantaleo spent most of his childhood in an Italian immigrant neighborhood in Brooklyn, N.Y. Eventually, as a young teenager, he made his way to South Florida.

Born Roberto Pantaleo, the artist has gone by the name "Pasta" for many years. He inherited the nickname from his older brother Nick, often called "pasta fazul" by friends because of his heavy Italian accent and their difficulty in pronouncing the name Pantaleo.

He credits his artistic talent to another inheritance — abilities passed down from his artist father.

Pasta Pantaleo spent much of his professional life working as a commercial graphic designer and indulged in sport fishing and boating as hobbies. His stellar career in game-fish art began in 1999, when he was contracted to produce a poster for a fishing tournament in Pompano Beach, Fla.

"That was when I realized that my fishing life, my marine life and my art life could be put together a little bit more," Pantaleo said. "Because the two loves I had were painting and fishing."

He spent the early years of his fine-art career working with several local Keys galleries and fishing tournaments, traveling back and forth to the Keys frequently for art shows.

After selling his South Florida graphic design business in 2006, Pantaleo decided to move to the Keys permanently. He opened his first gallery, called Keys to Life, on Windley Key.

Soon after his move to the Keys, he began offering gallery nights at his art gallery, partnering with other local galleries and businesses to create culturally entertaining evenings for visitors.

"In my opinion, the fishing guides, artists, musicians and chefs are the fabric of what holds the Keys together," Pantaleo said. "They all work with each other to make a really great experience in the Keys. They're what people come down here to experience, and they (visitors) don't realize that we have the best of each of those groups down here."

Eventually, those gallery nights and partnerships led to the formation of the Morada Way Arts and Cultural District, a nonprofit volunteer organization whose mission is to increase awareness, knowledge and support of the arts and the unique culture of the Upper Florida Keys.

On the third Thursday of each month, the organization hosts the Morada Way Arts and Cultural District Third Thursday Walkabout. The 5-9 p.m. cultural stroll features national and local artists and artisans who are showcased in galleries on Morada Way between MM 81 and 82, as well as live music, food and vendors.

"I've always been a person who likes to band people together to better the community," Pantaleo said.

Each day, the artist strives to improve his craft of capturing the majesty and beauty of the Keys marine life and environment. He sees his home in Islamorada as similar to living in a small fishing village in his native Italy — with its slow pace allowing him the opportunity to stop and appreciate the natural beauty that inspires his work. 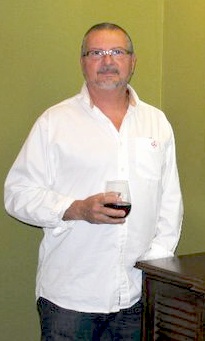 A native of Italy, Pantaleo spent most of his childhood in an Italian immigrant neighborhood in Brooklyn, N.Y. Eventually, as a young teenager, he made his way to South Florida. Images courtesy of Art by Pasta