KEY WEST, Florida Keys — Singer-songwriter Jimmy Buffett and his Coral Reefer Band are to perform two additional concerts in Key West, his former home and the island widely credited with inspiring his signature sound, on Saturday and Monday, Feb. 4 and 6, at Key West Theater. The shows are in addition to his now sold-out performances on Thursday and Saturday, Feb. 9 and 11, at Coffee Butler Amphitheater.

The newly-announced performances are exciting news for local Florida Keys Parrot Heads. Tickets, on sale at noon Friday, Feb. 3, are available in person only at the Key West Theater box office at 512 Eaton St. The theater provides an intimate venue with 278 seats for each of the two newly-announced shows. The now sold-out performances at Key West’s Coffee Butler Amphitheater in Truman Waterfront Park take place at 7 p.m. Feb. 9 and 11.

The internationally acclaimed Buffett lived and wrote in Key West during some of his most productive years, and the island is believed to be the inspiration for tunes including his smash hit “Margaritaville.”

As well as peppering his song lyrics with frequent Key West references, Buffett established his first Margaritaville Store and Margaritaville Café on the island. He also maintains a recording studio overlooking the former shrimp docks. 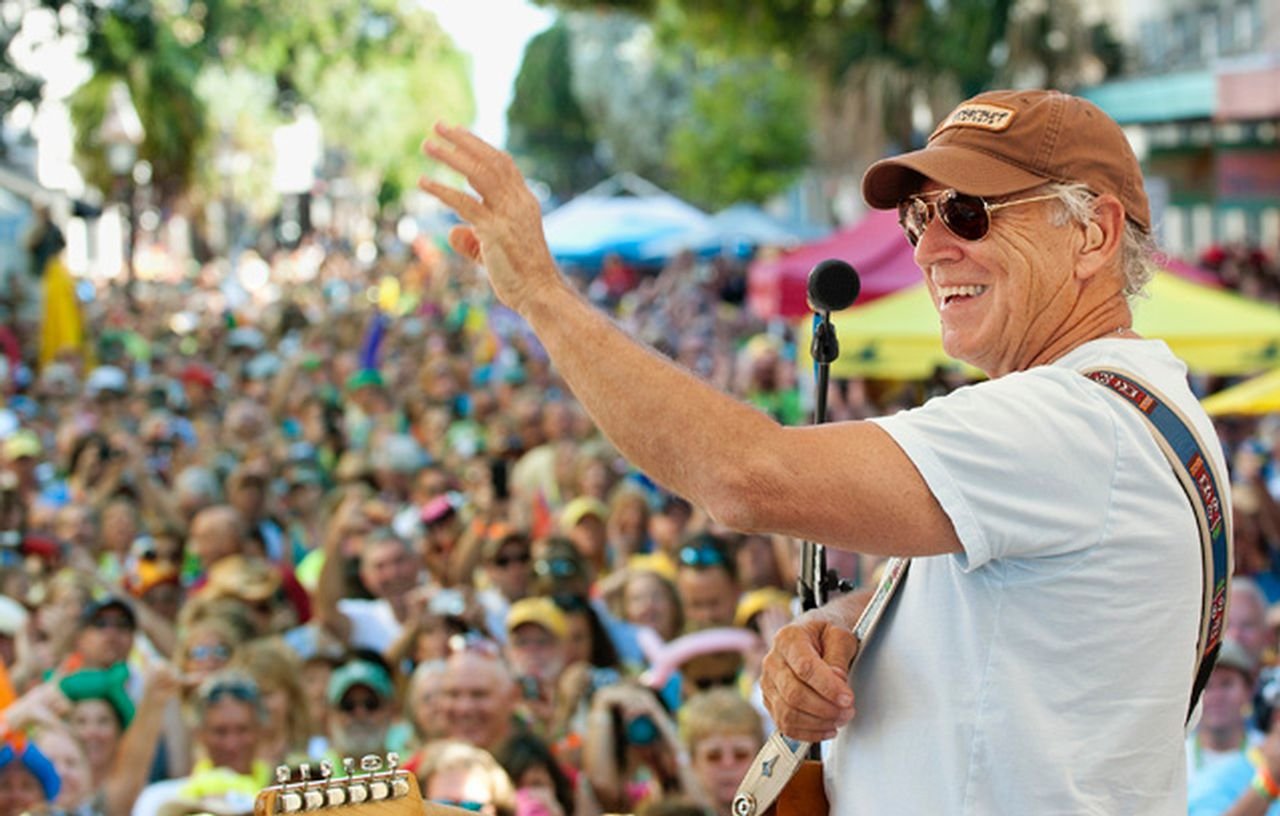 Singer/songwriter Jimmy Buffett pictured performing before some 3,500 of his fans on Duval Street Friday, Nov. 4, 2011, in Key West in a surprise appearance during the 20th Parrot Heads Convention. Photo: Rob O'Neal