Presented by the Lower Keys Guides Association, the tournament is open to all anglers and is a fundraiser for the LKGA and the Florida Keys Guides Trust Foundation, which provides funds to assist fishing guides who are recovering from an illness or injury.

Participants in the team event earn points by catching and releasing fish in the target species on either fly or spin tackle. Awards await the three teams in each division with the highest total points that represent catches of all three species.

If no team catches all three, the team with the highest point total representing two species will be declared the winner. Additional awards are to be presented to the top three teams in the youth division for anglers age 12 and under.

Final registration, check-in and rules pick up for the Showdown are slated for 4-7 p.m. Thursday at Sugarloaf Marina, located at 17015 Overseas Highway beside Sugarloaf Lodge. A silent auction and “Papa’s Pilar Rum Bar” are planned as well.

Fishing is set for 7:30 a.m. to 4 p.m. Friday and Saturday. A maximum of three fish of each target species can be scored per day in each division.

The tournament awards dinner is scheduled after Saturday’s fishing at Sugarloaf Lodge’s grassy point. The event begins at 6 p.m. and the silent auction is to conclude at 7 p.m.

The entry fee is $250 until Oct. 31 for a two- or three-person team and $300 thereafter. Competition is open to all anglers and guides, but only two people on each team are allowed to fish. 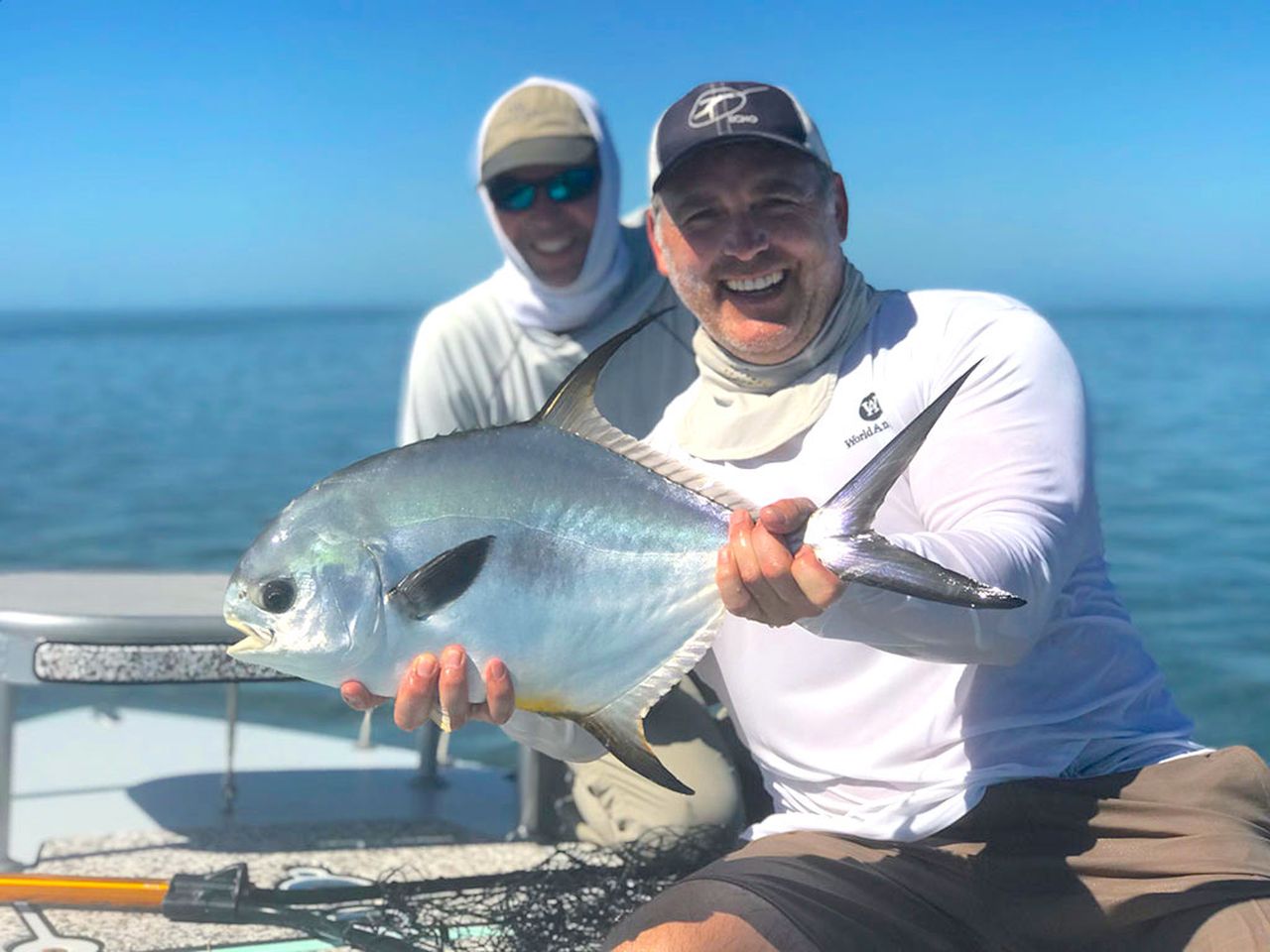 A nice permit from the 2019 Showdown challenge. 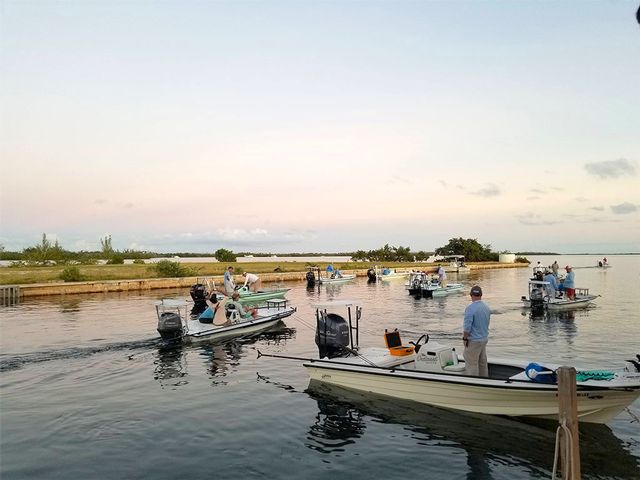 Anglers are ready to set out and test their skill at catching bonefish, permit and barracuda.